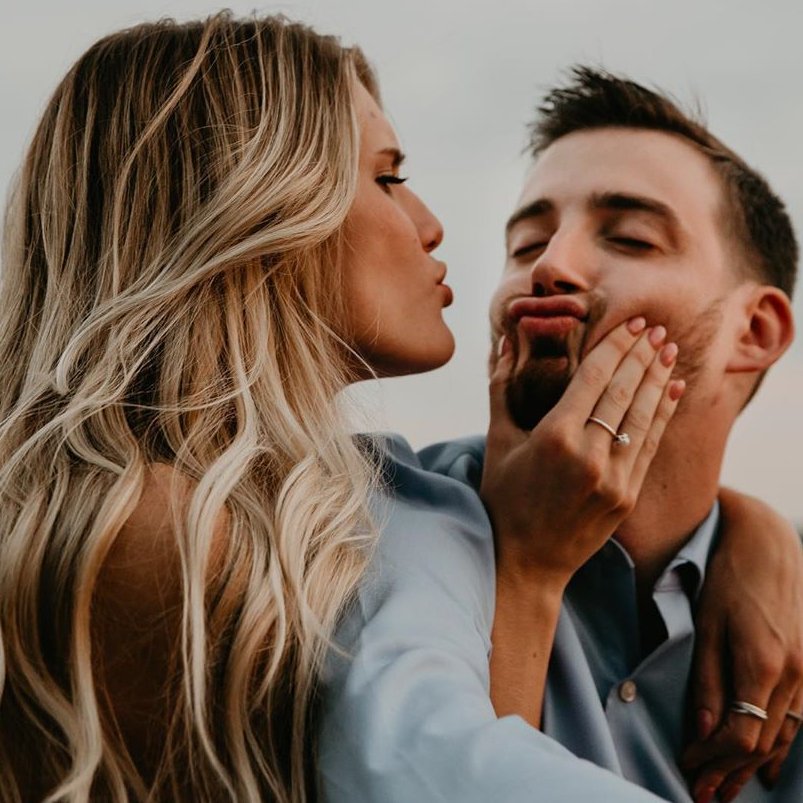 If you're too nervous to flirt with your crush in person, you can start by flirting with him online. You just want to make sure you say the right thing, because he won't be the only one who sees it. Here are a few flirty comments you can leave on his Instagram photos:

If you compare him to a celebrity, it'll make his day. Just make sure that he looks vaguely similar to the celeb. Otherwise, he'll think you're making fun of him.

2. Red is Definitely Your Color

Tell him that whatever color he's wearing makes him look amazing. You can even state that it brings out his eyes or works wonders with his complexion.

3. Stop Showing off. We All Know You’re Attractive

If he posts a picture of himself showing off his muscles in the mirror, you should tease him with a comment like this. It'll let him know you're well aware that he's trying hard to look good. But you'll still be paying him a compliment.

4. I Almost Forgot How Cute You Are

If you haven't seen him in a while, this is the perfect way to get him back into your life. It should remind him to text you.

5. You Look Good, but Your Hat Sucks

If he's wearing a baseball cap for a team you hate, this is the perfect way to be playful with him.

6. I Didn’t Realize I Was Friends with a Male Model

If you really want to give him a good compliment, compare him to a model. It'll really boost his confidence.

7. So Jealous of That Food

This is a quick and easy way to let him know you miss him. With any luck, it'll push him to ask you to hang out.

This is short, sweet, and to the point. It'll let him know you're attracted to him without going overboard.

10. The Camera Loves You

You've heard this phrase before. That's why it's a playful little thing you can say to him.

11. I Love a Man That Can Rock a Sweater

Pick a piece of his outfit and use it in your comment.

12. No One Should Be Allowed to Look That Good without a Filter

This is a pretty straightforward compliment that should make his day.

This will hint at the fact that you're interested in him.

This is going to give him a big head, but he'll be happy you said it.

If you don't want to write out a big long message, just give him a rating instead. Of course, it he can handle teasing, you can give him a zero out of ten instead of a ten out of ten.

16. Have You Been Working out?

This is cliche, but it'll get the point across. You think he's hot.

This is a bold thing to say, but it's sure to get him smiling.

Don't be afraid to flirt! It's the only way he'll realize you're interested. What's the best comment you've ever left on a man's picture?