10 Signs Your Boyfriend is Straight up Lying ... 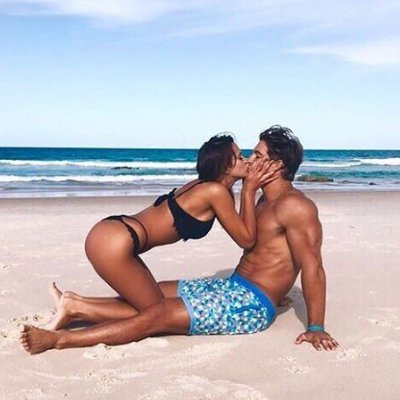 No girl wants her boyfriend to lie to her. But sometimes it’s hard to tell if that’s what’s going on. These’re the signs you need to be alert for. Any of these can mean that your boyfriend is straight out lying to you and the more you see, the more likely that is to be true.

1 His Story Doesn’t Add up

If your boyfriend’s story doesn’t add up then be suspicious, ladies. While there’re times that this doesn’t mean anything, most of the time it does. It’s possible that he’s not telling you the whole story because of a legitimate reason. Maybe he’s doing something to surprise you or just doesn’t want to worry you about something. Be open-minded but be realistic, too.

Is your boyfriend acting guilty? Maybe he’s really defensive. He could be extra sweet as if he has a guilty conscience. Basically, you can tell his behavior is off and he acts like he’s done something wrong. You can be observant for other signs or call him out on his odd behavior and ask him what’s up.

3 He Avoids Eye Contact when He’s Talking to You

This one depends on your specific boyfriend. If he normally makes eye contact with you but suddenly won’t then that’s a sign he could be lying. Avoiding eye contact when he usually makes it means there’s probably something he isn’t telling you. If he’s never made eye contact often then you can’t really go on this one. Any suspicious behavior is worth noting, though.

4 You’ve Caught Him Lying to Others

You can’t help but feel distrustful when you know your boyfriend is often dishonest with others. After all, if he lies to others then why wouldn’t he lie to you? You know he has no problem bending the truth. The trait of dishonesty isn’t one you want in a man you’re in a relationship with. It’s a red flag you want to heed now.

5 His Actions and His Words Don't Match

If his actions don’t match up to what he’s saying then there’s an issue. Maybe he says he’s working on restoring a classic car when he’s gone on weekends but there’s never any change in the car. Basically, being alert and following common sense thinking here are the keys. Anytime you catch your man in a lie you have to ask yourself why he’s lying to you. If it isn’t something he’s willing to stop doing then you need to consider moving on.

6 He Tries to Turn the Blame to You

Blaming you could be a ruse for his actions. If he always tries to make things your fault or distract you from the real issue, he could be lying to you. Rather than go into explaining what’s really going on, he shifts blame. The trick is figuring out if he truly feels something isn’t his fault or if he’s just pushing the blame on you to cover up the fact that he’s lying. You’ll figure it out easily enough by listening to him.

7 Your Intuition Tells You He’s Lying

Intuition isn’t accurate 100% of the time but it’s usually very close. In my life, I’ve found intuition serves me very well in telling me when something’s off. Yours probably does the same thing. If you’ve got a strong feeling that he’s lying to you then he probably is. Of course you always want to leave room for a mistaken intuition but remember that’s a rare occurrence.

8 He Gives Too Much Info

Sometimes when people lie they start to divulge useless information because they think it helps pad their story and block you from thinking it's a lie. If your man is doing this then he could be feeding you a lie.

9 He Gives Too Little Info

Going along the lines of too much info is the guy who doesn't give enough information. He's lying so he's got to keep it as simple as possible to continually keep his story straight. If this is your man, you could be a victim of a lie!

If your man has recently starting deleting his browser history, texts, phone call log, etc then there's a good probability he's trying to cover his tracks and cover up a lie. Sure, once in awhile it's okay to clear out that junk, but too often probably means he's hiding something.