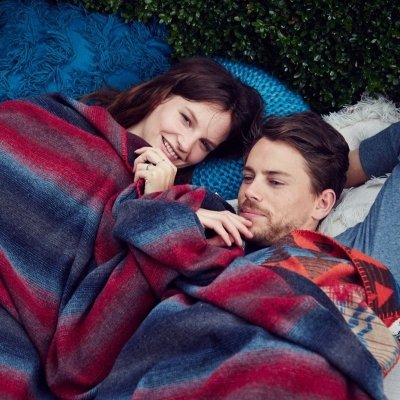 The first step when you fancy your friend’s ex is to work out how she’s likely to feel. Start by thinking about when the relationship ended. If you like her ex and they split up within the last fortnight, she’s likely to be pretty upset – it’s a good idea to wait a while, in those circumstances. If it’s within a month of the split, tread carefully. If they split a while ago and she’s moved on, it’ll be much less drama and she’ll be much more likely to support you trying to have a relationship with him. There’s no guarantees when it comes to people’s emotions, but if they split a while ago and they have no feelings for each other, you should be okay to move forward.

2. Think about the Relationship…

It’s not just the ending that is important. If your friend’s relationship was on-off, for example, one or both of them could be holding out hope that they’ll get back together. It can be easy, in that type of relationship, to get used to the off bits just as much as the parts when you are together. If it was a dramatic relationship, your friend could still have some unresolved problems, and that’s not something you want to put yourself or a new relationship in the middle of!

3. What do You Know about Him?

Now, see what you know about him from their relationship. Was he a good boyfriend who treated your friend well? Did he have mood swings or upset her frequently? Is he manipulative or a bit of a player? It’s worth having a real think about this. It can be easy to convince yourself that he’ll be different for you, that you’d make him a better boyfriend, but a leopard rarely changes its spots. Take a look at him and make a decision on whether he’s worth the effort.

4. Speak to Your Friend…

Your loyalties should lie with your friend, so before you even think about telling him how you feel, you need to work out how she’s feeling about him. You can either do this subtly, by bringing him into a conversation, or by asking her outright. Ideally, she’ll tell you that she has no feelings for him and they are just friends. If she doesn’t, though, it might be time to back away. You don’t want to cause your friend pain if she’s not over him.

Next up, you need to tell her how you’re feeling. Take her somewhere private, and admit that you have feelings for your ex, and you’d like to see where things go with him. It’s better to have this type of chat in person, so you can see how she initially responds, and to protect yourself if she does get upset and thinks about forwarding it to her ex herself. So, find a quiet time to talk to her, and be honest and friendly.

Your friend might say that she’s okay with you dating her ex, but then find it a bit more difficult than she was expecting. She could find the sight of the two of you together a bit too much to bear, or find it difficult to not feel lonely when you’re talking about dates. Try to prepare yourself for this, and spare her any unnecessary details. Breakups are difficult, and you’ll appreciate the same care back when you’re in that position!

If your friend can’t give you her blessing to date her ex, you might have to decide between staying friends with her or trying a relationship with him. This is always a tough decision. Consider whether he is really worth losing a good friend over. Think about whether you like him enough to make this worthwhile, and whether you have a good chance of going the distance. Make sure that you’re not just throwing a friendship away because he’s hot, or you’re lonely – you don’t want to lose a good friend for a bit of a flirt but nothing more!

These are the key steps when you fancy your friend’s ex. If you’ve got to this point, you’ll know what your friend thinks, and whether he’s worth risking a friend for. Now you can approach him, if that’s what you’ve decided to do, and ask him on a date. Just remember to be considerate of your friend, whether she’s cool with the date or not! And have fun. First dates make great memories! Have you ever gone out with a friend's former flame?