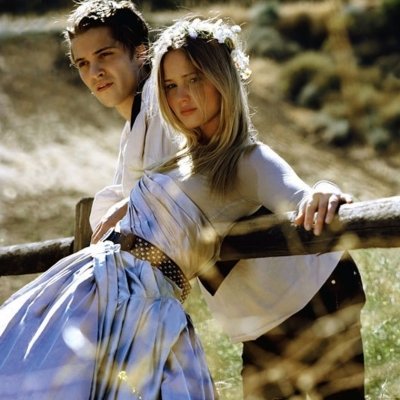 How many types of breakups have you been through? Yes, that’s right – there’s more than one way to have your heart broken, or to do the heart breaking. Unfortunately, there is a variety of breakups that most people seem to go through at some point in their life, and most of them need to be dealt with in different ways to speed up recovery. Here’s a lowdown on the types of breakups you could go through, and some tips on handling them.

This is probably one of the best types of breakups, as strange as that sounds. It’s as peaceful and painless as it’s going to get when you’re dealing with splitting up a relationship. You both know that it’s not going quite right, or that this won’t last forever. You’re in agreement that you shouldn’t be together. There might even be a sense of relief among all the pain and emotion. The best way to approach this? Be honest with each other, and make the split as clean and quick as you can. And however much you want to be friends, agree on a few months of no contact first, or you’ll cause yourself pain every time you speak.

Circumstances change, and they can break up relationships. It could be for any reason. Your parents could hate each other, you could need to focus on school, you could live too far apart. You might even find that one of you is going away for college, or moving abroad. This type of breakup will hurt, but that’s lessened by the fact that there is a solid reason for it – it takes the focus off what you might have done wrong.

Ultimatums are a topic which divides people. If your partner is doing something you don’t like, such as visiting strip clubs or watching porn, you are well within your rights to walk. But if you’re just not in the same place yet, is it fair to issue an ultimatum? You could be threatening to leave if he doesn’t propose within the next year, or if he won’t quit the sports team, or even if he’s got a rubbish car that you hate. Breakups caused by an ultimatum can hurt more because it’s easy to think that with some compromise, you could have made the relationship work. You will feel a relief now that the pressure has dropped, though, and it gives you both time to consider whether you really wanted the relationship as it was. At the end of the day, if one or both of you is upset enough for an ultimatum, it was unlikely to be making you both happy.

Sometimes, your partner will say something that just changes how you think about them. Or maybe you’ve offered a thought or opinion and he’s seeing you differently now. It can be something big – war and religion, for example, are big topics! – or something small. It could something that will directly affect your future, such as child discipline, or something that you’ll never encounter. There have even been some famous cases of it being something crazy – have you heard the engagement ring story? A man had been with his girlfriend for years, and had planned a beautiful proposal in her favourite park. All he needed to do was buy the ring, but he was a little confused at how much to spend. He started a conversation about ring costs, hiding under the guise of a wedding programme on TV, and mentioned that people thought $2,500 was a fair price. She scoffed, and said that a ring worth less than $25,000 wasn’t worth having. Needless to say, he canceled the proposal…and a few days later, after considering it further, the whole relationship. Sometimes there is just no moving past what has been said. If you’re the person who made the comment, it can be painful to think that if you’d picked your words more carefully, you could still be together. In most cases, though, the breakup would have happened at some point. It’s a fundamental compatibility issue.

Most people get cheated on at some point. It’s sad, but it’s true. It could be at school or it could be a later relationship. It might be your boyfriend or your husband. Whoever it is, if they care about you, it’ll hurt. It’s the ultimate betrayal. Depending on your situation, you might decide not to see the cheat again, or you might have to make plans to move out or separate financially. Either way will hurt, and you’ll need to give yourself a safe and healthy outlet for the hurt and anger, as well as time to rebuild your faith in other people. This is all normal. If you feel like never having a relationship again, accept that it will change. Grab your closest friends, some tissues and some movies, and weep that pain out.

So everyone knows that few people stay with their first love, but when you’re in that relationship, you’ll always believe that you’ll be different. You’ll be that cute couple who met at 14 and are still together at 104. Nothing hurts the same as that first split. Some people believe that it changes you, and you never fully recover. Why? Well, that first breakup has a lot to teach us. It shows us that the world is a big place, and that the people we love might not feel the same. It teaches us how much unrequited love hurts. It teaches us that the world is our oyster, and you should meet new people and grab new opportunities. You will eventually move on. You’ll always remember, but it won’t hurt. This one is a rite of passage, really.

This is probably the most painful of all the types of breakups. You aren’t expecting it. There have been no clues, no little niggles, no doubts. You probably think that you are happy, and you’re making plans. And then BAM. Out of nowhere, you are completely blindsided by the breakup. It’s traumatic, as well as painful, and it can make you paranoid. It can make you feel like you can’t trust anyone. Getting over it involves working through the shock and trauma, even before you start healing.

These types of breakups all suck. None of them are easy to go through, and you’ll almost certainly hurt a bit for all of them. You’ll probably even hurt if you were the one that pulled the plug. Be kind to yourself. Let yourself heal, and know that everyone follows their own process, but everyone will understand. We’ve all been there. Have I missed any types of breakups? I’d love to hear any tips that you have for getting through them!