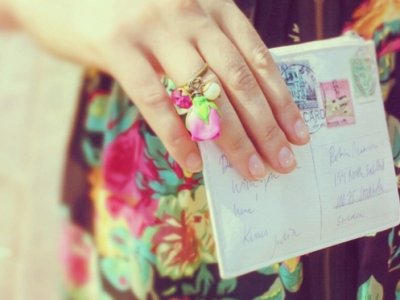 Love is definitely in the air at the moment, and there are stories of amazing love letters absolutely everywhere. From Nicole Kidman revealing the secrets of her apparently uber-romantic husband Keith Urban to Elizabeth Taylor’s letters to her first fiancé at 17 and even those saucy war-time letters from a British soldier to his wife that were auctioned recently, there have certainly been some amazing love letters to enjoy. Check these out, and give yourself that warm loved-up feeling.

Elizabeth Taylor wrote such amazing love letters that a collection she wrote for William Pawley Jr, her fiancé at the age of 17, sold for $47,000 at an auction in 2011. The collection featured 66 letters from Elizabeth herself, alongside 20 letters from Elizabeth’s mother which implored 28-year-old William to leave her daughter alone. “I want our hearts to belong to each other throughout eternity – I want us to be ‘lovers’ always. Even after we’ve married seventy-five years and have at least a dozen great-grandchildren,” Elizabeth wrote in one letter, before turning more hostile in later letters: “I received your wire this morning about sending the ring and bracelet to New York. I have the ring on now, it is sparkling so beautifully in the sunshine. I suppose this will be the last time I have it on, at least for a while, so take good care of it Darling. My heart is embedded right there in the center of it.”