8 Body Language Signs Your Relationship is on the Rocks ...

A lot of times men have a hard time expressing their feelings. That is why I wrote 8 body language signs your relationship is on the rocks. When a guy starts to become distant from you and doesn't talk about it, it is hard for us to know exactly what they are thinking. But with these signs your relationship is on the rocks you can have a better understanding of what is truly going on behind the body language motions.

1 He Clenches His Fists

This is an unconscious sign your man is preparing for a fight when he is angry. He is on the border of blowing up, but trying not to. Next time you get in a fight, see what his hands are doing.

2 His Focus Isn't on You when You Kiss 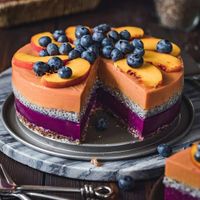 Foolproof Tips for Sticking to Your Diet This Year ... 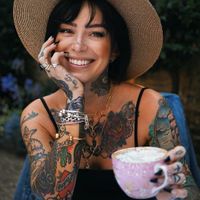 Youll Be Sorry if You Miss These Flash Tattoo Inspirations ...

3 His Jaw is Tense

When a guy is fuming, he tenses up where his jaw meets his cheekbone. If you can see his jaw flexing know that your man is extremely angered at the moment.

Hand holding is a way to physically connect with someone. When he's trying to emotionally pull away, his hand hold is usually limp and lacking any effort. Keep in mind what is going on for him about you on the inside is reflected in his physical contact with you.

5 He Looks up and to the Left

6 He Touches His Ears or Nose

When a man is being deceptive, his ears and nose will begin to itch because the body's natural response is for blood to rush to the face. If your guy doesn't have allergies be very aware of times he toys with his face.

When a guy physically shifts his body away from you or gives you just his profile, this is a big red flag. He doesn't care about you the way he used to and is trying to be rude instead of having a conversation with you about it. If he is scanning the room and averting eye contact, you're in trouble. Don't let yourself be treated by someone who isn't that into you anymore.

8 He Covers His Lips with His Hands

This body language move is a sign a guy is lying. If during a conversation you find your man covering his lips with his hands, it is because he is unconsciously trying to block the truth from slipping out. Sometimes another way to know if a guy is lying he will lick his lips and direct his eyes down towards the right.

I hope with these 8 body language signs your relationship is on the rocks you have a clearer indication which way you and your partner are going. Keep in mind a lot of these can also be a cover up for him cheating besides wanting to break up. Not all are because he wants to break up, but usually if a guy is acting this detached or lying to you it isn't because he is madly in love anymore!