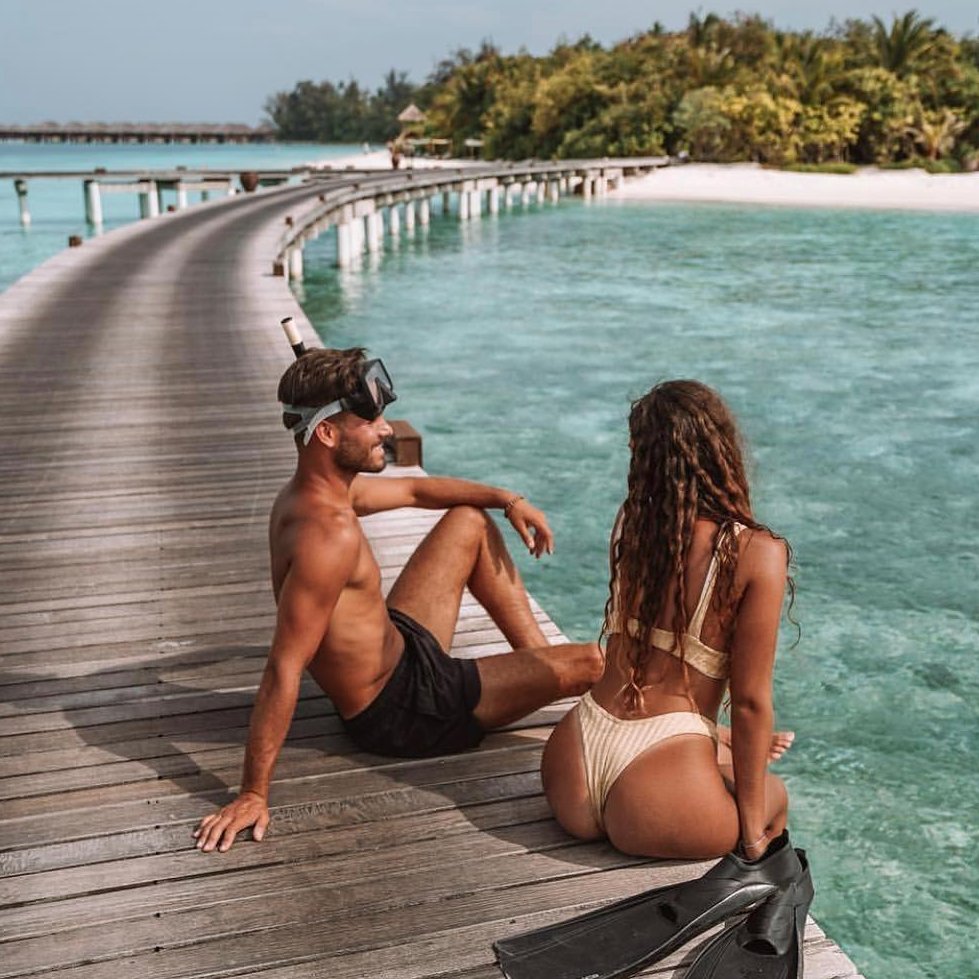 I think we’ve all encountered a time when someone is flirting with your guy and as infuriating and uncomfortable as it can be, there are classy ways to deal with the uneasy situation. I know you feel like body slamming anyone who dares to ogle or flirt with your sweetie but reacting in calm and cool way will earn you tons of respect from your man while showing your loyalty to your relationship.

When you suspect someone flirting with your guy, stop and think about it. Are you overanalyzing the situation or is there truly some propositioning going on? Some women are just very outgoing in general and have no intention of trying to steal your man but can come off as overly friendly. Assess the situation before taking any action. You don’t have to react immediately and you’re probably better off taking a moment before you say or do anything to anyone!

Another thing to look out for when you see someone flirting with your guy is whether your guy started the interaction or is encouraging this behavior. You obviously don’t want to confront the other woman if your guy is the one who gave her the green light! Your guy might feign innocence and while you don’t want to castrate him just yet, just subtly let him know you’re aware of the situation without overreacting or embarrassing him and that you’re not too crazy about the idea.

When looking for ways to deal with a flirt, make sure you man is aware of where you stand on the subject. Don’t assume he knows that you hate any kind of subtle flirting, being too friendly or anything of that sort, be straightforward and honest. Be careful though, you don’t want the conversation to turn into a lecture on what your man can and cannot do. Let him say his piece and share his thoughts and feelings too.

4. Don’t Try to Make Him Jealous

One of the sure ways you don’t want to deal with a flirt is to try and get back at your guy by flirting incessantly with someone. If the alleged flirting really was innocent and you go and flirt with one of his friends or some random guy, it looks childish and vindictive-neither which are attractive qualities in a mate. Think about it, how would it make you feel if you were in his shoes? It could easily escalate the problem instead of making things better!

5. Flirt with Your Man

When you see someone flirting with your guy, use it as a prompt for you to start flirting with him too! When was the last time you actually flirted with him like you did back when you were first dating? We can get comfortable with our mates and just assume that we know we think they’re sexy, cute and fun but they’d like to be wooed and flattered too! So, make sure your man knows where you stand on flirting but don’t let that stop you from flirting with him!

In some situations when you find someone flirting with your guy the best thing to do is to confront the other person. Don’t think of this as an opportunity to start a fight, just be firm and let her know that her advances aren’t welcome. Try to remain calm, you don’t want the other woman to see you sweat or let her know that she caused you to be angry. Avoid calling her names or cursing, you don’t want to appear rash, be the bigger person.

When you’re trying to figure out how to deal with someone flirting with your guy, always be assertive. You want both your guy and the other person to know you’re serious about not tolerating any hanky-panky and that you’re not just going to stand by and watch. Being confident and assertive is not only attractive, it commands respect so don’t be afraid to stand up for yourself!

Lastly, in dealing with someone flirting with your guy, remember to have faith in your relationship and in him. It’s easy for us to automatically assume to negative but you and your guy are together for a reason and don’t allow some stranger to cause any discord between you two! There are all sorts of different personalities out there so just be aware of that and focus and stay loyal to your man and your relationship rather than someone else!

Dealing with someone flirting with your guy is a sensitive and tricky subject and in the heat of the moment, the situation can turn very ugly. Always practice patience and don’t be quick to point fingers at people or start arguments. Keep these tips in mind in case you ever run into this sticky situation and always be a lady! How do you deal with someone flirting you guy?