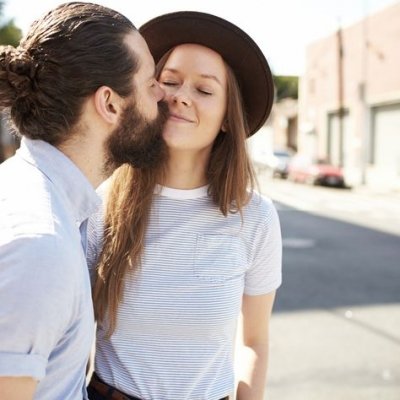 Beards have made a comeback now days and men all over the world have begun using their facial hair to complement their features. There’s just something about a little facial hair that gets women all the time. There is even a lot of research that shows that beards can keep guys younger-looking. Since men can’t wear make-up, a beard can even have cosmetic benefits like strengthening a weak jaw line or hiding acne or acne scars. If facial hair is not quite your thing, just read on and discover a few quite compelling and funny reasons that might make you change your mind. Here are 7 reasons to go out with a guy who has a beard that you should consider:

You must admit that one of the most compelling reasons to go out with a guy who has a beard is the fact that beards are really sexy. Well, a nice amount of facial hair can be quite sexy, especially if it is nicely trimmed. Most men now days use beards as a symbol of manliness, strength, status and self-esteem and this way, they let women know that they can be good protectors.

2. They Are More Patient

Bearded men are more patient and understanding since growing a beard is a task that requires patience and calm. Also, keeping an attractive beard does require quite a lot of grooming and styling, so most bearded men have their own beauty routine and they will be conscious and understanding of your own.

3. Their Beard Keeps Them Wrinkle-Free

According to a recent study performed by the scientists at the University of Southern Queensland, “a man’s beard blocks up to 95 percent of the sun’s UV rays”, so you could even say a beard can be a real fountain of youth for some men, especially since the sun causes up to 90% of the visible signs of aging.

You must admit that a man with a nice trimmed beard really looks more mature, more masculine and more sophisticated. A study published in Evolution and Human Behavior has shown that 10 days is the exact length of time that a man shouldn’t shave so that women can find them the most attractive.

5. They Scare Away the Bad Guys

A guy with beard really seems more intimidating to other men according to a study published in Behavioral Ecology in 2013. The researchers think that this happens because a beard makes a man’s jawline seem bigger, something that can make him seem more aggressive when he is angry. So by dating a guy who has a beard, you won’t have any reasons to be afraid when you walk down the street holding his hand on a dark night.

6. People Will Take Them Seriously

A nice beard really gives a guy a strong air of seriousness. People will really listen to them when they talk and no one will mess with you if you are on the arm of a bearded man. Also, a man with a nice beard really cares about his appearance, since there’s a lot of combing and trimming involved in getting that beard to look just right.

Most bearded men are really sensitive on the inside, despite their rough exterior. They are usually aware of their feelings and they do seem to have a way with words since almost anything that comes out of a mouth surrounded by a nice beard just sounds better. They are also confident and more caring in general.

For men, beards are the eyeliner to the face. A guy who has a beard also has cool interests, is usually outdoorsy, he looks strong and he is just hot. Do you know any other reasons to go out with a guy who has a beard? Please share your thoughts with us in the comments section!