Break-up Rules often turn out to be a very effective method to get over a bad breakup but, since we already know quite a bit about those, it’s time to deal with a different set of break-up rules – the ones that will help you when you find yourself on the other end of the table! Yes, even breaking up can be an extremely sensitive subject and since I believe this world would be a much happier place if more people started acting like grownups, I’ve decided to compile a list of 8 great break-up rules to help you end it all in the most fair, most civilized manner there is:

1 Always Break up Face to Face

Calling, texting or changing your relationship status on Facebook isn’t a good way to let your soon to be ex know how you feel about that relationship. It’s childish, it shows that you’re a coward and I can think of only two situations in which this would be a valid option: a) You’re 12 years old, grounded for a month and not allowed to see anyone but your French tutor, and b) positively sure your long distance boyfriend is cheating on you. Pick a place that’s private enough to have an undisturbed conversation but public enough to prevent potential dramatic scenes and state your case calmly.

You’d be surprised to know how many people believes that screaming, “We’re breaking up” while slamming the door shut is the ideal, if not even the only way to end a relationship! Yes, some relationships, unfortunately, do end like that but, unless one of those Jerry Springer moments is meant to happen, you shouldn’t really try to stage it. It’s weird, babe, it makes you look bad and it destroys the chances of being friends with that person ever again so, instead of being known as the psycho drama queen, make a choice to end your relationships in a more civilized and less reality TV-like manner. Deciding to add “no drama” rule to the set of break-up rules you already go by means you’ll be able to say “Hi” to your exes whenever you see them and sleep peacefully at night knowing that you did everything you could to prevent ugly scenes and bad feelings. Your ex might decide to walk past you without saying anything but hey… that’s his/her problem! 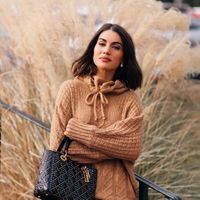 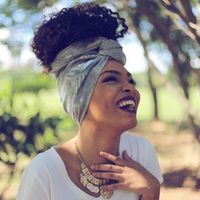 3 Explain Why You Are Breaking up

If you have any respect for the person that’s soon to become your ex (and I believe you do) you should refrain from using worn out, lame breakup lines such as, “it’s not you, it’s me” or “You are great but this is not going to work”. Be honest without being brutal –I’m sure you can do that and I know a person you’re planning to break up with deserves that much. Just think about all those times when you had to listen to all of those lame, well-rehearsed phrases thinking, “Gosh, is this really needed?”

Breakups are tough and there’s really no point in sugar coating stuff or trying to make it all seem any less painful than it already is. Lines such as, “I’m not ready for commitment right now” or “Maybe this is all just a phase” will take the edge off your breakup but will also give your ex false hope that you’ll change your mind. Now, that certainly isn’t what you want – right? Or…maybe it is? Now, is that really fair? If you’re absolutely sure the relationship you’re trying to end is not worth fighting for or maybe even have somebody else in mind, let your (by now) ex know there won’t be any ifs ands or buts and that he/she shouldn’t make a career out of sitting by the phone waiting for you to call and say, “Let’s get back together!”. Having break-up rules such as this one is important and I hope more and more people would finally start using them!

Getting “physical” after you’ve said good bye is definitely a no-no so the next on my list of break-up rules to obey is definitely the one that involves dealing with your emotions BEFORE and not AFTER you’ve said the magic word. A friendly hug and a peck on the cheek is completely fine, especially if you’ve agreed to keep the friendship thing going on but anything more than that is just bad and will most likely prolong the whole break-up situation.

6 Allow Your Ex to Get over You

Next one on my list of golden break-up rules you simply must obey if you want to handle your breakups like a well mannered grownup is the one that says – Hit The Road, Jack! You can’t be free to see other people and get to keep your ex for times of boredom – that’s just plain sadistic! Don’t call your ex, don’t text your ex, don’t e-mail your ex and don’t suggest getting together because, whether you want to admit it or not, you know the only reason why you’re doing this is because you need an ego boost and nothing feeds ego better than knowing that there is somebody willing to jump on your cue.

7 Don’t Trash on Your Ex

Okay, so he wasn’t Prince Charming or maybe she wasn’t the girl you’d want to take home to meet your parents but once you break up things like that don’t really matter anymore. Yes, you can talk about it with your best friend but making it the main topic of every possible conversation you’ll have in the next few months is just rude and will probably reach your ex sooner or later. Once he/she finds out that you’re on a mission to inform as many people as you can about all real and fictional reasons why your relationship and the ex in question sucked, all those promises you’ve exchanged about staying friends, not holding a grudge etc. will go down the drain.

This might not be one of the most usual break-up rules but it’s definitely worth mentioning and if you bear with me for just a little longer, you’ll understand why. When your relationship turns ugly and you decide to call it quits, you might also feel the need to rub some salt in as well by…oh… I don’t know…”accidentally” tagging a mutual Facebook friend just so your ex could see that you’re having a wonderful time with your new boyfriend/girlfriend. Now, do I even need to tell you how childish and utterly pointless this is?

fashion
8 Chic Cape Coats to Keep You Warm ...
fashion
22 of Todays Exquisite OOTD Inspo for Girls Who Want to Kill It on IG ...
streetstyle
Elle fanning street style
celebs
Beyonc Reflects on Fame Feminism in yours and Mine Short Film ...
celebs
Actor Re-Creates Other Celebs Looks is Generally Hilarious ...

What vegetable has no nutritional value ...
What fruits are in season in fall ...
How to get a shy guy to make a move ...
Is vanilla bean bad for dogs ...
What is the role of a girlfriend ...
How to be a successful young lady ...
How to hide bra straps with strapless dress ...
How many liters of beer are consumed at oktoberfest ...
How to love a broken woman ...
How to throw up food ...