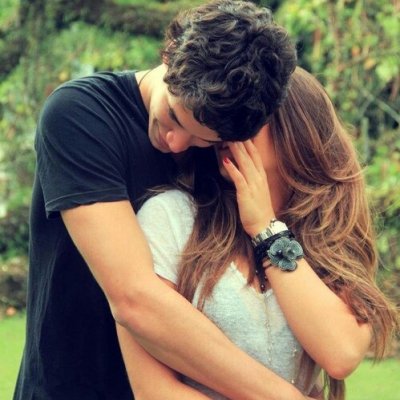 You’ve probably heard people talking about their first love. It leaves a real mark on your life! Your first real relationship is jam packed with lessons and learnings and magical moments, and if it doesn’t last, it’s where you’ll pick up a lot of the knowledge that you take forward into other relationships. Want to check if you’ve missed any? Here are the things that you’ll learn from your first serious relationship.

When you’re first in a relationship, you want to tell everyone. It’s not unusual for you to become a bit like a groupie – you’ll prioritise things so that you can spend more time with your partner, your social media will become a shrine to them, and you’ll talk about them to anyone that will listen. But when it ends, you can often regret letting so many people in. Sometimes it’s nicer to have things just between the two of you – even when it’s not about breaking up, just about having some sweet moments together. Privacy isn’t negative.

2. It’s Really Easy to Be That Person

Everyone always says that they would never ditch their friends for a man, or say mushy things, or get jealous, or force your partner to do something that they weren’t keen on. But when you’re in the moment, it can be much harder. I mean, how much can they really hate a Valentine’s Day trip to Paris? Sure it’ll be busy, but it’ll make you so happy! You do all of those things that you said that you’d never do, because you suddenly understand why people were doing them in the first place.

3. Your Friendships Grow up

Your first real relationship is a testing moment for friendships. Suddenly, your friends aren’t your number one priority. They’re not the first people that you’ll turn to when you’re upset. You won’t tell them everything anymore. In fact, you’ll probably tell them a lot less, because you won’t be able to recount hilarious dates and your partner might get a little boring after a while. Balancing things can be tough. You won’t lose real friends, though, your friendships just grow up.

Those initial stages of crazy, passionate, can’t-concentrate-on-anything-else love just can’t last. I mean, you need to hold down a job and see friends and live, and you can’t do that if you’re spending all your time counting down until you’re back with your SO! Once the honeymoon phase finishes, you’ll move on to a comfortable, slow, less intense stage. It’s still love, but it’s different. That’s okay, too. You’d never be able to keep up that craziness without getting crazy yourself.

You’ve probably sat in a conversation where someone has announced that they trust everyone, until someone breaks their trust. That’s easy to do, if there are no consequences. If you love someone, though, and they break your trust, it hurts. There’s nothing you can do to stop the pain. That makes blind trust much more difficult. You might be surprised at how difficult it can be at times. Don’t take it for granted.

Jealousy isn’t a good look, and it puts relationships under a whole host of stress. At first, it might feel romantic. I mean, they care about you so much that they are protective of you! Why wouldn’t you want them to care? But it becomes stifling, and there’s something just indescribable about knowing that your SO looks through your phone every time you leave the room. Be aware of your own green eyed monster, and your other half's. Keep them in check. Bail, if you can’t.

Perhaps one of the hardest life lessons from your first relationship is that if one party has decided that they want out, it’s over. There’s nothing you can do. There’s no magic answer that makes it all okay, no replays. You can’t win them back and if you did somehow manage to, it wouldn’t be the same anyway; it’d be ruined and different and heartbreaking. You’ll be heartbroken if someone has moved on, and it’ll hurt, and you’ll want to ignore it and change their mind and flee all at the same time. The good news is that you’ll get over it, and you’ll be as good as new.

Asking for advice is normal. Not liking what you hear and choosing to ignore it is also pretty normal. Relationships are one of those areas where this often happens. Sometimes you’ll see that someone’s advice, however well intentioned, doesn’t fit your problem, or isn’t right for you. Sometimes you just don’t want to take it. Sometimes you might want to ignore it and come back to it later, when it feels less raw and you can cope with it a little better. You’ll figure out, eventually, that you’ll work things out in your own head, and that while asking for advice helps that process, you don’t need to take the advice and you don’t need a reason why you will or won’t. Don’t stress it.

It’ll hurt, when your first relationship falls apart. There’s nothing that I can say that will make it any less painful. It’s worth it, though, for those beautiful moments and memories. While it’ll hurt at the time, you’ll be able to move on and look back with a big smile. And all that pain helps set you up for better future relationships, too. What lessons did your first relationship teach you?