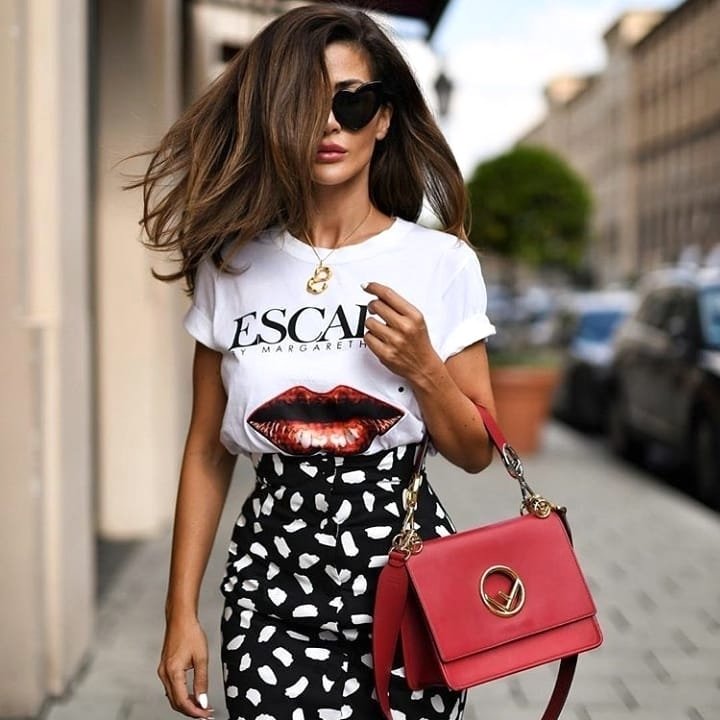 I wasted many of my formative years wishing for the love of my life to come along. I wanted nothing more than a boyfriend whom I could love and who would love me unconditionally in return, and of course I imagined us moving in and starting a life together. I even got upset at the thought that I’d end up living alone, growing old without a romantic partner present. But now after multiple relationships, I’m not so sure that I need (or want) to ever live with a boyfriend. Here's why:

1. Relationships Can Just Be so Exhausting, Especially when You Live Together

When you live with your significant other, your personal space becomes much smaller. For those of us that really appreciate our time alone, it's downright difficult. Let's face it: relationships require a lot of time and energy, and it's just as important to spend time apart as it is to be together. When I'm in a relationship, I find that I'm way happier and less stressed when I still get to go home and have time to myself.

While I like being in relationships, I've also spent plenty of time being single and am perfectly fine with it. After all, there are numerous perks to being single: being able to do what you want when you want, not having to shave regularly, etc. I didn't always feel this way, but now that I do it's hard to avoid thinking about it. If I go through a breakup, I'll end up okay even faster if I don't live with the guy.

3. I Don’t Want My Finances Getting Tangled up with Someone else’s

Seriously. Just no. I've been the more financially responsible one in every relationship I've ever been in, and if I'm being totally honest, the thought of merging my funds with those of someone else is just terrifying. Even if we don't share a bank account, I know that living with someone automatically results in you bearing at least some level of financial responsibility for one another. Call me crazy, but it just seems like a lot of unnecessary stress.

4. I Admit I’m a Workaholic

I regularly work an insane amount of hours, and days off are a rarity. While I do aspire to one day having a weekend in my schedule, I'm self aware enough to know that I probably won't ever work a standard 9 to 5, five days a week type of a deal. The truth is that I love working, and I get very restless when I feel I have too much free time. Most guys I've been with just don't understand this, and so I don't think my workaholic lifestyle would be very fair to either of us if a boyfriend and I starting living together.

5. I like Having the Freedom to Come and Go as I Please

I want to be able to come and go randomly, without having to explain what I'm doing or where I'm headed. Hell, sometimes I don't even have much of a plan-- I just feel like going out. But when you live with a significant other, it's only natural that they're going to want to know where you are at any given time of day. I guess I just really like not having someone keeping tabs on me.

6. I Love My Apartment as It is

I'm one of those people who happened to get very lucky in the housing department and wound up with a truly great apartment that I love. More importantly, I love what I've done with the place since I moved in a few years ago. But if I were to agree to move in with a boyfriend right now, I'd either have to leave this wonderful home, or I'd have to let him move in with me. I'm not so sure that I'm looking to change up my decor and furniture at this time.

7. I Want at Least Two Pets

I unfortunately do not currently have pets, but I LOVE animals. I definitely want at least two (a dog and a cat because obviously), and I actually plan on getting them within a year. If I lived with a boyfriend, however, these plans might have to change. We'd also have to share custody, which I think could seriously complicate things if we end up breaking up. No, my pets will be mine.

Okay, it's not a "might", it's a "when". I know I want to move somewhere else in the future, and being in a relationship-- much less living with a boyfriend-- can seriously complicate that. After all, moving to a new place is hard enough by yourself. But I'm a "fake it til' you make it" type of person, and I'm always willing to do whatever it takes to improve my current situation. But the unfortunate truth is that most guys I've dated just don't seem to get that. I'm also not so sure at this point that I want to have to worry about someone else adapting to a new place while I'm working on it myself.

9. Basically, I’m Starting to Realize That I’d Have to Sacrifice a Lot if I Lived with a Boyfriend

The older I get, the more I realize just how much I like living life on my own terms. Relationships always involve some level of compromise, and that amount of compromise is increased when people do things like move in together. Basically, I enjoy my life as it is right now, and I'm not so sure that I'm willing to give up certain freedoms in order to live with a significant other. At least, I'm definitely not in any rush to leave my bachelorette pad.