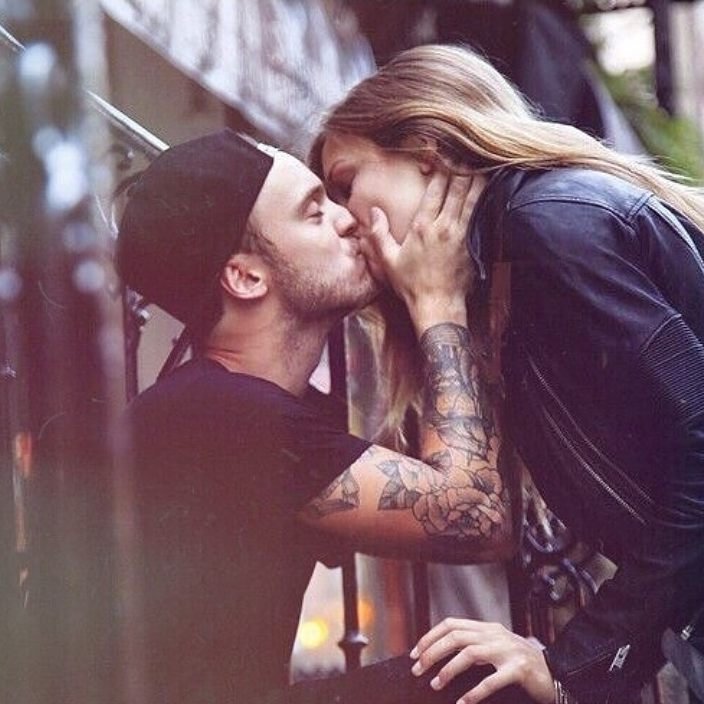 There are some steps to making a man fall in love with you. You have finally found the man of your dreams, and your relationship is going great. But how can you know for certain that he’s as crazy about you as you are for him?

If you have ever fallen for somebody during the early parts of your relationship or crush, you know the greatest and most frustrating thing about it is trying to get their attention and earn their love. You are looking to prove to them than you are worthy of the affection and time, but it’s not as easy as casting a spell, is it?

Relationships require you to have dedication, time, and a lot of patience. I mean, you are looking to build a life with this person, and that’s not easy. But, that’s not to say that there isn’t a method to this madness or a special way to get that special someone to notice how much you love them and give you some of that love in return.

Having a great relationship is a lot like a dance. It needs two people that give their all in learning the steps that work together so that somebody’s toes don’t get broke. Just like a dance, you can take some steps in your relationship to make it flow smoothly.

Relationships take a lot of work, but a lot of the time it’s not all that easy to figure out where you need to direct your energy. Are you looking to be better at dating? Then you will want to take a look at these steps to making a man fall in love with you because there is a formula. It may not be as simple as a magic spell, but it’s pretty close.

You’re probably wondering, how doesn’t something like this work? Just keep the acronym “MAGNETIC” in mind. Here are the nine easy steps to making a man fall in love with you.

Men are looking for women who “get” them. They are looking for a woman’s femininity to draw them in like their masculine energy attracts her. They want a woman that is willing to appreciate their ability to solve problems, protect, and provide. He wants to be admired for his sense of calm under pressure and steadiness. He’s not looking to fell emasculated because he tends to be more analytical and logical and doesn’t (always) cry at sappy movies.

He’s looking for a woman who views him as the hero that he has always wanted to be. And when you actually understand that, you may end up being shocked at how heroic he actually is. Ladies, this is the greatness of the good man. For the good guy, when he finds the right cause or reason, he would literally die for it. Correct me if I’m wrong, but is that not a hero?

When it comes time to “get” you man, there is one thing you have to avoid if you want a man to envision a future with you. Never treat him like he is a project that you are trying to fix because it will immediately build walls between you. If you are moved to change his clothes, friends, the way he talks, or what he likes doing … DON’T!

Move past that guy and find somebody you are able to appreciate and respect the way he is now. If he is looking for help to change something, he will ask. The best guy for you is somebody who deserves to feel like your hero. If you are not able to offer him that then he’s probably not your guy.

The two main gifts that men are able to provide is their ability to provide and protect. That means if he is willing to risk his own life to protect you, and is investing his talent and time in order to provide for you, all he is looking for in return is some gratitude.

He just wants you to appreciate that he has worked hard to provide for you even if he is unable to give you everything he wants. That’s not too much to ask for. If you want your man to see the very best of you, and fall in love, make sure you don’t take him for granted or disrespect what he’s doing/

Since the man provides and protects for the family and thw woman, what are they looking for in return? Basically, your grace and beauty that is seen in your innate ability as a caretaker and nurturer.

Now, stop a second before you tell me this idea is sexist. We’re only talking about two adults that come together to love and care for one another to make each other’s lives just a little bit better by creating a cooperative partnership. The beauty of a true, loving relationship is when the two people involved can come together with a desire to give rather than take. That’s when you get magic.

Despite your preconceived notions or past experiences, you might not ever know how much a man actually wants to please you if he’s able. Actually, problems tend to come up when he thinks he is no longer able to please you. Men are simple creatures. They show their value through fixing things and solving problems, and sometimes they may make the mistake of trying to fix you.

There’s nothing that can make a man feel worse than when he is stuck in a problem he can’t solve. This means if you’re unhappy too often, at any level, he feels as if he has failed, which means he will start to distance himself from feeling like he’s a failure. This means that a man will feel successful when you are happy, which is why men like positive, radiant, and happy women.

A true demonstration of masculine energy is the concept of honor. Whether it’s soldiers in battle, or warriors on the playing field, having a partner that has your back is the difference between losing and winning, and sometimes life and death. A man has to feel like he trusts that you’re on his side, otherwise, he won’t commit.

One of the biggest mistakes women tend to make is trying to tie a man down or define a relationship too soon. This is due to the difference in her desire to feel safe and his desire for freedom. If you think about soldiers who have died in a war, they died trying to protect their idea of freedom.

When you understand that fact, you’ll begin to understand why he feels reluctant to give it away. The good thing is, men are willing to trade their freedom for something better, so just make sure you don’t try to make him make this decision too soon.

Once you have really grasped these nine traits and start to exude them, you will be in your man’s mind and heart. This will be because he has seen the logical benefits of your traits right around the time that his heart opens and emotions start to enter in.

There is also one more thing that gets a man to act once he’s captivated: his competitive nature won’t like it if there’s a chance he may lose the greatest women in the world to another man.

When you follow these nine steps it will add up to something amazing. Once you start to embody love for his Masculinity with your Appreciation for him, add in a bit of Gratitude, a Nurturing spirit, and Easy-going nature, the ability to be Trustworthy, and you honor his Independence all while you Captivate him … it will add up to a single thing. Soulmates. Because this is what you will have discovered.