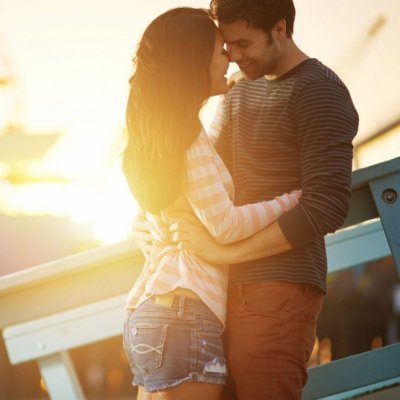 Guys can throw out some really bogus excuses. Sometimes there’s actually some truth to them though, which is what makes them so confusing. So how do you wade through them to figure out what’s real and what’s fake? This guide can help you pinpoint some of the worst excuses guys give us.

1. “I’m Not Ready for a Serious Relationship.”

Translation for this excuse is pretty easy. He either wants casual sex or he’s not that into you. That’s not fun at all to think about! I’ve been there and heard that excuse, too. But it’s better to recognize the situation for what it is than to keep pouring effort into something that’s never going to be. There are guys out there who’d love the chance to have you on their arm, so drop this one and look for one who’ll appreciate you for the treasure you are.

Have you heard this one? It means he’s not interested. A guy who’s interested in you will make time for you no matter how slammed his schedule is. If he says this, do yourself a favor and accept the meaning behind the message. Move on to the next fish in the sea, girlies!

This is one that could be true, but that doesn’t make it a good excuse. It’s possible that things got really crazy at work for your guy and your date slipped his mind. We do all have crazy days, right? But it’s not an excuse to accept over and over again. Let him by with this one once or twice, ladies, then remind him that if you’re important, he won’t forget.

This excuse could be totally legit! Phones die all the time. It makes me crazy how quickly my battery can evaporate at times so I get that. But guess what? There are still other ways he can reach you. He could borrow a friend’s phone for a moment or (gasp!) actually use a landline to get in touch with you.

Any “Friends” fans out there? This excuse always reminds me of Ross and Rachel! Anyhow, if you’re hearing this from your guy then the chances are he wants a break permanently. He at least wants some breathing room. The best thing to do is gracefully give him a break and leave your future together in the hands of fate.

This is a non-excuse, ladies, and it’s unacceptable. You deserve to hear a reason. It may or may not be a good reason, but you deserve the courtesy of an explanation. Ask him what happened that he couldn’t call you and give him the space to either explain a legitimate reason or to hang himself with a tangle of silly explanations.

If he doesn’t want to take time for a condom then don’t take time for sex with this man. Let him know that it’s not happening unless he’s willing to wear one. Safe sex prevents unwanted pregnancies and could save your life. Any man that has worth will understand and want what’s best for both you and himself. Don’t be afraid to stand up for yourself here, ladies!