7 Things Women Can Learn from Men ... 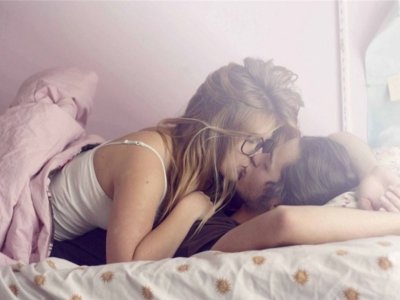 Women sometimes think we know everything better than men, but what about the things women can learn from men? It’s obvious that men are different. Even though we don’t always understand their behavior, thoughts or philosophy, they make sense just as often as ours. In relationships, we sometimes try to teach our guys things that may not come naturally to them, like cleaning up after themselves, but let’s switch roles for once. These are some things women can learn from men.

Looking at friendships, I think we can all agree that there are a million things women can learn from men. While women often keep their frustrations about their besties to themselves, men tend to speak it out immediately. The result? Women become even more frustrated, while men talk about it and move on. Don’t feel rude about speaking out your frustrations. It liberates you and a true friend will appreciate your honesty.

When will the gossip finally stop? We all hate it, yet we love to do it from time to time. Yes, that includes me. It drives men crazy, and not in a good way. Men care less about what their buddies do and they certainly don’t compare themselves to them, so there’s not much to gossip about. When it comes to this, women can learn a lot from men. Let’s try to talk about real stuff!

Your guy might have apologized to you a hundred times, yet your anger continues to burn inside of you. You’ll have to screw things up big time before a guy will feel like this. The negative energy of anger is not doing us any good, but for women, it’s seems to be difficult to let things go. When men feel hurt, they are able to turn off their anger when all is said and done. Wouldn’t it be liberating for us if we could do this?

If you’re a working woman, you’ve probably witnessed a male colleague getting a promotion, thinking that the glass ceiling is everything but a myth. Although some women are really good at negotiating at work, men tend to do slightly better. Next time when you think you deserve it, just ask for that promotion or a salary raise, just like most men do. You have nothing to lose.

6 Stand up for Each Other

Men don’t only stand up for themselves. They also stand up for their friends. In many female groups, on the other hand, women are often the victim of a lack of support from their counterparts. It doesn’t only happen in a group of friends, but also at work. Wouldn’t it be great to stand up for other women, and then having the favor returned?

Women are taught to take care of others. We especially see this with our mothers and grandmothers when we’re young. Because of that, some women can get lost in putting others first; an obligation that men tend to feel less. Yes, he can totally have a family and a successful career, while making sure he maintains his hobbies and interests. Women should do so too. No one else is going to do it for us, so we might as well keep focusing on ourselves as well as others.

The differences between men and women are interesting to say the least, and it’s what makes our relationships so unique. Being a woman is a beautiful thing, especially because some of us get to experience things that are impossible for men to experience, like giving birth to a child. But I do think men are in favor of some other things. What male habits would you like to copy yourself?