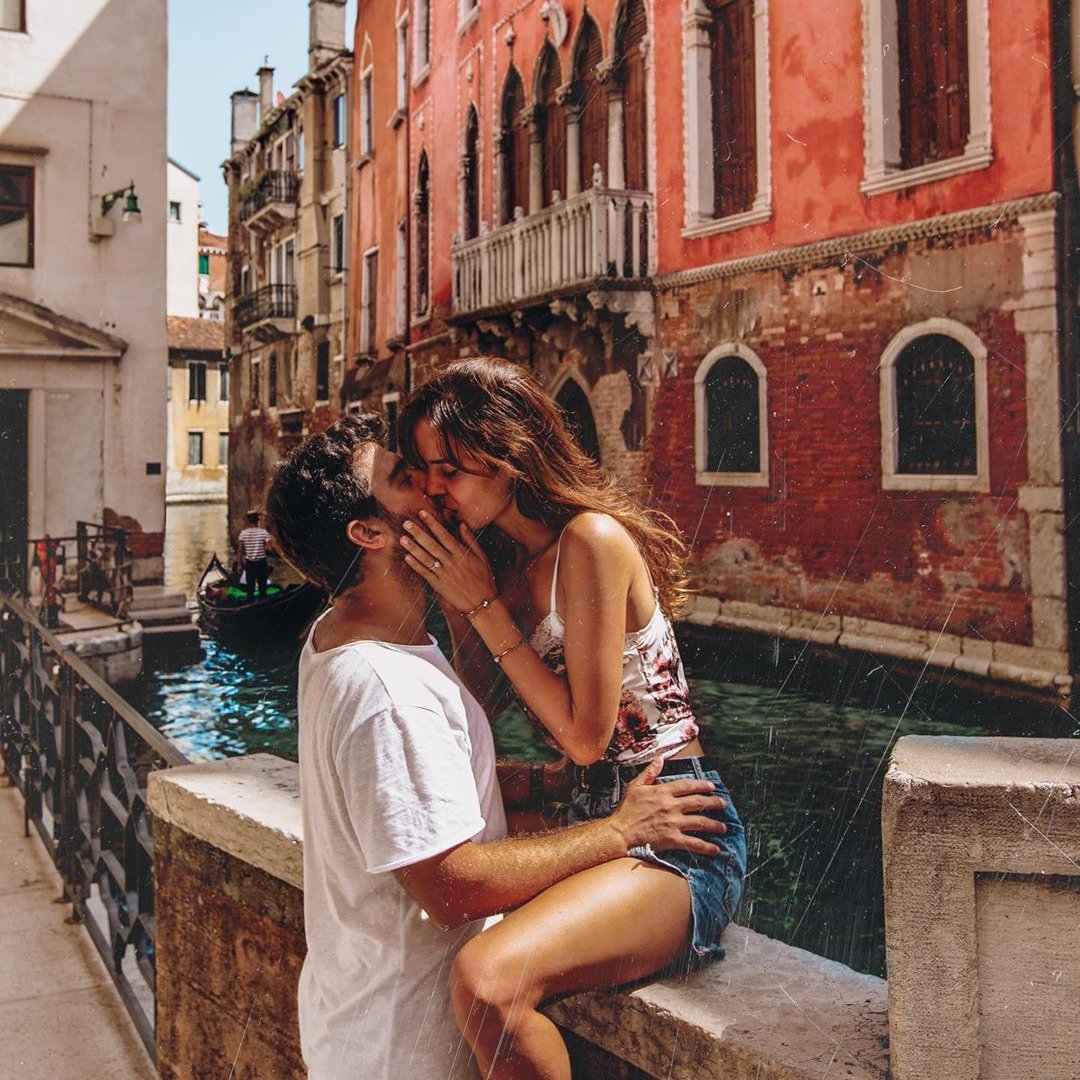 Alright pretty ladies, I'm going to share with you 8 ways to get out of the friend zone. We all have those cute guy friends that we wish would see us as more than an asexual person they hang with, but have no idea how. It's so frustrating when all you want is the guy who calls you to go grab a beer to actually mean it as a date instead of as just "one of the guys." The following ways to get out of the friend zone are going to help you shine in a new light to these men, and who knows, maybe even score you someone you had put in the friend zone yourself.

1 Show You Are Wanted

This is the basic and most primal instinct for men. All a guy wants to see about a girl is that other men find her attractive, and want to pursue her. Once this happens, the natural competitive factor kicks, whether guys realize it or not. Just showing you are wanted by other men is a simple way to get out of the friend zone. Go out to a bar, play a game of dodgeball, go hang with your "friend" and his friends, just make sure to flirt it up with anyone who tries to hit on you! The attractive factor is not that important, the key is just igniting the caveman in your friend.

Girls, you don't want to be obvious that you want your guy friend. Blowing up his phone to hang out or talk is not the best way to win a guy over. If you didn't care if he thought you were crazy or obsessive, sure, constantly see what he is doing every night of the week. Let him come to you, and ask you to hang out. If he wants to talk to you about his about problems, or what is going on his life, let him. Make sure you don't over load him on your issues. Use every other friend you have but him, to talk about your life.

3 Keep Sex Life out of Conversation

First off, listening to him talk about the girls he has been sleeping with doesn't make you feel good, so why be that ear for him to talk off? Don't let him know you don't want to hear about his love life, because he will know the answer to why before he even asks you. This goes for you also. Don't think talking about that amazing date you went on will make him jealous. He is a guy, he really doesn't care. If you keep love life out of the friendship topics of conversation, he will always have a curiosity about your dating life. Keeping that hint of mystery is important to men. It lets them fantasize, wonder if you would be good in bed or not, think about what you are into or not into romantically. A guy hearing about your dates will automatically let them know where you stand on skill and promiscuity levels depending how long your relationship with those partners last.

4 Play Hard to Get

This is my most favorite way to get out of the friend zone. Playing hard to get is the solution to pretty much any boy problem you have! Guys will always make sexual innuendos to females, no matter who they are. When that moment of sexual tension, flirtation, or whatever happens, just resist giving in to it! The idea is if he throws out a sexual joke, he is expecting you to come back with the same sexual response, but if you play it off cool and coy he will doubt himself. Making him question where he stands with you is a good thing. Don't let him think he has you in his palm, instead put him in yours!

When a guy asks you to hang out, tell him you have plans. Be too busy to hang with him more often than not. Let him realize other people want you around them, and you aren't at his beck and call. You just became ten times more appealing to him because you now are a chase, wanted by others, and making him feel and be unimportant. Have the ball in your court when it comes to making plans. Go ahead and even ignore his texts. You can respond in a few days when you are ready to go out with him. Make sure to not come off prissy and throw it in his face that so and so wants to hang out. It's not attractive. Remember, you are a woman of mystery! It gives the guy a chance to realize how much he enjoys your company when you aren't there to give it to him all the time.

6 Be the Cool Girl

Guys love when their friends like their girl friends, besides "girlfriends." When you are hanging out with your crush, make sure to really connect and bond with his friends. Join into their group, that way next time all of them are together you are talked about in a positive light. They may even decide they want you to come hang out with them, except you will be too busy sticking to rule number 5 in this article. When you hang out with your guy friend one on one, focus more on being able to have great conversations about topics he enjoys. It's important to put more emphasis on that when wanting to become more then friends. Men bond over connection so check out some of the stats on his favorite sport team, look up a new beer that just came out, or see the latest movie he was raving about.

When trying to win a guy over I always recommend using body language to show your interest. In this case, the body language you want to use is very introverted. Make sure there isn't physical touching. When you speak with him keep one shoulder in and one shoulder out. It shows you are listening, but you are still able to leave if uninterested. When you laugh together, turn your head to look around. Focusing on other people and objects in the room shows him you aren't that interested in whatever he is saying. When saying goodbye, if you hug make sure it is quick. Don't do any kissing on the cheek and part fast. This will all throw him for a loop, especially if you have been the shoulder touching, leaning in to him, 100% focus on him, kind of girl.

8 How You Dress Counts

You probably haven't thought that much about how you look when just hanging with the boys. Of course, you want to look cute and impress him, but this is the time where how you dress and when you wear it is important. If you are going out with the boys to see a movie, get some wings, do a happy hour during the week, sexy casual is key here. Never look like you tried too hard when the place you're going to looks like it didn't try hard to impress you. But, when that weekend comes around, doll yourself up to the dime! Let him realize you are one hot lady ready to go out on her night. This way it doesn't look like you are trying to impress him, it just goes with a natural Friday or Saturday night. How a guy first sees you is pretty much the picture that stays in his head until you do something to change that. So every time you go out with him he still sees that girl he first met. But if you trick his brain into seeing someone new, a different girl than he is used to, he will be seeing you in a new light.

The good news is that with all these techniques you are bound to turn one friend into a lover. The difference between guys and girls is that once a girl puts a guy in the friend zone, he is for the most part never sexually thought about. A guy, no matter how far in the friend zone you are, will always think about sex with you. It is in their human nature. So ladies, use these ways to get out of the friend zone and let me know which ones worked best for you!