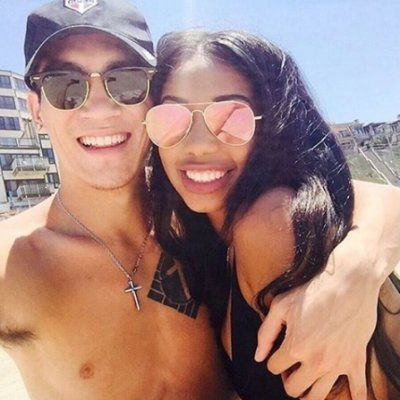 Seeing another woman flirting with your boyfriend is infuriating. Women should respect each other, right? But some women don't know that a guy is already taken, and others don't care if he is. Before you steam in and put her right, though, consider what would be the best way to handle this - getting angry may not be the answer. Here are some other ways to handle another woman flirting with your man …

1. Do You Really Have Reason to Be Annoyed

We react with jealousy when we see another woman moving in on our 'territory'. It's natural to be annoyed. But step back for a moment and look at the situation objectively. Is she really a threat? Or is it just harmless banter? If your boyfriend is trustworthy (which he should be), then he isn't going to respond, so her flirting will be a waste of effort.

2. How is He Reacting

Look at how your boyfriend is reacting. If he's ignoring her flirting, you don't have anything to worry about. If he is responding, then quietly tell him later that you're not happy with him flirting and will he please stop it. Point out that it's not harmless if it upsets you, and it's inappropriate for someone who's in a relationship.

However tempted you are to storm over and drag her away by her hair, resist the urge to throw a hissy fit. You risk looking jealous and unreasonable if you get angry. Stay calm; if you're going to confront her, simply ask her to stop her behavior as it's inappropriate. And if you speak to him about it, wait until you're alone.

4. She May Be Trying to Upset You

Sadly, there are women who love to make a move on other women's boyfriends. It's a game to them, or an attempt to convince themselves that they're desirable. So she may be out to upset you. If it seems that she's deliberately trying to provoke you, don't take the bait.

If you can't beat them, join them (in the conversation, not in the flirtation). Subtly remind her that he's taken, perhaps by touching his arm or mentioning your upcoming vacation together - whatever makes it clear that you're together. This will show her that she's flirting with the wrong man and should move on.

You might at first think that your guy must be encouraging her flirtatious behavior. But be fair to him and try to assess the situation accurately. He may not be responding in the slightest. He could even be embarrassed and not know how to politely fend her off (some guys are shy or afraid that rejection won't be taken well).

7. Trust Him to Repel Her

Ultimately, you should be able to trust your guy to make it clear that he's already spoken for and not interested in flirting with anyone but his girlfriend. We can get jealous without any real reason to. If you can't trust him, you don't have a very strong relationship.

If you see another girl flirting with your boyfriend, deal with it calmly. Never get angry, as you will seem like the unreasonable one. If he's not responding, you don't have a problem. If he is, and thinks it's ok, you do have an issue. Have you ever had a jealous partner - or were you the jealous one?