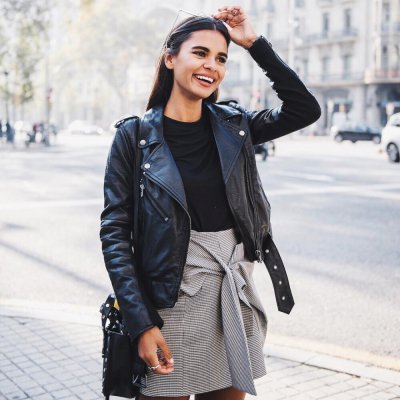 There is no real point in staying in a relationship you have to work really hard at. All relationships take work but there is a limit and you shouldn’t be making all the effort. If you see any of these following signs, it’s time for evaluating where you’re at and whether it is worth continuing to work at it or to cut your losses and move on.

He blew you off and said he had to study for an exam, but you find out he was at the bar. He always seems to be “forgetting” his wallet. He says he’ll come by at two and doesn’t end up at your place till four. All of these little red flags are signs it’s time to move on. He isn’t truthful, and you can never tell from one minute to the next whether you can believe what he’s telling you is true. This may have started out being a fairy tale story, but the story has been built on lies. Close the book.

2. He Feels More like a Project than a Boyfriend

There is so much right about him, yet there are so many things wrong. He might cook a good meal once in a while, but he’ll never wash a dish. He has no idea how to dress for any occasion other that watching TV from the sofa. These annoyances will only increase with time, so if you feel like you need to fix him now, imagine how you’ll feel after being with him awhile. Do yourself (and him) a favor and close the toolbox; it’s time to move on.

3. He Ignores You in Public

You see him on the way to class or in the checkout line of the grocery store. You wave. He doesn’t wave back. Maybe he didn’t see you? You give it another try. He looks at you, gives you a slight nod, then turns his head so he doesn’t see you. He doesn’t look happy to see you, and almost looks embarrassed that you even exchanged glances in public. This is a big sign - either you embarrass him or he doesn’t want certain people to know he’s seeing you. Ignore him from that point on.

You may think your guy is an absolute prize, but your friends and family are getting bad vibes. It makes you feel terrible when family and friends express concern about your guy. While you don’t have to listen to everything your family and friends say, you should at least step back and take a look, and at least consider what they are saying. It could be you are in the throes of a new romance and simply can’t see the downside yet, while they are not encumbered by these rose colored glasses.

5. He Just Calls at Bedtime

You haven’t heard anything from him all day. You may have even called or texted, without any return call or text. You decide it’s time to turn in, and get ready to tuck yourself into bed and call it a day, ready to dive into your novel or watch some reruns. Finally, you get a text - wanna hang out? If this is a common scene with your guy, he sees you as a friend with benefits. Time to stop providing benefits.

6. Your Cat Puts in More Effort than Your Boyfriend

As most of us know, a cat will only pay attention to you if it needs you for something or if it wants to be petted. Although that’s the nature of a cat, it’s not the nature of a guy who is truly interested in you and interested in forming a long-term relationship. It’s doesn’t take much effort to send an occasional text or call to ask how you’re doing. If you get more attention from your cat then your guy, tell your guy goodbye and get another cat.

Easy and Of course, when you are seeking out a guy you want your conversation to be easy and not overly awkward. But when it seems too easy, like he picked up his lines from a sappy love movie, then you know he’s just saying a line and isn’t sincere. You find yourself wondering how many times he’s used lines before on other women. If it seems too good to be true, it probably is.

He’s always too busy, but mysterious about what he’s busy doing. He never has enough time to talk to you and when you’re together, he slinks off to someplace private when taking a call. Maybe he’s an FBI agent or a superhero. If not, he’s either hiding something from you or just doesn’t care enough to share his life with you. If you want mystery read Agatha Christie.

A lot of people have exes, it’s just a fact of life - we try on one relationship, it doesn’t fit, so we try on another. Then there’s the crazy ex who just won’t let go. She still calls him or texts him, still tries to get under his skin with snide comments, and he still reacts. Obviously there are still issues between these two, and you should bow out until they work things out and move on.

He might be trying to hit you up, and may even be trying to give you a story about how he and his girlfriend are breaking up or have an open relationship. With so many fish in the sea, don’t fish out one that already has a girlfriend. No one needs that kind of drama, and if he’s doing that to his girlfriend, he’ll do that to you with some other girl as well. Don’t buy what he’s selling.

If you recognize these signs, you have a hard decision to make. Is your relationship going to work with just you doing all the running or are you going to move on to someone who deserves you?