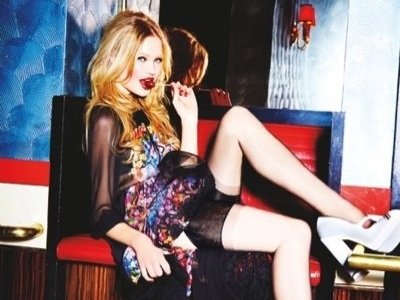 Everyone has their own style of flirting, but smiling works across the board. If you’re teasing him, give him a smile to let him know you’re joking. If you want to capture his attention from across the room, catch his eye and smile. It’s the solution to everything. Out of all of the things to remember when flirting, donning your smile is by far the most important.

If you always flirt with the same person, and they act unenthusiastically one day, don’t blame yourself. Everyone has bad days. You don’t know what they’re going through, and you shouldn’t assume that you’re the reason they’re upset. You also shouldn't blame them for temporarily icing you out, because you've been in their situation before. If they need space, give it to them. There’s always tomorrow.

3. Rejection Has Its Reasons

Whether you’re a ‘nerdy’ highschooler or a famous actress, you’re going to get rejected. All of your crushes will have different tastes, and all of them will be in a different place in their life. If someone rejects you, they could be recovering from a breakup. They could be too busy to date. They could be happy being single. There are plenty of reasons why someone would reject you that doesn't involve them hating you, so don't jump to the worst conclusion.

Different people show their affection in different ways. You might want your crush to tell you how beautiful you look or write you a love song, but not everyone is bold enough to express their feelings in that way. Instead, he’ll show his attraction in the way that he looks at you. Remember that not everyone flirts in the same way, so sometimes it’s hard to tell when someone has a thing for you.

You might think that someone isn’t interested, because he didn’t text you back right away. In reality, he could be crazy about you. It just took him a while to come up with the perfect reply. You never know what’s running through another person’s mind, so don’t assume you have them figured out. People can surprise you.

Everyone says stupid things. Don’t hate yourself, because you made a dumb joke in front of your crush. No one is perfect. You can’t expect to always appear desirable. Think about all of the dumb stuff that he’s said in front of you, and you still like him, don’t you?

Don’t pretend to like things that you hate. If the flirting is a success, and you end up in a relationship, he’ll eventually realize that you were lying. Plus, do you really want him to like the person he thinks you are instead of the person you really are? If he doesn’t like you for you, then the relationship is a fraud.

Flirting can be terrifying, but it's fun when you find the right person. What's your go-to flirting move?