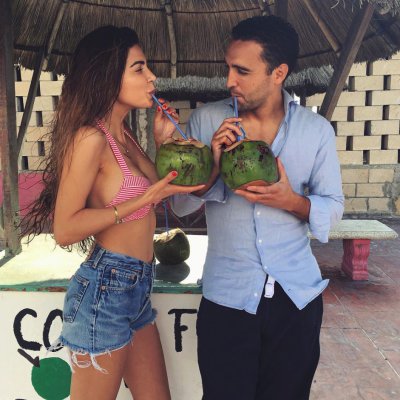 Men are often stereotyped as being shallow and valuing a woman's looks above her other qualities. They're not alone, however, as women can be just as focused on a man's physical appeal. Looks are certainly part of the package when it comes to being attracted to someone, but their inner qualities are much more important. So how can you be sure you're attracted to the real man and not just his appearance? Here's how to tell if you like him for more than his looks …

1. Just Talking to Him Makes You Feel Good

2. You Can Imagine a Future with Him

Can you imagine a future with this guy? Do you see yourselves growing old together? That definitely suggests that you're into more than his physical appearance. Looks don't last, and most of us aren't going to be that stunning when we get older! So if the prospect of him getting older doesn't bother you, you're not just into his looks.

A decent guy acts like a gentleman. So if you've noticed that he's respectful towards women and the older generation, you're looking beyond the superficial and noticing how he behaves towards others. You're aware of his character and personality. So you're definitely interested in what's going on inside his head.

4. He Makes You Laugh

Does your guy make you laugh, and do you smile when you see his name pop up on your phone? If he appeals to your sense of humor, you're on to a good thing - and that doesn't just involve having a handsome face to look at. It also shows that it's not just his looks that appeal to you.

5. You Feel on the Same Wavelength

Do you feel that you and your boyfriend are on the same wavelength, and that he 'gets' you? You're not just connecting on a superficial level based on looks. It's a meeting of minds, and you understand each other's needs. If it was only about looks, you wouldn't care about connecting emotionally.

6. You Didn't Fall in Love Straight Away

Was your relationship a slow burner? Instant attraction can often be superficial, whereas the best relationships often take time to develop. So if you didn't fall in love with him straight away it's likely that your feelings are based on more than physical attraction. A relationship developing slowly means that you've fallen for him as you got to know him, rather than simply becoming smitten with a handsome face.

7. You'd Date Him Even if He Looked like Shrek

Another simple way to tell if you're into more than his looks is if you'd date him whatever he looked like. There's been some unkind comments online about guys who are 'punching above their weight' by dating girls who are much better looking than them. But these girls love their boyfriends for their personalities, not their looks. It's a much better foundation for a relationship.

How would you feel if a guy was only interested in you because of your looks?