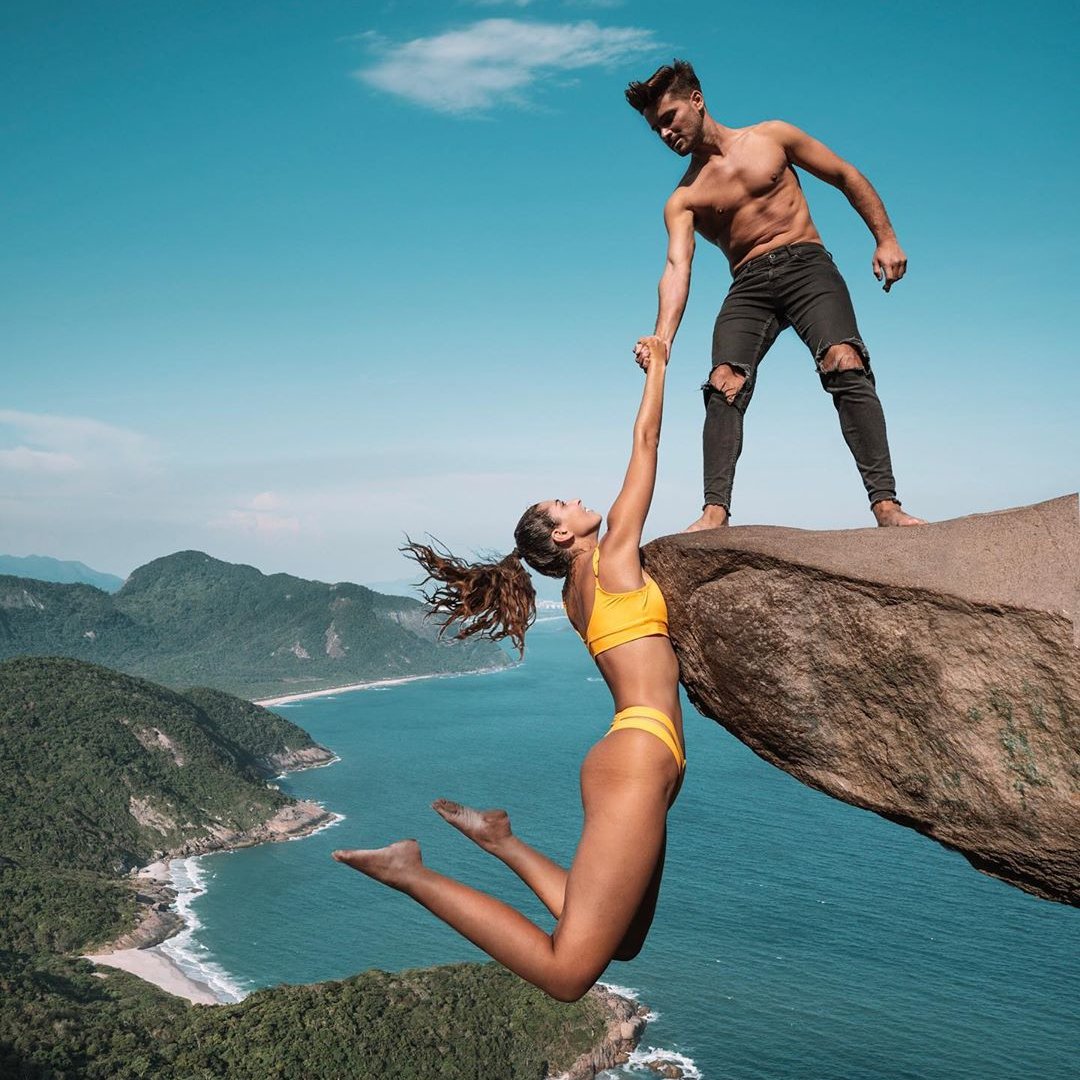 Many men want to be an alpha male. Many men think they are an alpha male. Women are attracted to alpha males because they outwardly appear manly, strong, dominant and in control. They are qualities some women deem to be of high value in a partner. So if you do indeed think your man should be, or is, an alpha male, how do you tell?

1. He Walks with a Swagger

An alpha male walks with confidence and purpose. There is a certain strut to the way he walks. But note, it isn’t an exaggerated swagger or a gorilla stance – you know that one where it seems his arms are either too long or his biceps are too big to hold his arms close enough to his chest. There’s nothing nervous or hesitant in the way an alpha male strides into a place. An alpha male also walks at a measured pace –never rushed.

Research has shown that both men and women see an alpha male as tall and athletic. Obviously, your guy can’t control his height but he will look after his body. He will work out and eat healthy. He won’t be muscle bound because he wants to look naturally fit.

This is a classic sign of confidence. An alpha male will hold eye contact with the person with whom he is conversing. He may glance from side to side occasionally, but generally, he won’t look down. Another thing you will notice is that when he is not actually speaking, he will not hold continuous eye contact. In a dominant move, he cleverly demands that you grab his attention back.

4. He’s Clever with His Smiles

You earn a smile from an alpha male. His smile and laughter communicate his approval so he only bestows them when he thinks something is worthy. He doesn’t usually smile just to get along with people. He will give a smirk (half smile) to indicate that he has found value in what you have said or as an indication for you to continue, to go on and earn a full smile/full approval.

5. His Body Language is Smart

The body language of an alpha male shouts “I’m King of the Jungle.” He is comfortable and he knows he has power. Because he knows everything is in control he has no trouble always looking relaxed. He doesn’t worry about posture because he knows he walks tall. His body language is wide, open and inviting with a tiny hint of look but don’t touch unless you’re invited. And he’ll never cross his arms in a signal to stay clear. He’s more skilled and subtle than that.

6. His Words Have a Purpose

That purpose is to communicate clearly and without ambiguity. He wants you to know what he’s thinking. An alpha male doesn’t play guess what I’m thinking/feeling games. He projects his voice and speaks without timidity and with confidence. He doesn’t rush to get his words out, and like his walk and his body language, his speech is measured but never monotone. He’s a master of the pregnant pause and knows how to use it to create drama and effect. He speaks with a deep tone from his gut. An alpha male is happier leading the conversation than following it.

But that doesn’t mean he’s bossy or overbearing. It’s more a case of “I know what I want and I know how to get it.” But also, a true alpha male makes you feel it’s exactly what you want too. Think back to when you first met. He didn’t ask “would you like to dance,” he said “come on, let’s dance.” For your first kiss, he didn’t ask you, he pulled you in close and kissed you.

Do you think this sounds like your man? Do you want to date an alpha male or maybe you’re an alpha female and a relationship with an alpha male would make for a tempestuous time? Let’s talk!