You're Not Picky for Wanting These 17 Things in a Relationship ...

Some women are told that they're too picky, even though they're just looking for a decent man. However, you should never lower your standards. After all, you're not picky for wanting these things in a relationship:

You're not boring, so your man shouldn't think that you are. He should enjoy listening to what you have to say.

2 Someone Who Likes You for More than Sex

You aren't a sex object, so you shouldn't be treated like one. You need to find someone who likes your personality, and not just your body. 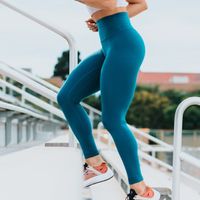 7 Sure-Fire Ways to Build the Booty of Your Dreams ... 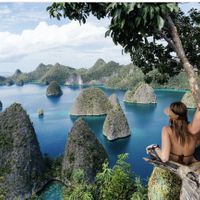 3 Someone Who Doesn’t Go MIA

Your man shouldn't pick and choose when to answer your text messages. You deserve to have someone who's always there for you, no matter what.

4 Someone Who Will Make Time for You

He should want to spend time with you. Even if his schedule is jam packed, he should find the time to see you.

5 Someone Who Will Tell You How They Feel

You deserve to hear those three little words. That's why you need a man who isn't going to run from his feelings.

6 Someone Who Will Spend Time with Your Family

A good boyfriend won't mind being introduced to your friends and family. In fact, he'll be excited about it, because it means that you two are serious.

7 Someone Who Will Buy You Little Gifts

He doesn't have to buy you diamonds, but he shouldn't forget your birthday or anniversary, either.

8 Someone Who Will Compromise with You

He shouldn't be the only one to get his way. He should be willing to compromise with you, so that you're both happy.

9 Someone Who Doesn’t Flirt around

You should be the only woman in his life. If he can't keep it in his pants, then he doesn't deserve someone as amazing as you.

10 Someone Who Likes You as Much as You like Him

You shouldn't be the one who loves more. Your love should be equal.

11 Someone Who Compliments You

You don't need to be told you're beautiful five times a day. However, he should never make you think that you're unattractive.

12 Someone Who Will Make You Feel Special

He should make you feel like the luckiest girl on the planet. If he doesn't, then you should find someone who does.

13 Someone Who Commits to You

Some men are afraid of commitment. However, if he really likes you, he should push that fear aside in order to spend his life with you.

14 Someone Who Will Never Say Mean Things to You

It doesn't matter how angry he is. It's unacceptable for him to call you names and make you feel like crap.

15 Someone Who Will Comfort You

He shouldn't run away whenever you show emotion. He should be there to comfort you when you cry.

16 Someone Who Won't Judge You

He should be thankful for the chance to spend the rest of his life with you. It should be his greatest accomplishment.

Never settle for less than you deserve. Have you been called picky in the past?

My boyfriend is always on his phone when we are together ...
Why do you think it is important to study history? ...
How to look beautiful without makeup naturally ...
Is beans healthy for weight loss ...
Why is it important to study the history ...
What is granulated sweetner ...
Greek yogurt how long after opening ...
Which food is rich in calories ...
What's good to watch on youtube ...
What drink is healthy besides water ...