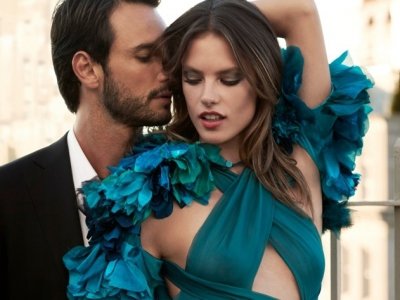 Although we'd love for a "friends with benefits" relationship to be simple, more often than not, things get complicated and someone ends up getting hurt! Guest contributor Stacy Freedman shares her tips on who is off bounds when it comes to friends with benefits. Hopefully, this will simplify things a tad bit the next time you're treading this dangerous path.

When you're pent up and looking for someone to play the friend with benefits role, it's easy to make bad decisions when choosing your potential partner. Luckily for you, I'm the author of the book, "The Friends With Benefits Rulebook: How to Get in, Get Laid and Get out With Dignity and Even a Relationship" and I consider it my duty to shake you with the gusto of a 8.0 Level Earthquake So That The Thought Never Enters Your Mind Again

Here is my list of people you should not even think about propositioning to be your friend with benefits.

It might seem like a good idea to turn to an ex when looking for a bed buddy to have no strings attached sex with. After all, you know you are attracted to one another, you may have a certain level of trust, and you're not jeopardizing a chance at a real relationship given your current status.

However, turning to an old flame to light your fire is asking for heartache and drama. There's history there and things are very likely to get sticky or go sour soon. It's far too easy to start reminiscing on old times with rose-colored glasses on, and pining for more. If you've already gone through the 'getting over you stage' after the breakup, you might find yourself back at square one when the other party realizes you want more than he/she does.

The solitary point of having a friend with benefits is to have someone fulfill your physical needs. If you have found your perfect dream guy who is capable of making you happy on other levels, why would you relegate him to such a tiny part of your life? Save your emotionally unavailable state for the guys you wouldn't want to become emotionally attached to.

The married guy is unavailable so it'll be harder for you to get attached, right? Wrong. A lot of us tend to want what we can't have and you might even convince yourself that you want this guy for the sole purpose that he's unavailable. I know how screwed up that sounds but it's the truth.

There's also a third party in the picture who your actions could affect. When it's just you and your friend making a mutually beneficial agreement, no outside person stands the chance of getting hurt. We want all the good karma we can muster! Furthermore, a man who is in a shaky marriage might be looking for someone to latch on as his savior for his failing relationship.

If you don't want to throw the job out with the bathwater, don't even think about recruiting a co-worker (a superior, peer or employee). Not to mention, seeing each other every day and sleeping together tends to strengthen those bonding chemicals that you want to avoid in a strictly casual relationship.

We all know when someone is totally infatuated with us. These individuals are not good FWB material because they want more than you do and are settling for crumbs or justifying to themselves that a little bit of you is better than nothing at all.

However, giving them just a taste will ignite hope in them that they can change your mind and somehow you will reciprocate their feelings. If you know there's no chance you'd ever be interested it's your job to look out for their best interests and spare them the inevitable heartache when they're faced with the harsh realities of a FWB agreement.

These types of arrangements can have a Hollywood ending, but that's the exception to the rule. Most time people don't know or observe the rules, and thus relationships can devolve into a hot giant mess. It goes without saying, don't select someone whose friendship you couldn't stand to lose despite how strong the sexual tension is.

Even if things don't go sour, when you do eventually meet your next boyfriend imagine the awkwardness in them knowing your history and the rift it can create when your partner feels uncomfortable with the closeness that you've shared. If you don't want to be faced with either omitting the truth or choosing between two people who mean a lot to you, it's best to avoid putting yourself in the situation entirely.

Every good friend with benefits relationship should have an expiration date. It's too tempting to draw your agreement out past the point of expiration when your buddy is literally just a stones throw away. Such casual relationships tend to get stretched into the multi-year territory and you wind up being single but very unavailable to other potential suitors.

Every good friends with benefits relationship should also end amicably, and they will if you follow my rules. However, life gets complicated, guys get crazy and you may never want to run into your buddy again. It's no fun sneaking into your own house to avoid the convenient run-ins and if you move on and he doesn't, whenever you bring your beau around prepare for awkwardness. It's best to choose someone you can make a clean break from at the appointed time.