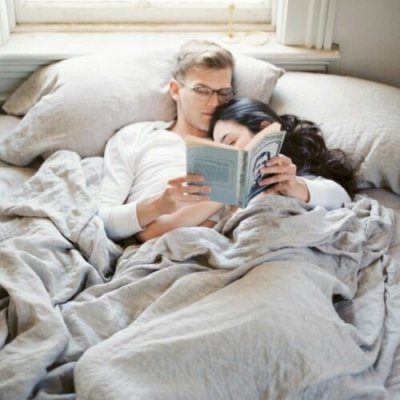 When you fall in love with someone, you want to spend all your time with them. That's understandable. But there is a risk that you could become too dependent on them if you don't maintain aspects of your life that don't include them. Some people get so caught up in their romance that they invest their entire emotional well-being in their partner - and it's not healthy to be too dependent. Here are some signs that you might be too dependent on your boyfriend …

1. You're Neglecting Your Friends

Do your friends complain that they haven't seen you for ages, or that you always prefer to go out with your boyfriend? Friendships need attention; you can't just drop them and then pick up again if you split up with your partner. It's not healthy to spend all your time with one person - you need a balance in your life and to have time away from your boyfriend.

2. You Don't Have Friends

If you don't have any friends at all, that's worrying. You may have moved to be with your partner, and not know anyone in the new town. If so, make it a priority to get to know people and go out with them. You definitely shouldn't drop your friends in favor of spending all your time with your boyfriend.

Another sign you may be too dependent is if you want his approval for everything. If you don't do anything without him okaying it, you're losing your autonomy. Take responsibility for yourself and make your own decisions. By all means ask his opinion, but don't expect him to make all your decisions for you.

Some people are like chameleons in a relationship, and always change their interests to match that of their partner. If you've suddenly developed an interest in gaming because he's a gamer, or you've dropped your own interests because they don't fit with his, that's an indication of dependency. It's cool to be introduced to new interests, but don't take up a new hobby just because he likes it.

Relationships involve compromises. But when you abandon something that is fundamentally important to you just to fit in with your partner, that is compromising too much. And you may end up resenting him for it, as well as regretting giving up something that matters to you.

Do you hate him going out with his friends? You're not the only one who should have time with friends; he needs time out from being in a relationship as well. Wanting to monopolise his time will just make him feel stifled.

Being in a relationship can be wonderful, and should be fulfilling. What makes it lean towards dependency is when you invest everything in this one person and don't have any balance in your life. It can become oppressive for them, and isn't healthy for you. Have you dated someone who was dependent on you?