How to Be a Good GF when You Suck at Relationships ...

The failure of your past relationships shouldn't ruin your current relationship. Your exes weren't right for you, which is probably the reason why your former relationships went so poorly. But you can't let your past get in the way of your future. You have a clean slate with the man you're with now, which means you can be an amazing girlfriend, even though you usually suck at relationships.

1 Be Honest about Your past

Relationships shouldn't be based on lies. If you've never been in a healthy relationship before, then you should let your current boyfriend know. That way, he'll understand why you have trouble when it comes to certain situations. The more he knows about your past relationships, the easier it'll be for him to understand why you're feeling self-conscious and to help you work through it.

2 Learn to Work as a Team

If you're serious about your relationship, you need to treat your boyfriend like he's your teammate. Consult him before you make any decisions, even if they don't seem to impact him at all. If you're going to dye your hair or take a vacation, talk to him about it first. You don't have to do what he says. Just listen to his opinion, so he can feel like he plays a big role in your life. 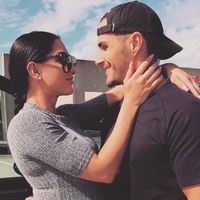 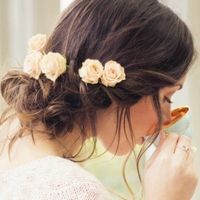 Don't accuse your current boyfriend of cheating on you, just because your exes used to cheat on you. Your new boyfriend isn't your old boyfriend. You're not even the same girl you used to be, so if you feel guilty about how badly you hurt an ex in the past, don't worry about doing the same thing to your partner in the future. You've grown since your last relationship and won't make the same mistakes again.

4 Don't Psyche Yourself out

If you keep telling yourself that you're a bad girlfriend, then you'll end up behaving like a bad girlfriend. You truly need to believe that you can be the amazing girl that your guy deserves.

All couples are going to fight. When you get into an argument with your boyfriend, don't assume that a breakup is on the horizon. Instead, you should talk out your issues and come to a compromise that'll make you both happy. Don't let him have it his way and don't force him to let you have it your way, either. Find a solution that benefits you both.

6 Let Him Know You Appreciate Him

You don't need to cook him fancy meals and buy him expensive gifts. Just tell him how cute he looks when he smiles and hold his hand whenever you're lounging around together on the couch. The little things don't seem like much, but they add up. They let him know you love him and appreciate him.

All your boyfriend asks of you is that you try. If you're clearly making an effort to make him happy, then he shouldn't complain. Everyone makes mistakes, so he won't blame you for silly little things if you show him that you're trying your hardest.

Even if all of your past relationships have failed miserably, you'll be a great girlfriend once you find the one that's right for you. What do you have the most trouble with when it comes to relationships?

What to do if your crush doesn't know you exist ...
It is good to eat vegetables and fruits everyday ...
Is carrot a hybrid food ...
Show me dinner ideas ...
What do i put in tacos ...
What to cook for date night ...
How to cover nipples from showing through your shirt ...
Tv shows that increase intelligence ...
How to tell a man he is good in bed ...
What can you add whey protein to ...