How to Move past a Drunk Blow-up with Your Partner ... 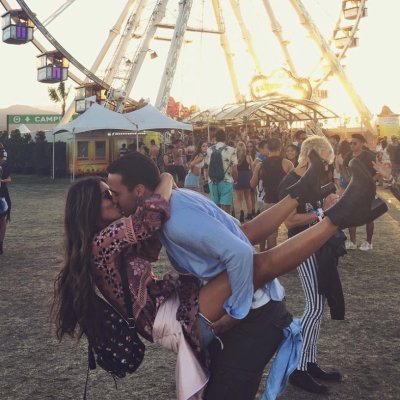 Sometimes couples drink. Sometimes couples fight. Sometimes the two overlap and the results are not pretty. Recently, our dearest friends – who have been married for not quite a year, together for about six or seven – had a major fight. S. drank a little too much during a party and unloaded on G. later, leading to G. heading over here in the middle of the night. Things turned out okay, but it made me think about this topic because I can't imagine it's an uncommon problem. Let's work on the premise that your partner tipped back a few too many and a belligerent blow up ensued. We'll go from there.

1 One of You Needs to Step Away

It's usually the sober partner – you, for the purposes of this post – because you're the only one who knows enough to it. This is the best thing you can do. As soon as the fight starts brewing, try to step away. That's a best case scenario and it doesn't always happen – it can't always happen. However, if you can tell it's coming before it gets bad, walk away.

There's a point of inebriation where the person drinking gets mouth, aggressive, insulting, and belligerent. They also get honest. You probably see, hear, and read all the time that alcohol just lowers the inhibitions and makes a person more likely to say what they usually hold back. That's true … to a point. Some drunk folks also like to talk smack. They will say anything they can to be mean, to get a rise out of you, and to push your buttons. Don't engage in that. You're both better than that, but you're sober and your partner's drunk, so it's up to you to be the bigger person … even when it hurts.

You may want to make sure your partner is safely tucked away with someone, too, or that someone's looking in on them. That's cool. Then you need to find somewhere comfortable for yourself. Go to your best friend's house, your parents', anywhere that feels right to you. Just based on this experience, if it's possible, seek out people who know and love both of you – so there's less judging involved.

4 Vent as Much as You Need to

This is also why you need to find a safe space, and preferably be with people who love you as well as your partner. That way you can vent without judgment, nor will you have to worry that your friends will think your partner is an awful person. In this situation, I still adore S. – he's a great person who did a crappy thing.

Even if you two never go to sleep on an argument, go to sleep on this one. You can't fix anything until you're both sober. It's a mistake to rush a reconciliation or a confrontation because nothing will get through. It can do more harm than good.

6 Do Not Talk to Each Other Right Away

It's best to avoid talking to each other throughout the night and even into the next day. Everybody needs to sober up and think. Seriously, you don't want to talk to your partner while there's even an ounce of alcohol left in her/his system because the liquor might keep talking.

Deep-seated issues may well come to the fore during a drunk fight. Your partner may release some pent-up feelings about things s/he's been holding in up to this point. If your partner said a bunch of things that came out of left field, however, odds are it's because they did. For example, if your partner criticizes your personality or your looks and that's never, ever happened before, it will hurt and you will dwell on it but it's entirely likely that it was just one of those mean, insulting things drunk people sometimes hurl. That doesn't make it much better, but it helps a little.

Are those issues worth working on, though? Can you forgive the fight, the ugliness, and the drinking? Is the drinking a problem? After a fight like this, you need to talk to each other and you need to decide – both of you – if you can fix the relationship.

You may decide not to, especially if it's a chronic problem. However, you may fight for what you have. That's up to you – there's no right answer.