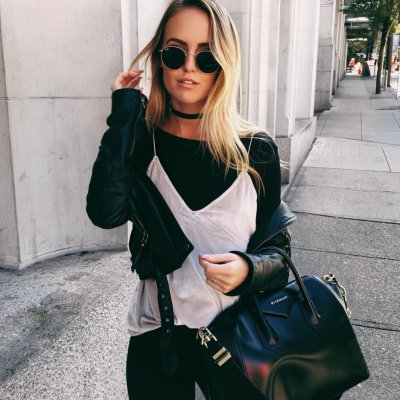 Unfortunately, people are capable of some pretty crummy things. That's why you should always keep your eyes open for red flags in relationships to avoid getting your heart broken. When you let your guard down, that's when it's the easiest to get hurt. If you're worried that your man might be cheating on you, here are a few little changes that suggest that you're correct:

1. His Phone is Always on Airplane Mode

The way that your boyfriend treats his phone can be a big indicator of how loyal he is. If he won't let you touch it, even though he hasn't had a problem with you using it in the past, then he's keeping something a secret. You should also be concerned if he suddenly adds a lock screen to his phone, or if he puts his cell on airplane mode when you're together to avoid receiving text messages.

2. He Styles His Hair Differently

You shouldn't automatically accuse your man of cheating, just because he took a trip to the barber shop. However, if he changes his hair, changes his cologne, and changes his style of clothing all at once, he might be trying to impress another lady.

3. He Takes Forever to Text Back

If your boyfriend usually answers your messages in five minutes, but it's suddenly taking him hours, he might not think of you as a priority anymore. Even worse, he might be out and about with other people, so he's too busy to look at his phone to check his messages.

4. He Accuses You of Cheating

Some cheaters aren't born to cheat. Instead of enjoying their unfaithfulness, they'll become super paranoid. When that happens, your boyfriend will end up accusing you of cheating, even though you've done nothing to make him worry. He's just trying to place the blame on you, so he doesn't have to carry it all on his shoulders.

5. He Doesn't Kiss You Often

If your boyfriend stopped showing you affection or sleeping with you, for seemingly no reason, then he could be cheating. After all, if he's getting his kisses elsewhere, then he won't be eager to get them when he sees you. If he's not sick or depressed, then a sudden drop in affection is a huge red flag.

6. He Hangs out with Friends You've Never Heard of

If you've been with your boyfriend for a while, then you've probably met all of his friends. If he suddenly tells you that he can't hang out with you, because he's hanging out with "George," and it's a name you've never heard before, you should be concerned. He might be making up "George" in order to have an excuse that'll allow him to cheat.

If your man used to tell you how much he loved you every single day, but now he won't return the phrase after you say it to him, then he might be having second thoughts about your relationship. If he really loved you, then he wouldn't hesitate to scream if from the rooftops.

If your man only does one of these things, you shouldn't be worried. However, if he gives you multiple reasons to believe that he's cheating, you should sit him down to have a serious chat. Have you ever been cheated on?