17 All Too Real Truths about Breaking up No One Ever Talks about ...

Breakups are tough. Everyone tells you that there are other fish in the sea, you're better off, and you should just get over it, but it's not that easy. Every breakup is different, every reason is different, but there are lots of similarities, too. The pain, the regret, the hope – those are usually the same. It's just that nobody ever tells you the full truth about breakups.

You can't just turn it on and off like a light switch, even if your ex was horrible and your breakup was messy.

You'll probably feel a whole big mix of things after your breakup, in fact.

3 Certain Songs, Movies, and Books Will Hurt You Too Much for a While

It might be a while before you can listen to certain songs, watch certain things, and go to places that remind you of your ex.

Everybody always tells you to rise above it, and you might resist the temptation, but it's understandable if you don't.

If you really think it's a possibility, you might want to surround yourself with friends and family for a while, so you don't send any texts or make any calls you'll regret.

For example, you might force a friendship with your ex just to keep them in your life, even though it hurts.

Facebook and Twitter, too – the urge to see what they're up to and how they're dealing is just too much sometimes.

8 You'll do Your Fair Share of Wallowing, and That's Okay

Wallow as much as you need to until you start feeling more like yourself – you need time to heal and grieve.

9 Even Though It's Not True, You'll Feel like You'll Never Love Again

Better things are waiting for you in the future, and you'll realize that in time.

10 It's Common to Isolate Yourself for a Little While

While you're grieving or raging or wallowing, you don't always want to be around other people.

11 You Might do Some Things You Aren't Proud of

Like eating the entirety of your fridge or drunk texting your ex.

This is a possibility, too, and it's understandable, honestly.

13 Or Flirting/hooking up with Their Friends

So is this, I think almost everybody feels that way, whether they go through with it or not.

The revenge may or may not pan out the way you want it to, but sometimes a rebound is exactly what you need.

15 And It's Totally Possible You'll Get a Dramatic Haircut

This is a popular breakup trope, but it's kind of true, you know?

This goes hand in hand with the wallowing, but more than that, you may go through a period where you don't care about anything at all.

So, you might wind up holding your ex's shirt and sobbing into it or collecting all the stuff that's still at your place and lighting it on fire.

The most important thing to remember, though, is that it will get better. Your heart will heal! 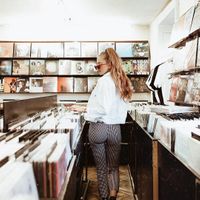 10 Tricks to Boost Your Self Confidence ... 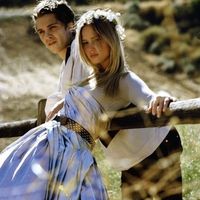 7 Types of Breakups That Everyone Will Go through ... These Celebrity Families Will Make the Kardashians Scooch over ... 7 Deep Love Lessons All Girls Should Learn in Their 20s ... 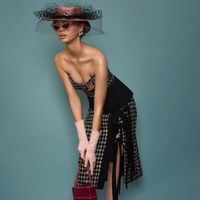 How to be sophisticated They're happy at happy hour 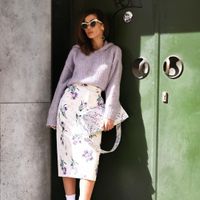 7 Common Money Fears and How to Tackle Them ...