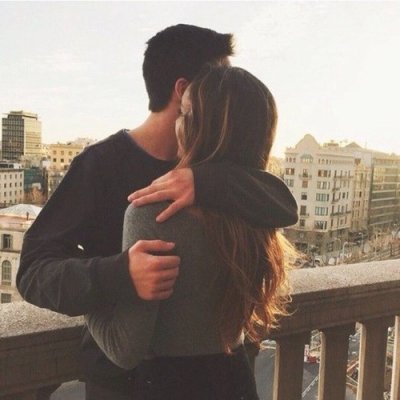 A relationship will only last if both people want it to last. If you like your partner more than he likes you, then there are going to be problems down the line. It's hard for a couple to stay together when their feelings for each other are unequal. A healthy relationship requires you both to be on the same page, so here are some signs that that isn't the case:

1. You Always Text Him First

Do you always text him first? Do you occasionally have to send him multiple messages before he decides to answer you back? If so, then it's a sign that you like him more than he likes you. Nowadays, everyone has their phones on them at all times, and it's not all that hard to shoot back a text. Unless he's busier with work or school than you are, then he should be able to message you as often as you message him.

2. Life Revolves around Him

Do you spend loads of time with his friends and family, even though he won't visit your house to see the people you're close to? If he doesn't have any desire to meet the people you love, it's probably because he doesn't see a future with you. Of course, it could be because he's too nervous to take such a big step, so talk to him about it before you accuse him of anything.

3. You Make All the Plans

Do you rearrange your schedule in order to make time for him, even though he never does the same for you? In fact, are you the one who always initiates plans, because he never asks you to hang out? If those things are true, then you probably like him more than he likes you.

4. You Initiate All theÂ Affection

Even if he initiates sex often, you should be worried if he doesn't initiate anything else often, like hand holding and cuddling. Intercourse isn't the only form of affection out there. In some cases, it's actually the least intimate, so you should be weary if your man only initiates sex, but never wants to be close to you outside of the bedroom.

5. You Let Him Pressure You

If you let him push you around, because you don't want to upset him, something is seriously wrong. If he liked you as much as you liked him, he wouldn't feel comfortable peer pressuring you. He'd wouldn't want to be happy if it meant making you upset.

6. Talk about the Future

Some people are scared of commitment and don't like to talk about the future. However, if you ask him to attend a wedding with you in a few months and he won't give you an answer, he's probably unsure if you'll actually be together for that long. Whoever talks about the future the most is typically the one with the stronger feelings.

7. He Wins Every Argument

A relationship requires compromise. If you let him win every single argument, because you're scared that he'll break up with you if you upset him, something is wrong. If you're constantly worried about him leaving, then there are aspects ofÂ your relationship that need to be adjusted. You shouldn't hold yourself back in order to keep him happy enough to stick around.

It's dangerous to be in a relationship where one person has more power than the other. That's why you should be weary of staying with someone when your feelings for each other aren't equal. Have you ever dated someone you liked more than he liked you?