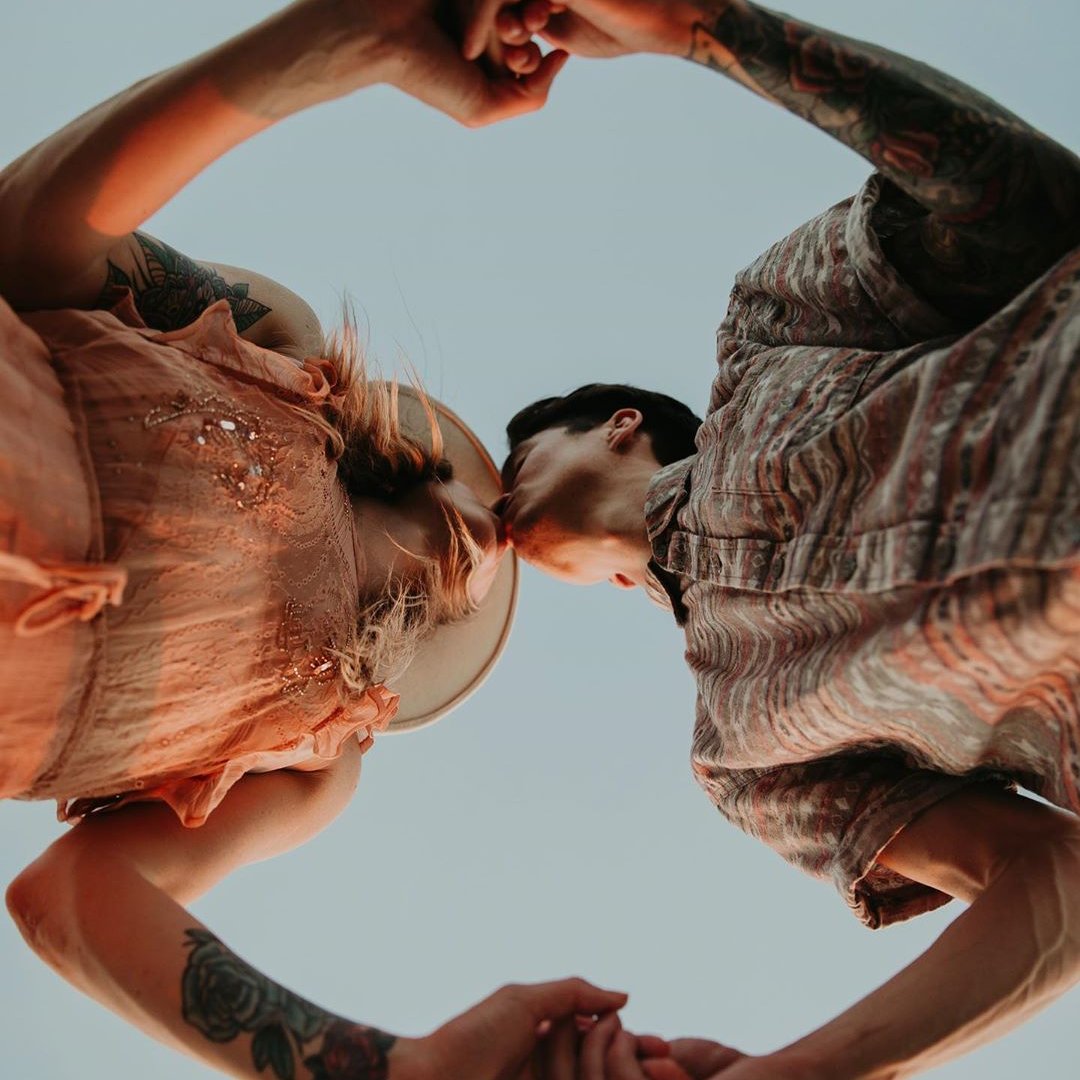 Let me fill you in on a little secret, from someone who has been there; there are usually two types of guys in each group… the smooth operators and the silent partners. Trust me, 9 out of 10 times, the silent partner makes the better boyfriend. The smooth operator is usually the ringer (i.e. the guy who gets all the girls with his smooth talk and rambunctious personality), and while they might seem like they’re more fun, they are also total players for the most part. Let’s face it, they’re great at flirting and are likely that way with every girl they meet. The silent partner, on the other hand, usually waits for his friend to bring the girls in, decides if he is interested, and takes his time in asking you out. He’s more reserved and probably doesn’t date as much, but when he finds the right girl, his personality warms up and he usually isn’t interested in dating around, making him an ideal candidate for a relationship.

One of the most obvious signs your crush would make a good boyfriend is his willingness to meet you on your turf. Anyone can stop by your place when he is in the area, but a real indication that it will grow into a lasting relationship is whether or not he goes the extra mile (literally). Admittedly, this isn’t always easy to do, especially if your crush lives far away or they have a demanding work schedule, but at the end of the day, relationships are based on a mutual desire to be together, and there will always be challenges to keep you apart. If he’s not able to overcome those bumps in the road from the get-go, there’s a good chance he won’t ever be.

3. He Makes an Effort with Your Friends

Okay, he is crazy about you, but can he handle your gal pals? Let’s face it, if you’re going to be in a relationship with this person, he really needs to be able to at least get along with your friends. Oftentimes, good guys can find it difficult to be uber sociable around a group of girls, so don’t fret if he isn’t Mr. Sociable when he is the only dude. Instead of throwing your crush in the lions den to see how he does, organize a little outing with a mixed group of guys and girls so he doesn’t feel so awkward, then see how he does.

4. He’s Keen on Meeting Your Parents

Guys are not going to put themselves through the ringer (i.e. your dad’s crushing handshake that let’s your crush know he means business) if they’re not serious about dating you. One of the easiest ways to tell if your guy is going to make a good boyfriend is whether or not he wants to meet your parents or not. It’s best to wait a few dates before subjecting him to an entire evening with the folks, but if he’s showing signs of disinterest in meeting them after more than 5 or 6 dates, kick him to the curb. Blood is thicker than water, you don’t want to waste your time with someone who isn’t going to be cool with the fam.

5. He Encourages Your Dreams and Ambitions

You’re good at what you do and know what you want out of life, and that might not always be reflected in what you’re current occupation, salary or job title. Dating someone who is not only understanding of that, but believes in what you are trying to accomplish can be a large factor in whether you make it as a couple or not. A man who encourages and even challenges you is better than gold, hang on to him! On the other hand, if he is condescending--even just to the point of making little jabs or jokes-- about your dreams now, it’s unlikely he will ever be supportive towards your drive in the future.

6. He’s Not Shy about Public Affection

A great way to tell if your crush would make a good boyfriend is his body language toward you when you’re out in public. No, I’m not referring to him trying to hook up with you in a movie theater. Does he grab for your hand while you’re walking, or perhaps wrap his arm around you while you’re waiting in line at a restaurant? If so, it’s his way of telling you that he is proud to be seen with you, and probably interested in a long-term relationship with you.

7. He’s a Gentleman around You, Even in Front of His Friends

Guys really know how to turn on the charm when they want something, but very few are going to keep up that front when they are around their own group of friends. How your crush treats you when he’s around his buddies is a great indicator of how he’s going to act when the front comes down. If he’s a bit shy about kissing you or holding your hand, it’s not a totally done deal, he might just be a little more reserved about PDA – which is not necessarily a bad thing. But if he turns into a complete douche canoe, it’s time to move on!

As much as we loved playing Candyland, Twister, and Pretty Pretty Princess when we were younger (ok, we still like them), no one is interested in playing games with someone they actually like. When you first start dating someone, you may want to test the waters and see how you feel about them as much as they do, but if after 4 or 5 dates they are still playing Hide-and-Seek with you, it’s clear they aren’t that interested. If your crush always calls when he says he is going to, doesn’t cancel dates with you (unless it’s an emergency of course), and always arranges the next time you will see each other, he will definitely keep that up in a relationship. And, let’s be honest, every girl wants a boyfriend she can depend on.

9. He Surprises You with Gifts

It’s great when you meet someone showers you with Tiffany’s, but even better when your crush finds sentimental ways to let you know he is thinking of you. Maybe he knows you have an affinity for Pez and surprises you with a dispenser, or leaves you little notes in your locker. This kind of thoughtfulness is one of the best indications that he would make a great boyfriend. Note: don’t judge too much on what the gift is, it’s less about what they bring and more about the fact that he is thinking of you on a regular basis.

10. He's outside of His Comfort Zone for You

A family member once told me that the way she knew her now husband was going to make a great boyfriend was the fact that he went ice-skating with her. Doesn’t sound all that fantastic, until you imagine him falling all over the place while she whisked on by like Kristy Yamaguchi. If your crush is willing to do an activity with you that is completely outside of his comfort zone, it’s a good sign he cares more about making you happy than being comfortable himself, a fantastic quality to make a relationship last.

No one is perfect, I’ll take a guy who is real any day over someone who is all about looking good on paper. If your crush underplays the thoughtful things he does, it’s usually a good sign that this is his usual behavior, which is a great attribute to have in a boyfriend. If he makes a big deal about what he does for you, it’s likely that even he recognizes that this is abnormal behavior and it will likely stop the moment you are in the relationship.

How your crush treats his friends can be a great example of how loyal he would be as a boyfriend. If you already have an established friendship with your crush, pay attention to how he treats your friendship… is he a shoulder to cry on when you need it? Do you enjoy just hanging out with him when you have no makeup on with your hair in a messy ponytail? These are all things that you will likely want in a relationship down the road, so if you’re crush is already a stellar friend, he will likely make a great boyfriend!

There are several signs to watch for when you start dating someone to see if they’d make a good boyfriend. While he may not have all of the them covered, the more of these qualities your crush has, the more likely he is to not just become your boyfriend, but to make a good boyfriend… one that you’ll want to keep around for awhile. Have a stellar boyfriend already? What signals did he give early on to let you know he would make a good bf?