21 Things All Single Women Are Sick to Death of Hearing ... 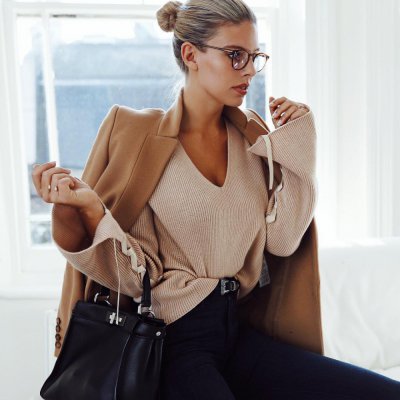 What's the big deal about being single? What is it about being unattached that makes people think they can get all up in your business? It's not like being single is the worst thing in the world. More and more women are actively choosing to remain single these days. Even if it's not a choice, it's not a big deal – and it's certainly not an invitation for people to start telling you about your life. My single friends are very upfront about the things they're sick to death of hearing. They wanted me to share those things with you. Do they sound familiar?

1 “Are You Seeing Someone?”

Always. Every time. It's the first question everyone asks. Seeing anyone yet? Met anybody new? NO.

The people who say this to you? They do not know the perfect person for you. They know someone who happens to be single at the same time. You probably have nothing in common except for the fact that you both breathe and you're both single.

Because you are not a frigging ice cream cone, that's why.

Pretty. Smart. Funny. Kind. Whatever. This doesn't even make any sense. Too pretty to be single? For really real?

5 “Maybe You Should Lower Your Standards.”

Maybe you should shut your face, friend.

What? Like your single status is a terminal diagnosis? Like you have an expiration date stamped on your thigh?

Anyone who ever says this to you needs to take several seats. All the seats.

8 “There Are Plenty of Fish in the Sea.”

Yes. There are plenty of fish in the sea, plenty of bears in the woods, and probably plenty of pains in your ass every time anyone feeds you this sad, sorry, pointless platitude.

No, you should absolutely settle so you can end up in a boring, mediocre marriage, right?

10 “Your Soul Mate is out There Waiting for You.”

This makes it sound like there's a waiting room out there somewhere, filled with single people, waiting to be found.

As if you spend every single night at clubs and bars and house parties, as if your life is actually “Sex and the City.” No doubt you're fabulous no matter what your relationship status, but c'mon, being single isn't automatically synonymous with being glamorous.

Next time, you should just say, “Yeah, I have. S/he's in a trunk in my bedroom.”

13 “Have You Thought about Online Dating?”

Have you thought about a frontal lobotomy?

14 “My Best Friend's Sister Met Someone on Tinder!”

Run. Run now. Don't look back. Throw your phone in the ocean.

15 “Maybe You're Really Putting Yourself out There.”

Maybe the people who say this are right. Maybe you should start wearing a sandwich board when you go out so everyone knows you're single.

If it means avoiding the people who say these heinous things for the rest of your life, maybe dying alone isn't such a bad thing.

18 “Single Life is so Much More Exciting than Married Life!”

This is usually a case of the grass always being greener. Typically, the person saying this is under the mistaken impression that single life really is just like a Beyonce song.

19 “You'll Find Someone Once You Stop Looking!”

People. A potential mate is not the same thing as a lost set of car keys.

Like you don't have friends, family members, buddies, neighbors, acquaintances …

Single, married, in a relationship – it doesn't matter. Only you can live your own happiness. 'fess up, though, single stalkers. What do you get tired of hearing?