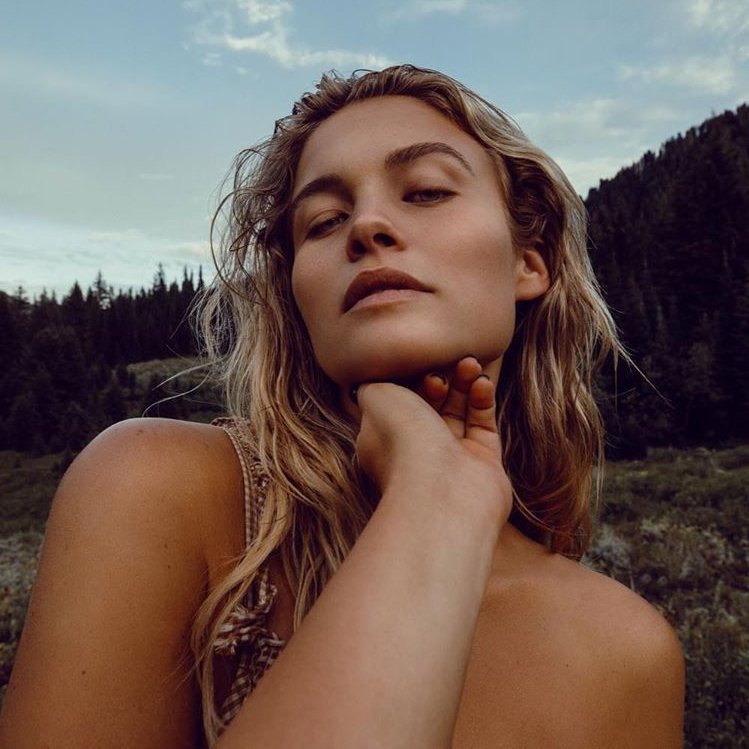 Ladies, did you know there are certain things that turn men off as quickly as flipping a light switch? It’s true. While there are always exceptions to the rule, this list of things that turn men off are things that make men want to turn around and run the other way when they see these behaviors out of a woman they are in a relationship with or are interested in. I don’t know about you, but I certainly don’t want that. It is wise to give these things some thought to see if any apply to us.

One of the things that turn men off is dressing trashy. What I mean is when you dress to let it all show, not just a hint of cleavage or some leg. Men have more respect for a woman that dresses attractively but not too provocatively. I think that dressing sexy can be a wonderful thing and I heartily support that. But I have to share with you this piece of wisdom passed down to me from my mother. It is always best to leave a little to the imagination and that’s the truth.

2. Speaking in a Crude Manner

Men generally don’t care for a woman that could put a sailor to shame with the way she talks. Most men prefer a woman who speaks in a proper manner and doesn’t use an overly large amount of slang and cursing. While a few little words here and there may not turn a man off, every other word coming out of your mouth more than likely will. I gave up cursing years ago and have never regretted it. Additionally, as I have aged into my early thirties, I have had more of a desire to even give up innocent slang words and make it more of a goal to use proper English. Although I do not do this perfectly, it is something that I work toward.

You are never going to win the heart of your guy, or keep it for that matter, if you mistreat his family. He loves you but he loves his family, too. I do understand that there can be difficult family members you may come in contact with. But unless you are forced into a confrontation, it is always better to take the high road. Besides, if a guy sees that the girl he loves is being mistreated by his family then he will most likely not tolerate it and set his family straight very quickly.

Okay, ladies. I am a talker but even I know that there are some things men do not want to hear about. To put it in a nutshell, they really don’t want the details of your female body parts and cycles. It is fine to tell your boyfriend or husband that you aren’t feeling well because you started your period but that is usually all he needs or wants to know. Men usually are turned off by the gory details and who could blame them? If you really need to talk about that stuff, find a girlfriend to commiserate with.

5. Bad Hygiene and a Sloppy Appearance

Bad hygiene in a woman is going to make a man want to run for the hills, period. And a sloppy appearance isn’t going to draw him close, either. What do I mean by sloppy? Not bothering to care what you look like or are wearing. It is fine to have some days that you don’t wear makeup, don’t fix your hair and just hang out in your sweats but that should not be the norm. Of course, there are some of us that are blessed by having enough natural beauty that no makeup is needed and to those ladies, I envy you.

6. Being Flirty with Other Men

This is a definite no-no. Want your guy to care deeply for you? Don’t flirt with his buddies. Not only does it make you look easy but it shows a total lack of class. In fact, you really shouldn’t be flirting with anyone but the guy you are in a relationship with. If you are single, then by all means, enjoy flirting!

7. Shooting off Your Mouth

I have to confess, this is the one I have struggled with on this list, although I have thankfully gotten better with time and practice. Having a short fuse and being very forthright can be a bad combination. A man will not appreciate it if you cannot have a conversation without smart remarks. Likewise, they aren’t going to have much respect for you if you make an idiot out of yourself when something doesn’t go your way in a business or public situation. For me, one of the best ways to avoid letting those kinds of situations get out of hand is let my husband handle them.

8. Having All Male Friends

Girls aren’t the only gender that get jealous. When you’re constantly surrounded by other men, your boyfriend may get jealous. There’s nothing wrong with having friends of the opposite sex, but it’s also understandable for him to be worried. He’s only upset, because he doesn’t want you to leave him for another man.

9. Too Much Make-up and Jewelry

Guys don’t understand our love of lipstick and rings. While we like to wear as much as we can, they prefer that we keep it simple. Of course, it’s your body and you’re in control of it. If you like covering your arms in bracelets, go for it!

We all have issues with our body and personality. However, men love confidence. You have to act like you have yourself put together, and they’ll believe you. Of course, once you get to know one another, there’s nothing wrong with letting him know all of your fears and insecurities. Until then, try to act like a star, and you’ll soon feel like one.

Some men get uncomfortable when you cry. They aren’t sure how to handle the situation, and they make it worse. There’s nothing wrong with being in touch with your feelings, but try not to get furious or depressed at the drop of the hat. It’s difficult to control your emotions, but you can control your outer reaction.

Men love women who are independent. You can hug him and tell him how much you love him, but you shouldn’t be miserable without him. Your happiness can’t depend on a man. You have to find other things in life that you enjoy, so that your world doesn’t revolve around him.

Some girls like to tell their man about the gossip they heard at work or school. However, most guys find this catty. They don’t like when women talk about others behind their back. It can make you seem meaner than you actually are.

When you spend hundreds of dollars on accessories, men think that you’re wasting your cash. Of course, they don’t understand how expensive woman’s items are. Plus, the same things that they complain about us buying are the things that they love seeing us wear. Although it’s only our business how we spend our money, men can find our receipts outrageous.

Men don’t like to be smothered, but they don’t like to be ignored either. If you’re too focused on yourself that you neglect your boyfriend, he may leave. Most guys won’t admit it, but they like to feel special. If you don’t treat him like he’s important to you, then he’s going to find someone who will.

Certainly a man should engage a women in conversation if he wants to get to know her, but using cheesy pick up lines is never the way to do it. Women don't fall for one liners about falling from heaven or running through your mind. They feel uncomfortable when you use them and probably won't be all that interested in continuing the conversation. Instead, introduce yourself and find out if you have anything in common.

17. Checking out All Women

There are loados of beautiful women in this world, but if you have your eye on one in particular, keep your eyes from wandering to all the others in the room. A woman wants to feel special and attractive, so if you appear to be hunting for the next best thing, she isn't going to feel that way. Make eye contact and make for certain that a woman you're interested in knows you only have eyes for her.

There's nothing that chases a woman away faster than horrible manners. She wants you to open the door and pull out her chair, but even more importantly, she wants to hear you say "please" and "thank you" when you're interacting with people. Common courtesy is so easy, and a man who doesn't make the effort isn't going to get a second date very often.

You may well be the best basketball player in your social circle or the highest paid executive where you work, but going on and on about it is going to turn women off. They want to hear about you, but they also want to discuss other things. Go ahead and mention your love of B-ball, but don't make your skills the entire scope of your conversation.

You saw this as a turn-off for men, but gentlemen, I can assure you that it goes both way. No woman is going to want to get close to man who doesn't brush his teeth, bathe regularly or wear deodorant. Put in an effort if you're on the hunt for a new love. It will go a long way toward helping you get what you want.

Nothing will scare a girl off faster than starting out on date one with talk about your future children or the vacation home you can buy together. Take things slow - get to know one another and learn about each other without worrying about what might happen in a couple years.

Sure, living in a rat hole is going to turn a woman off, but I'm talking about relationship laziness. Maybe you snagged the girl of your dreams and you are now dating. Under no circumstances should you stop telling you how beautiful she is, buying her flowers, renting romantic movies or going on exciting dates. Getting lazy will turn her off faster than anything else. You both need to make an effort to keep the relationship going.

This list is certainly not an exhaustive one. What things have you found are turn offs to men? Please share so we can learn from each other here!

This article was written in collaboration with editor Holly Riordan and editor Eliza Martinez.