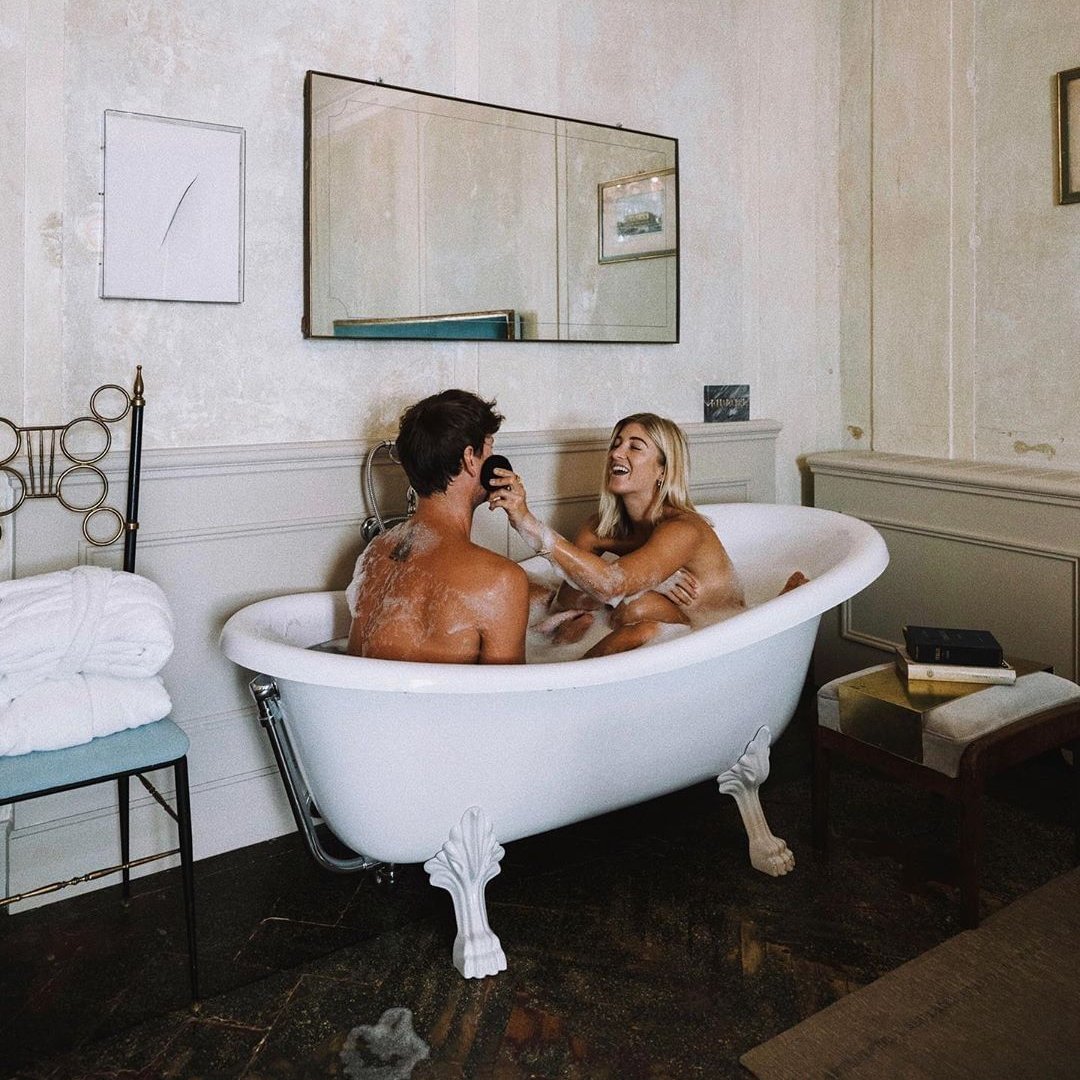 Men are irritating, but at the same time lovable; mysterious, but at the same time straightforward; and although they seem emotionless, there are many ways men express their feelings. When you send a text and don’t get a response or when you go out on a date and he doesn’t show any affection, you may think that men don’t have feelings and don’t care, but deep down, men do. The slightest look or touch that may not seem like a big deal to you, can be a huge deal to him. Men might express themselves in the smallest, silliest ways, but you should know about all of the different ways in which men express their feelings.

When a man shows commitment, he’s serious. Men tend to have a reputation of being afraid of commitment. It takes a man a long time to commit since he wants to make sure that you’re fully onboard. Once initiating a monogamous relationship, men take their relationships seriously. He is choosing to be with you so embrace it! When they commit, it's one of the many ways men express their feelings.

2. Taking Action Instead of Saying "I Love You"

Even though men do say "I love you," many prefer to show their feelings through actions other than actually using their words. Instead of the typical "I love you," your man may fix things around the house, take out the recycling and garbage, or even bring home a little surprise gift after a long day. He might do anything to rock your world so don’t be worried if he doesn’t often say "I love you." Be conscious of the little things he does as an alternative.

Even if it’s not PDA (public display of affection), affection is affection and if he’s showing you some love then welcome it. Whether it be making an effort to spend as much time with you as he can or sends you a gift out of the blue, he’s trying to express himself. He’s finding ways to make you feel special and rather than expressing his feelings with words: he’s showing affection through action. You never want to have to force the words out of a man. Rather than making a man express himself in words, try to make ends meet and accept and recognize the affection he is trying to give you no matter which way he offers it.

If he introduces you to his closest friends, his family, or gives you a big smooch freely it means he’s really into you. Women believe that men should do all these things and that it shouldn’t be a big deal, but it is. The introduction signifies the commitment, love, and intimacy that he has for and towards the relationship. Him wanting you to connect with the others involved in his life is a big deal. I know it may be intimidating realizing that you’re not actually the only one in his life, but getting comfortable with introductions and meeting some of his people is a way in which he is expressing his feelings and how he feels about you.

Usually when having a conversation, you’ll give the common, "Mhm," "Yes," "Sure," responses to let the other person know you’re at least listening to them. When you don’t get any response from a man, you usually think he’s not listening, but just because he isn’t saying anything does not mean that he isn’t. A man may prefer to listen quietly and actually think about what you are saying. In a case like this, silence may be a good thing and may be his way of effectively listening to you.

6. When He Pleases You

You’re pleasure is important to your man not only in the bed but out as well. Men will be men though and might not know exactly what to do or how to please you unless you use your words and actually tell him what you want. It’s so typical for women to sit on the sideline and expect the men to know. Well sorry women, they don’t. If you tell him, gently though, men are serious when it comes to affecting their ego, he’ll listen. Pleasing you will make him and you feel good.

When does a man really open himself up to a woman? Unless he’s really into you, it’s rare that a man will. If your man does, then it means you're one lucky, trusted lady. Although it may not seem like a big deal to you, it’s a way of him expressing his feelings and letting you know that he does have a brain and a heart somewhere inside that body of his. When he let’s you in on the ups and downs of his past or when he vents to you about work, welcome it. It’s a compliment for your relationship.

This doesn't mean extravigant gifts or buying you things all the time, but if a guy buys you a gift because it reminded him of you that's a good sign. He's trying to express his feelings without actually having to say "I was thinking of you" or "I wanted to show you I care." Sometimes it's nice to hear it, but other times it's enough to just know because of little gestures like this.

9. Introducing You to the People He Cares about

This is a huge deal for some guys. If they really care about you and don't see you leaving your life for a while then they feel like you should meet the people in their lives. It's even better if you know that this isn't normal behavior for him. This tells you he cares about you and thinks you're special enough to share with the people in his life that he cares about the most.

This means when he just absentmindedly reaches over and touches your leg or puts his arm around you. This could also work for when he initiates cuddling or to hold your hand, not the stuff that you initiate! The best feeling is when guys just do something that seems like they're not even thinking about it, they just wanted to be touching you so they did - not sexual, not pawing at you, just a sweet and tender touch meant just for you.

Sweet pet names that are not the standard babe, baby, and honey are a great way to know that a guy cares about you. It's so subtle that he probably doesn't even realize it, but he's thought enough into it that he's not calling you a generic name. It's a sweet way to show you that he's trying, even if he won't come out and say it. Not all guys do this and sometimes it's enough that they even call you babe, but it's even better when thought goes into it.

It is scientifically proven that men tend to use the left side of their brain, where reasoning lies, and that women tend to use the right side of their brain, where emotion is an attribute. I like to think that women use both sides, but I’m not to sure about the scientific backing! Even though us women have a great ability to comprehend and express emotion, men do have feelings and emotions. It’s important to communicate and be aware and recognize that men do have a way of expressing their feelings. Will you give your beau a chance to express his feelings the best way that he can?