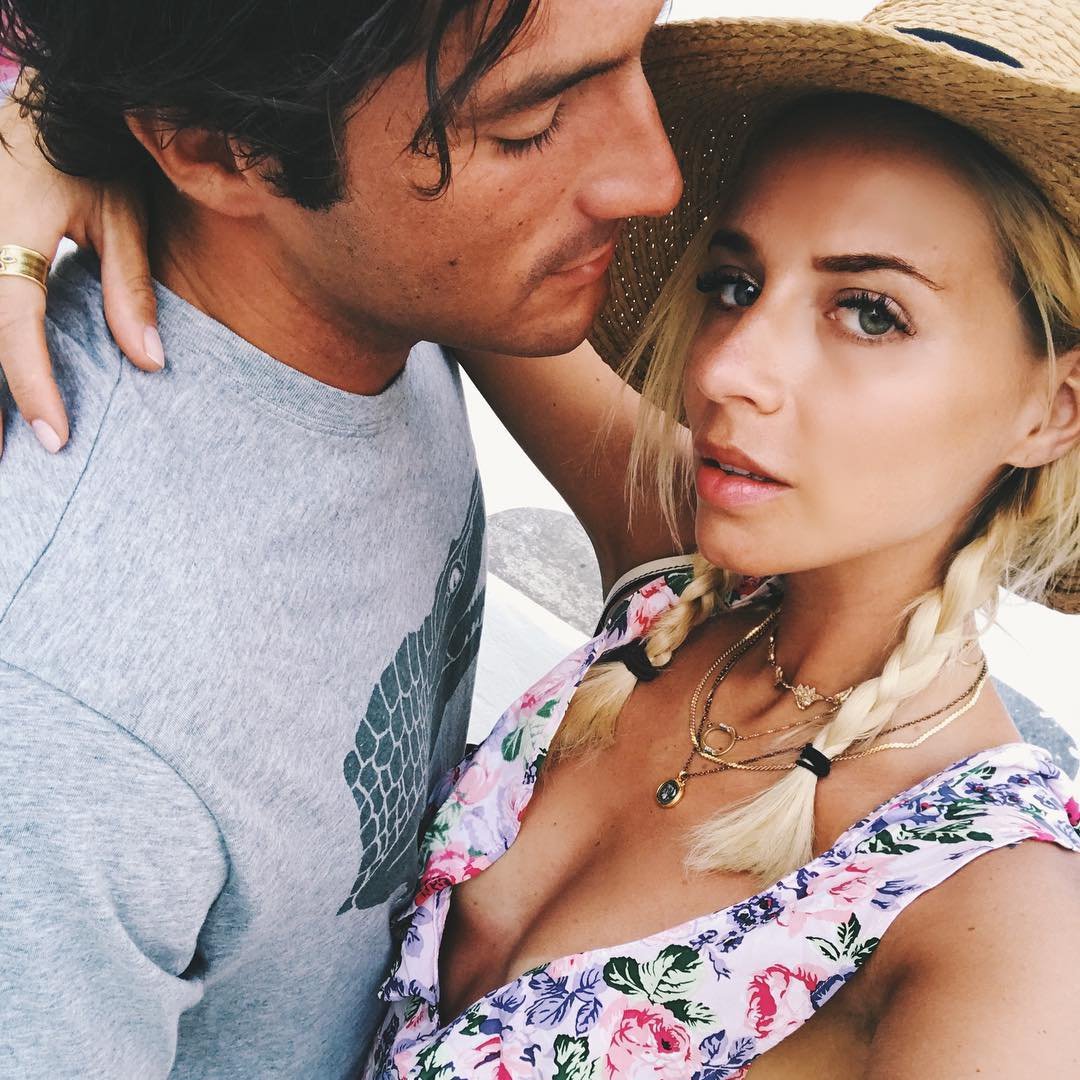 Alright girls, the worst thing you can do is be clingy or obsessive as a way to react when he doesn't like you. Most of us know that, but implementing it is another thing. I'm here to share with you 19 ways to fix that. Not having feelings reciprocated by a guy we like is always hard, but a lot of the times it can be changeable. Follow these rules and you will have a new outlook on how to deal with one sided crushes! Here are 19 ways to react when he doesn't like you.

The most important rule when it comes to ways to react when he doesn't like you is to make sure you forget he exists. The worst thing you can do is try and talk to him. I'm not talking about that 3 day rule of no texting or calling, I mean a good amount of weeks. Girls always get this itch to text a guy something funny we've thought of, or a simple question, anything just to seem like it was okay to contact him, when really he knows what your true motive is. When we see the guys we like, we usually say hi and smile, and try and come up with a creative topic. Instead, go out of your way to not speak to him. If you have to, keep it really short, no more then 3 words. If he sees you are confident enough to be rejected and not become clingy, it will help paint his view of you different in his head. Best part is it may turn the tables around and create this chase! Because what guy can imagine a girl really getting over him that fast?

If you are into a guy and he doesn't like you back, the worst thing you can do is flirt with him. All you are doing is making yourself more available to him, when your solution is to always become harder to get. Keep the body language to a minimum. That includes arm touching, turning anything he says into something sexual, and purposely trying to be around him. Rule on how to react when he doesn't like you, keep hands and feet away from boys at all times! There is a way to communicate with him in a monotone way just by staying neutral. You'll have no problem just by thinking of him as the creeper who is hitting on you when you go out.

This relates above to the two ways to react when he doesn't like you. There is a fine line between being a priss and being super sexual. The goal is you don't want him to think your emotional actions have any correlation between his zero feelings for you. If he says hello, say hello back. Think of being cordial as looking in a mirror. Whatever he does, you reciprocate the same way. That doesn't take away that ignoring him and not flirting are priorities. Just don't make the guy think, "Wow, she's so dramatic," because you purposely scuff him. When men see a female angry at them they think two things: crazy girl, and they don't want to deal with you.

4. Throw Your Guy Friends in His Face

Hard truth about men, ladies, is that the other views males have of you highly affect their opinion of you. The cycle of life with boys is that if one man finds a female attractive and tells another man, it creates an approval. The next thing you know the whole group of guys are talking about you. We all know men's basic instinct is competition, so when two or more are on the same page with a girl, the automatic "who will win" factor kicks in. When you first read this way to react when he doesn't like you, the assumption is to make your crush jealous. But really it is for him to see you are wanted and approved by other men. Even if your crush doesn't know it, his natural caveman instincts react.

Girls, of course no one likes to feel rejected. Our first thought is to jump to "I am not enough." Instead of putting all your attention into feeling sorry for yourself and changing who you are to be liked, focus on enjoying your womanhood. If a guy doesn't like you it usually has to do with his own stuff, unless you are "that crazy girl" I mention often in my articles. Go for a massage, a manicure/pedicure, even a nice hike for some fresh air. If you feel like crying, throw on A Walk To Remember and grab a bowl a popcorn. Anything to take your mind off that boy, and put it onto yourself in a positive light.

6. Stop Trying and Accept It

There comes a point in our lives where we feel we will never get over that certain person. From experience, you do finally move on. If you are dwelling over the same crush for months on end, just give it up. It's a hard truth but sometimes you need to stop trying and accept the fact he doesn't like you. Why spend all your time going after and obsessing about someone, who isn't into you? All that energy can be focused on you, your friends, work, life, etc. The more you try and focus on something, the bigger it gets in a negative way. A lot of times letting go of the obsession creates a freedom, and a gift. The gift can come in different ways, like now that you are not fawning over this boy, you became more appealing to him. Or because you stopped spending your time focused on him, you opened your eyes up to see all the other men that are available to you. This is the toughest way to react when he doesn't like you.

Last but not least, go have fun! How are you suppose to have the opportunity for someone to come find you if you are stuck isolating and upset over a boy? Having a social life is the best way to react when he doesn't like you. Your social media walls will be blowing up with hot pics, and fun stories of the great nights you have been having out. This could make that boy realize you are someone he wants to go hang with, or better yet you might have found a new guy that is actually interested in you! So go throw on some heels and call up your girlfriends to have a night of fun!

Even though he doesn't like you now, he might in the future. If he's the perfect one for you, then don't give up so easy. It might take him a few weeks or even years to realize how amazing you are. If you really want him, fight for him.

9. Show Him What He's Missing

When you know you're going to see him, wear your best outfit and style your hair so you look cute. Make your friends laugh in front of him to show him that you're fun to be around. You want him to see exactly what he's missing out on. Your job isn't through until he's kicking himself over losing his chance with you.

If you're crushing on a guy, you must like his personality. That means you'll have a great time hanging out with him without the hugging and kissing that relationships involve. If you really want him in your life and are able to stand not being his girlfriend, then being friends is your best option.

If he feels bad about turning you down, he might be open to setting you up with one of his friends. No, you won't get to be with the guy you were hoping to date, but at least you'll end up with someone. Who knows, your crush could introduce you to your future husband. It's worth a shot.

One rejection isn't the end of the world. Your crush might not realize how perfect you are, but there are bound to be other guys who do. That means you shouldn't let your crush get you down. If you can stay confident, others will flock to you. It's sexy to think highly of yourself, so never think you're "not good enough."

Don't dwell on the guy you've been crushing on after he rejects you. There are plenty of other men out there that would be lucky to have you. Focus on someone new instead of keeping your mind focused on the guy that was too stupid to date you.

It's normal to feel a little insecure after getting turned down, which is why it can help to make a change. Get a new haircut, a new pair of boots, or a new piercing. Do something that will make you feel better about yourself. It might even get your crush to notice how gorgeous you are.

If you're friends with your crush, ask him why he's not interested in you. If you know why he turned you down, you might be able to fix it, or laugh about how stupid his desires are. Either way, it can give you the closure that you need to move on.

16. Let out Your Emotions

If you're sad, cry. If you're angry, scream into a pillow. You shouldn't hold back your emotions. It's healthier to let them out so you can move on from them. So don't feel embarrassed about shedding a few tears over a boy. It happens to the best of us.

You don't have to always be on the lookout for boys. If you're obsessed with finding a boyfriend, then you need to reevaluate your priorities. Find a new hobby that you can focus on to get your mind off of dating. Being single isn't the end of the world, so don't act like it is.

19. Learn to Love Yourself

You should focus on loving yourself before loving anybody else. You're a gorgeous, talented, valuable human being. If you don't believe that those traits describe you, you need to build your self-confidence until you're positive that it's all true. Love yourself, ladies!

Now that you have these new outlooks on how to deal with a crush who doesn't like you back, go out and try them all! Don't forget, a lot of the times it isn't about you, it usually has to do with whatever the guy is dealing with. Just remember to play hard to get, have fun, and treat yourself to some self care. Which one of these ways to react when he doesn't like you has helped you the most?