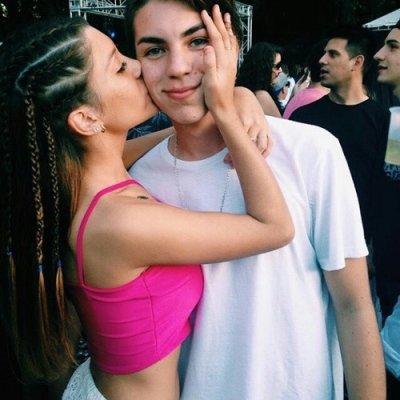 Couples on social media run the gamut. Some of them are blissfully happy. Some are chill. Some argue all the time. Some strive to look better than any other couple. Some find a happy balance. With selfies and Instagram and subtweeting and relationship statuses, however, social media has infiltrated the love lives of couples all over the world … and some of those couples need to stop because these games are so tired.

Okay, okay, okay. I have to admit it. I love being able to witness these fights. They pop up as status updates. They show up in comments. Sometimes, it stays passive-aggressive. At other times, the lovebirds finally bait each other enough that they have a little snark fight right there on social media. Subtweeting often sparks this phenomenon, as well. Love it!

2. The Lovers Who Humblebrag about Their Happiness Because They're so #blessed

I really don't want to hate on these people. I like it when two people are genuinely happy and in love. Be #blessed! That's awesome! At the same time, though, it grates after a while. When it's occasional, it's charming. When it's constant, well ... you have to wonder if all that social media love is for real. What are those couples hiding?

Why? Why do people do this? I honestly don't understand it. It's none of my business and it's not my choice and I will never make fun of anyone who does this, but it weirds me out a little. It's probably just because that's not me, and that's cool. I wonder, though, if these are the same kinds of couples who used to record the whole family on their outgoing messages?

Some couples get really steamy all out in the open. I once saw a couple ::roleplay:: an entire sex scene, right up in somebody's comment section, on a post that was not at all related to sex. Nobody even stopped them. It was the weirdest thing I've ever personally witnessed on social media. My Facebook felt filthy afterward.

5. Airing All of Their Dirty Laundry Right There

Plenty of couples don't even bother with that vague, subtle nonsense. They go all out. They will call out their partner or spouse right there. Sometimes it doesn't go anywhere. Sometimes there's a plea to take it off social media. Sometimes it blows up. Those, my friends, those are beautiful moments.

6. That Certain Type of Smugness That Always Masks Something else

Like the overly happy couple, I think smug couples are hiding something. I don't know what, of course, and obviously it's not every smug couple, but there's a certain kind of smugness that just suggests something ... well, something not quite on the up and up. You just have to wonder what these people are overcompensating for.

Nobody should ever do this, especially if you're going to make sure everybody knows about it. It's awkward, it's childish, and everyone knows that it's probably not going to last. This couple will kiss, make up, friend each other again, and then the cycle will repeat.

I imagine we're all guilty of doing a few of these at one point or another, but most of us don't do them ALL THE TIME. Tell us a story about the most annoying couple you've ever encountered, will you?