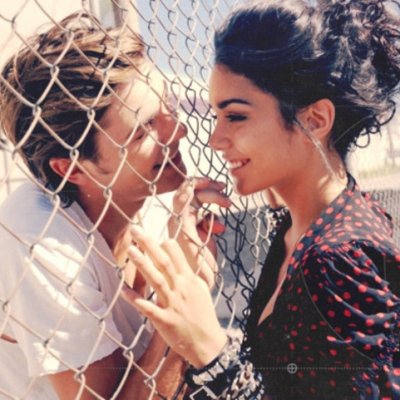 It’s long been said that girls mature faster than boys and when this makes itself known in the dating arena, it can be a bit nightmarish. Most of us don’t mind if our boyfriends belch loudly after drinking beer and laugh about it, or find farting funny, but a serious maturity gap can be an issue for longevity of relationships. So what are the signs you’re dating an immature guy you need to watch for?

1. You’re His Girlfriend Only when He Wants You to Be

How convenient…sometimes he introduces you as his girlfriend, sometimes as a friend. If the person he’s introducing you to happens to be a good looking woman, his best friend or his mom, this is particularly important. If he’s calling you a friend in front of a nice looking woman, it’s possible he wants to keep his options open. He doesn’t want mom to know? There’s no future with this man, dump him now; you are dating an immature guy. A real man owns his decisions and isn’t afraid what others think about him.

Everyone’s got to have a first time, right? If you’re his first relationship since high school, you’re going to have to teach this guy the ropes. His only examples of what relationships are like are his hormone-induced couplings with equally immature girls. This means any argument or disagreement you might have may get treated like it’s life or death and he won’t be used to talking things out like mature adults. It’s up to you to teach him the difference between girls and women, so if you don’t want to take the time to do that, bow out now. Real men know how to be part of a couple.

3. He Avoids Being Depended on

You need someone to talk to? Need a ride home from work one night? Don’t depend on this guy, he avoids being depended on for all its worth. When you need anything, don’t expect him to provide it. This guy shows little empathy for you and your problems, but expects you to be a pillar of dependability when he’s in need. Run the other way. Little boys retreat under the weight of even reasonable expectations. Men won’t disappoint you if they can help it, and can been relied upon to help when needed.

4. He’s More Interested in Being Right than Being in the Relationship

Every relationship requires give and take. There’s a million times when you’re going to have to choose your battles. Each person will have to come to terms with the fact that they may be wrong. If you guy wants to hold onto his pride so strongly that you will never hear an apology or any admission that he’s somewhat less than perfect, you’re dealing with a boy, not a man. The relationship has to be more important than maintaining his pride. Real men don’t mind being humble once in a while to preserve what’s important to them.

5. He Has No Ambition

While there’s something to be said for living in the moment, tomorrow always comes, like it or not. And like flowers, if you’re not growing, you’re probably stagnant. And stagnant usually smells. Not only can you never expect this guy to meet you halfway, he barely meets himself getting out of bed. The sad part is, in 20 years he’s likely to be in the same place. Stay with this guy and you’ll likely be supporting him. But more likely, you’ll quickly outgrow him as you mature.

Everyone knows it takes communication for a relationship to survive. All relationships have conflict, and may even come to a near-break up. How couples communicate determines whether the relationship survives or not. Immature boys/men aren’t willing to listen to you and may walk away, talk over you, dominate the communication, or dismiss your feelings. Men will take time to hear and understand your side of the discussion.

If he’s not happy, he won’t just discuss things with you, and gently break it off like a mature man. Immature little boys decide to play a game instead, so it looks like the failure of the relationship is on you. He’ll act like a jerk, do things you don’t like just to make you mad, and withdraw and try to blame you for his lack of feeling. Give him what he wants - leave. Little boys play games, men are honest with you.

Obviously, some of these problems are fixable, and some, a guy might actually grow out of. It’s all down to how much extra effort you want to put into the relationship or how long you want to wait for him to grow up a bit.

Tell us of your experiences with immature boyfriends. How did you deal?