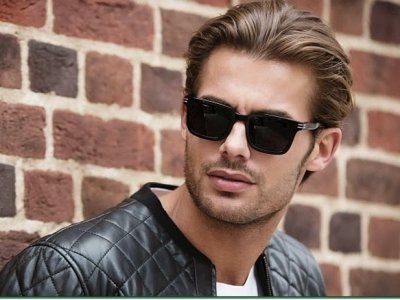 Throughout my admittedly extensive dating history, I've made some big mistakes and done a lot of things that push guys away. At the time I didn't realize it, of course, but looking back, I see that I was definitely keeping my now-exes at a distance by doing little things that are major dating faux-pas. Luckily, I learned from my mistakes and am hoping you might, too! Here are 7 things that push guys away. Some I've done, some I've just seen, but all are bad news for your relationship!

This is a big one! Of all the things that push guys away, jealousy might just be the biggest no-no. Hating on his female friends or casting dirty looks in the direction of the hot-but-innocent waitress will make you look totally insecure. Remember, he's with you for a reason, and he's leaving with you on his arm, not her. If you think you have valid reasons for feeling threatened, or if a girl's behaviour towards him (like blatant flirting) is out of line, chill out until you can get him alone, and have a heart-to-heart. Explain your feelings in a calm, rational way and let him know that although you totally trust him, you're feeling a little bit doubtful about a certain girl or situation. But never, ever demand that he stop hanging out with his female friends or show anger or envious behaviour towards another girl. Trash-talking or hating on other chicks is not cool, and guys can't stand it, so just know that you've got this and be your fabulous self.

2. Calling Him Too Much

How much is too much? A good rule of thumb is if you call him first, just sit tight until he calls you back. If he doesn't return your call right away, it's because he is busy, and he will get around to giving you a shout back when he can. Constant calling (or texting!) makes you seem desperate. Remember, you're busy, too! Guys like it when their girl has a life outside of your relationship, so keep yourself busy, and as hard as it can be, try to distract yourself from that phone. If he's worth it, he'll call. Trust me.

3. Obsessing over Your Reflection

Don't do this! It's definitely one of the things that push guys away. If you're having a conversation with him and you're constantly checking your compact mirror, glancing in windows, or (eek!) snapping selfies on your phone to see how you look (no, I haven't done this, but I've seen it), it's going to make you look vain and insecure about your beautiful face. Can you say turn-off? Guys love girls who know they look great, so keep your makeup simple and save the touch-ups for the ladies room!

4. Pretending Everything is Fine when It's Not

This drives guys NUTS, and we're all guilty of it. Sweetie, he may be gorgeous, smart and funny, but he's not a mind-reader. So if you're angry or hurt about something, don't say nothing's wrong when he asks you and fume inwardly because he doesn't get something that is so obvious to you. You need to spell it out. Tell him exactly what's bothering you. Chances are it's an easy fix, and something he seriously had no clue was upsetting you.

5. Not Letting Him Be a Guy

There are certain things most guys love. Video games, sports and action movies are good examples. If you love these things, bonus points for you! If you don't, that's totally fine, just as long as you don't expect him to stop loving them and watch chick flicks instead. That's not to say that your whole relationship should be filled with nights that may as well be bachelor parties, but whining about or trying to change what makes him love being a guy is a bad idea. Trying to curb fun and attempting to take away guy-time are things that push guys away, so let him be a dude!

Every relationship has its obstacles, and nobody can be expected to get along every second of every day. Being close to someone will bring their flaws into sharp focus, and bickering is normal, to an extent. Just pick your battles, because fighting over every little thing and arguing over stuff that is pretty small in the grand scheme are definitely things that push guys away. Generally, guys like things to be chill and drama-free. While there are times when a debate is called for, and you certainly don't want to get walked on, there are times when you just need to take a breath and let it go.

I know you're the most interesting girl on the planet, and that everything you have to say is totally newsworthy, but there are times when he just wants to relax and not have to give you his undivided attention. Of course, communication is one of the most important things to have in a relationship, and your guy definitely wants to know what's going on with you. But chatting his ear off the moment he steps in the door, and expecting him to soak up every little detail can get to be too much. I'd never suggest that you don't speak up about something important, and I'm not saying you shouldn't keep conversations going with your man, but who your best friend's ex was holding hands with or what Kim Kardashian's baby did this week are probably topics best discussed with your girls.

We all commit dating crimes. What mistake did you learn from in your last relationship?