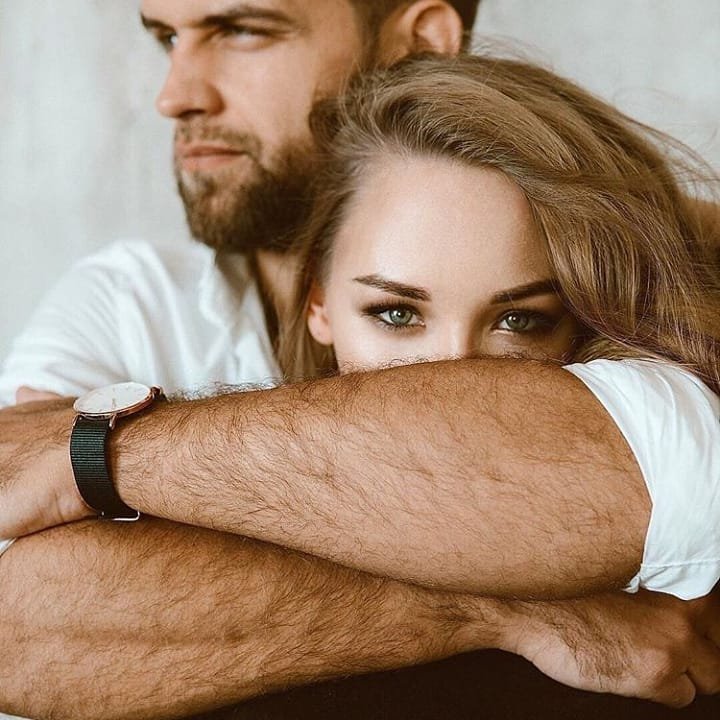 If you are new to the dating world or newly single, it might seem hard to know your type. Regardless of your dating situation, it’s good to get acquainted with a few types of guys you’ll come across that should be ignored no matter how new to the scene you are. Since the dating world is sometimes the equivalent of walking into a minefield, you should be aware of a guy that is bad news from the start to avoid heartache later on. Below are 7 types of guys you may come across that should be ignored at all costs if you want to make dating just a little bit easier on you.

You thought he might be a potential boyfriend but turns out his ex still has his heart in a vice-like grip, even though they aren’t together anymore. One of the deal breakers to ignore at your peril is the guy that is still emotionally invested in his ex. This guy is easily recognizable because every single thing reminds him of his ex and he constantly brings up her name. Mr. I-Miss-My-Ex needs time to process the breakup rather than entering a new relationship with you so it’s best to pass him up, at least for now.

Every little thing upsets this guy from birds chirping to standing in line at the bank to an ant walking too slowly on the curb. You will hear constant complaints about the most trivial things. Whenever you are with him, you feel as if there is a permanent cloud of rain following you around like the ones you see in anti-depressant commercials because it’s impossible for him to see the positive side of things. It’s best to keep Mr. Negativity out of your life rather than trying to change his outlook with a hundred pictures of cute baby kittens.

This guy always seems to pop up in life when you least expect it. He might be a new co-worker, a boss at a new job or a friend of a friend. This guy is charming, always listens to your problems and has just about every quality you are looking for in a man. The problem you ask? The framed photographs on his desk of a happy wife and a few little ones not to mention his wedding ring are all tell-tale signs that he is unavailable but he tries to convince you otherwise. He’ll always reassure you that he’s going to leave his wife soon but that day never seems to come. Don’t waste your life trying to steal a married man because it’s often futile.

Ugh this is one of the worst guys out there ladies. He will make you so miserable by constantly accusing you of cheating. You can’t go to the grocery store without checking in with him. This control freak is insecure and fears losing you. Nothing you say can calm his fears that you wouldn’t cheat on him. Save yourself the misery and run from this deal breaker.

Jealousy is fine in small doses but this guy goes way beyond acceptable levels. His disturbing behavior is most likely due to a cheating ex in his past, but she’s no longer around so you are the one that bears the brunt for that ex’s mistake. This guy trusts you but hates your male friends and suspects them of having ulterior motives even when they have girlfriends of their own. Before you know it, you will be fighting to keep your male friends and that is totally uncool, so don’t put up with it.

This is the guy that makes it seem that playing with your heart and your emotions is an entertaining game. He cheats, lies, denies it and when you show him irrefutable proof, finally admits to sleeping with another girl. He tells you that he loves you, that it "just happened" and it will never happen again. I have a personal rule that states a boyfriend has only one chance to be with me but if he cheats, he has lost that chance forever. Set that high standard for yourself and you will end up with a good guy that understands the meaning of being faithful.

This guy is one of the the lowest of the low and is a loser that should be tossed in the deepest depths of the sea. He is recognizable because he makes you feel bad about yourself whenever an opportunity arises. He makes snide remarks and is extremely critical of everything you do and the way you look. Rest assured, that you are perfect just the way you are and he’s the one that has the problem. Never put up with any kind of emotional or physical abuse ladies because you deserve a loving partner that brings out the best in you, regardless of what’s happening in your life.

So these are just a few examples of the guys you should avoid in your quest for a great relationship. Everyone has their own personal deal breakers. What are yours?