There are certain flirting moves that we all use, even though our crushes are oblivious to them. We might think that we're being obvious about our emotions, but they'll remain clueless about how we feel, because they aren't paying enough attention. Here are a few flirting moves that most men never even notice:

2 Playing with Your Hair

A lot of girls play with their hair absentmindedly. So he might think that you're touching it, because it's a nervous habit. 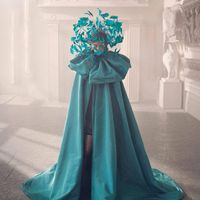 Signs Your Busy Mind is Blocking Your Path to Happiness ... There are people he barely knows that like his statuses, so he won't think it's a big deal when you do the same thing. It's a pretty impersonal act.

5 Trying to Make Him Jealous

If you flirt with other men in front of him, he'll assume that you like other men. This flirting move tends to backfire.

Women in movies can eat strawberries seductively, but if you try to do it, you might look a little silly. Then your crush won't have any idea you're attempting to flirt.

Even if you're always the one to text first, he might not realize it. Not all men pay close attention to their phone habits.

If you bump into him on purpose, he'll assume it was an accident. That means he won't think anything of it.

9 Laughing at Everything He Says

If you laugh whenever he speaks, he'll assume that it's because he's hysterical. He won't realize that you're only laughing, because you like him.

If you're going to compliment him, you should go all out. If you say something subtle about how funny he is, he won't think too much into it.

Smiling at him is a great idea, but it won't make him realize that you like him. After all, it's a friendly gesture. It's not inherently flirty.

How is he supposed to know that you're dressing nice for him? He might think that it's the way you always dress.

If you badmouth other girls in front of him, he might just think you're a nasty person. He won't have a clue that you're jealous and trying to make yourself look good in comparison.

If you pretend to love the same bands as him, he won't realize you're lying. That means he'll have no clue that you're trying to impress him.

15 Asking for His Help

Asking for his help is a great way to spend more time with him. However, it's a friendly request, so he won't know that you're interested in him.

Flirting on social media doesn't have as big of an impact as flirting in "real life" does. That's why tagging him on Facebook might not give you the results you wanted.

If you show skin, he won't necessarily know that you're doing it for his benefit. After all, there are plenty of other men that you'll run into throughout the day, so it would be cocky for him to assume you're showing off for him.

Some boys are just oblivious. That's why you might need to bluntly tell him how you feel if you ever want him to know. Are you struggling to make your crush realize how much you like him? Start Your Own Babysitting Business with a Few Simple Strategies ... 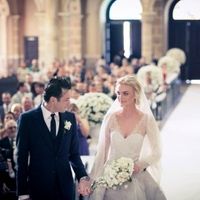 7 Unique Ways to Capture Memories at Your Wedding ... 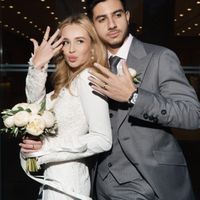 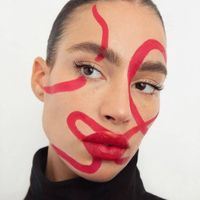 Personality traits of a gossip What can you do with jalapeno peppers ...
What is vitiman c ...
What fruits are rich in vitamin c ...
Why are you interested in politics ...
How much fiber is in chicken ...
What supplies do you need for college ...
What foods have protein besides meat? ...
How much makeup do i need ...
How to make your phone look new ...
What your profile photo says about you ...