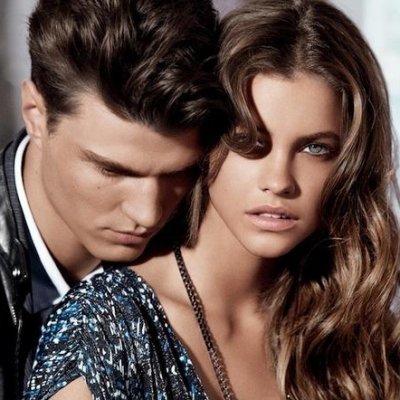 In a world taken over by the ever-evolving metrosexual man, there are more than a few reasons to date a manly man. Among the shaven, waxed, tanned, toned, and impeccably dressed, this man stands alone. He stuck to his guns and withstood the grooming and stylistic pressures plaguing modern men. For that, he should be rewarded. Although his evolution ceased post-cave, give him a try and you’ll see that Wilma Flintstone was on to something. Here are seven reasons to date a manly man.

1. He Intimidates His Mirror

Unlike his Bieber-esque counterparts, this guy has body hair to spare. He can grow a beard and occasionally sport a unibrow if things get out of hand. He’s rugged like Russell Crowe and if you don’t find that attractive, you’re either blind or lying. However, the physical perks are only a small part of the many reasons to date a manly man.

2. If He Even Looks in His Mirror…

... odds are this guy doesn’t sweat much over his appearance. He doesn’t spend every waking moment obsessing over how he looks and in turn, he has developed a high level of self-esteem. He’s comfortable with who he is because he derives his confidence from the non-physical characteristics of himself, such as his personality or success in his career field. We women could learn a thing or two.

The manly man is original, which unfortunately at times can translate to simple and unadventurous. Don’t be fooled. His originality allows him to dance to the beat of his own drum at all times. He has his wardrobe staples and favorite looks that he remains loyal to. He isn’t swayed by trends and keeps his eye on the prize. In short, he does things because he wants to, not because they’re cool.

4. All Hail the Alpha Dog

As a manly man, he has a tendency to fulfill a leadership role within groups. Whether his leadership style is quiet or vocal is irrelevant. His family and friends respect his confidence. He has a backbone and holds his own in an argument. You won’t feel like you’re bullying him like you may with sensitive guys. You’ll be on a level playing field in terms of decision-making, but odds are he’ll have a soft spot for his lady.

As mentioned previously, he’s an alpha dog. People follow him not only because he assumes a leadership role, but also because they are genuinely attracted to his presence. This guy is probably involved in a sports league or social club, which keeps him relatively busy. Investing his time in other things means that your relationship won't serve as a the center of his universe. In general, relationships flow a lot better when both partners have their own lives to attend to.

6. He Contrasts Your Femininity

This can be in both the physical and emotional sense. Even the least girly of girls feel feminine around this guy. His rugged edge will make you feel like Cinderella. He’ll insist on doing the heavy lifting and other physically demanding tasks without a second thought. His rough emotions and logical patterns of thinking will remind you that you’re not as tough as you think you are. He will be there to support you even if you’re used to supporting yourself.

7. Blast from the past

While I appreciate the level playing field that modern society offers men and women career wise, it’s hard to ignore that it's done away with several niceties of our parent’s generation. While many men consider opening doors, pulling out a woman’s chair, and picking up checks a thing of the past, these men manage to resurrect chivalry by incorporating small parts of traditional gender roles into their dating repertoire. Don’t be surprised if they have strong points of view regarding protecting and taking care of their mate. However, if their view of a future wife consists of barefoot, cooking, and pregnant, run.

Recognizing that everyone has different tastes when it comes to prospective mates, I understand the manly man isn’t for everyone. He’s a rare breed and much like other big dogs, his tendency to shed can be a turn off, but give him a chance and you’ll see that he’s the perfect blend of wild and housebroken. What do you like in a man that defines your type?