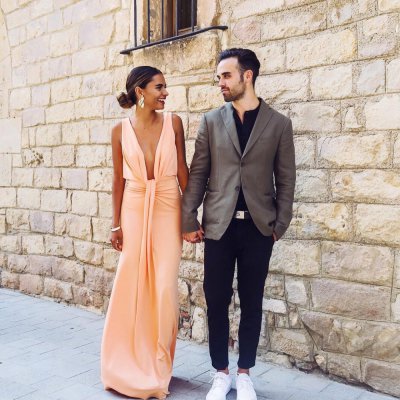 Even though we've been told that personality is the most important thing (and it is!), there are still other factors to consider before you begin dating someone. Even though some of them involve money and material items, you don't have to worry about seeming shallow, because there's nothing wrong with wanting a man who can offer you everything you need. Here are some of the shallow things it's 100% okay to look for in a man:

1. Someone You're Attracted to

You shouldn't turn a guy down, because you're waiting to find someone as sexy as Misha Collins to date. Every man you meet is going to have a few flaws, so you'll be single forever if you refuse to settle for someone "imperfect." However, if you don't feel any sort of physical attraction or sexual tension when you're around him, it's okay to reject him over it. You should only be with someone when you can see their true beauty. Physical attraction isn't the most important thing, but it definitely is important.

2. Someone with a Job

There's nothing wrong with wanting a man who actually makes money, as long as you're not holding out for a millionaire. If a man has a job, it shows that he's able (or at least trying) to take care of himself. It also suggests that he's responsible, which is a great trait to have in a partner.

3. Someone with Their Own Apartment

It's difficult to find an affordable place in this day and age, so you can't expect someone in college to live on their own. However, if they're in their 30s or 40s, it's not shallow to expect them to have their own house or apartment. If they're still living with their parents, then it'll be awkward when you visit their home for a date. Plus, how will you ever move in with him when his parents still call the shots?

4. Someone with a Car

If you're situated in a big city where everyone commutes by taxi, then it's not odd to live without a car. However, if you're in a location where everybody has a vehicle, it's natural to expect your man to have one, as well. After all, if you want him to visit you, he needs a way to get to your house.

5. Someone with a Degree

6. Someone with a Little Muscle

You shouldn't avoid men with a little weight on them. However, it's understandable to want a guy with a little bit of muscle, because it means he takes care of his body. If you're a gym rat, then you'll probably want to be with a man who also treats his body right, just like you do.

7. Someone with Enough Money to Support Himself

You don't need a man who lives in a mansion. However, it's nice to have a man who's able to support himself. You don't want to be with someone dependent of you, just like you shouldn't be dependent of your partner. You should both be able to take care of yourself in case you ever have to go your separate ways again.

Don't feel bad about wanting these traits in a man, because they don't make you shallow. Which one of these things are most important to you?