This is Why Strong Men Want to Date Alpha Females ... 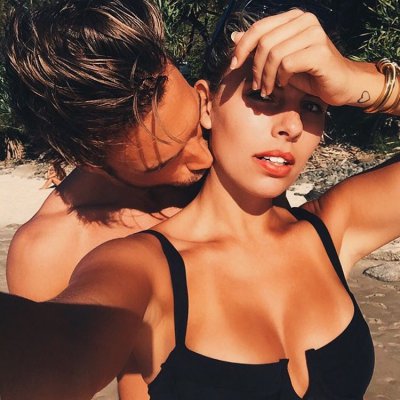 If you’re an alpha female you’re passionate and assertive. You’re driven and purposeful. Your confidence and togetherness get you respect. But sometimes, you get labeled a ball-crusher. Hunny, this label comes from men who find you intimidating, but that’s their problem. Your strengths are their weaknesses. Ignore these guys. There are plenty of men out there who appreciate your go-get nature – men who are worthy of you. Strong men want alpha females. Why?

Men get a thrill out of being challenged by a woman, it shows that they are not being passive and actually pay attention to the intricacies of a relationship. If we hear something we don’t agree with, we’re not afraid to be confrontational!

2 We Are Super Confident

Men are attracted to women who evoke an air of unshakable confidence, and alpha women certainly carry themselves in such a way that screams complete contentment and self-confidence.

3 We Don’t Need Validation from a Man

The fact that we don’t need male validation to be able to live happily makes us somewhat mysterious to men, which makes them want to get to know us and impress us even more!

4 We Are More Passionate than Most

An alpha female has no choice but to be passionate in everything that she does, and this passion will definitely rub off on potential partners who are drawn in by the attitude.

5 We Have a Whole Heap of Ambition

We are in the mindset that we‘re going places, and if a man wants to come along for the ride, then he is more welcome to enter in the world of the successful alpha female!

6 We Know What We Want

Sometimes men like to be given direction with regard to a relationship, and an alpha female isn’t afraid to lay it all out on the line and let him know what she expects and what she wants!

7 We Are More Difficult to Impress

An alpha female can’t be impressed by some of the old fashioned tricks like chocolate and flowers. A man has got to up his game when it comes to winning us over, and I think they like the chase!

8 We Live with Some Real Purpose

We don’t just coast through life. We have real goals and real ambition and as a result we live our lives with real purpose, which can be a really attractive quality to a man.

9 We Don’t Mind Rolling with the Changes

An alpha female can adapt to any type of change in her life, and this makes us attractive and alluring creatures for men who have a similar kind of spontaneous, unworried approach to life.

As alpha women, we understand that life will never move on and progress if we don’t take risks, and this air of adventure often attracts men who are looking for the same type of life adventure.

11 We Are a Little Intimidating

Sure, alpha women can be a little intimidating at times, but the truth is that most men absolutely love it! They might act all tough and bravado, but really they enjoy the playful dynamic.

Though we are risk takers, we also like a degree of stability, and some men like to take this on as a challenge to see if they can fit in with your life and enhance it.

13 We Refuse to Be Taken Advantage of

We don’t take crap from anyone in life, male or female. When it comes to dating, some men find that matter of fact-ness really attractive. They know where they stand and they know what they have to live up to.

A lot of men get confused by the subtle mind games that some women like to play, but an alpha female doesn’t have time for this and will tell it how it is, which strong men really appreciate!

15 We Demand Respect over Affection

A lot of men can be uncomfortable with big displays of affection, and they tend to love alpha females because alpha females prefer respect to soppy outbursts of love. After all, respect lasts longer!

Dating an alpha female means that you will never have to guess what is wrong. Everything will be out on the table because we love to debate rather than fight in a typically ‘girly’ way.

17 We Value Your Loyalty

Alpha females value true loyalty over anything else, so strong men know that they don’t need to constantly shower us with gifts if they do the fundamentals like be there for us when we need them!

Alpha females aren’t any better than other women we’re just different and play the love game differently. If you’re an alpha female who thinks there’s not a man out there for you, think again! Plenty appreciate your qualities.