17 Types of Boys That Are Actually Worth Your Time ... 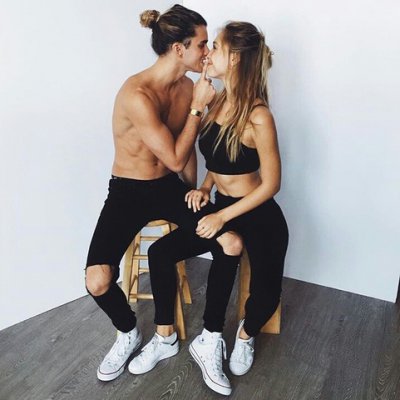 Some boys aren't worth the time and the energy it takes to deal with them. That's why you have to be picky when it comes to dating. But here are a few types of boys that are actually worth your time:

If he asks you a question, he should actually listen to your answer. He shouldn't drown you out while he looks through his cell phone.

If he has plans for his future, then he has a good head on his shoulder. It's better to deal with someone like him than someone who just goes with the flow and doesn't have any real ambitions.

3 Boys Who View You as an Equal

It's 2016, which means there's no more room for ignorance. You should only spend time with boys who view women as their equals.

It's not hard to be polite. If he can't even hold open a door for you, then he's not worth your time.

Asking for your nudes isn't the only way for a man to admit his attraction. He can show you he's interested without bringing nudity into the equation.

6 Boys Who Are Close with Their Mothers

If he's close with his mother, then he probably knows how to treat a woman right. That's good news for you!

Boys who want more than casual sex are keepers. They won't use you and lose you.

8 Boys Who Put Effort into Their Appearance

You shouldn't be the only one picking out pretty outfits to wear. He should be dressing his best on dates, as well.

9 Boys Who Text Back Quickly

Don't you hate waiting hours for a reply? That's why you should only associate with boys who text you back promptly.

10 Boys Who Can Cook

Even if you like to cook, you'll have your lazy days. That's why you'll love dating a man who can cook as well as you can.

Some men think that crying shows weakness. Of course, it's better to date a guy who's comfortable being honest with you and expressing his every emotion.

13 Boys Who Make You Orgasm

Men aren't the only ones who deserve to have fun in the bedroom. You should be orgasming as often as he does.

14 Boys Who Make You Laugh

Life is too short to take too seriously. That's why you need a man who's able to make you laugh, even on your worst days.

You don't have to like all of the same things, but it's always nice when your crush has something in common with you.

16 Boys Who Don’t Stare at Their Phones

When you two are out together, you should be the only thing on his mind. He shouldn't be alternating between staring at you and his phone.

17 Boys Who Want You to Be Happy

His main goal should be to make you happy. If he can cause you to cry without caring, then you don't need him.

If your crush has any or all of these traits, then he's a catch. Are you currently crushing on a boy who actually deserves your time?