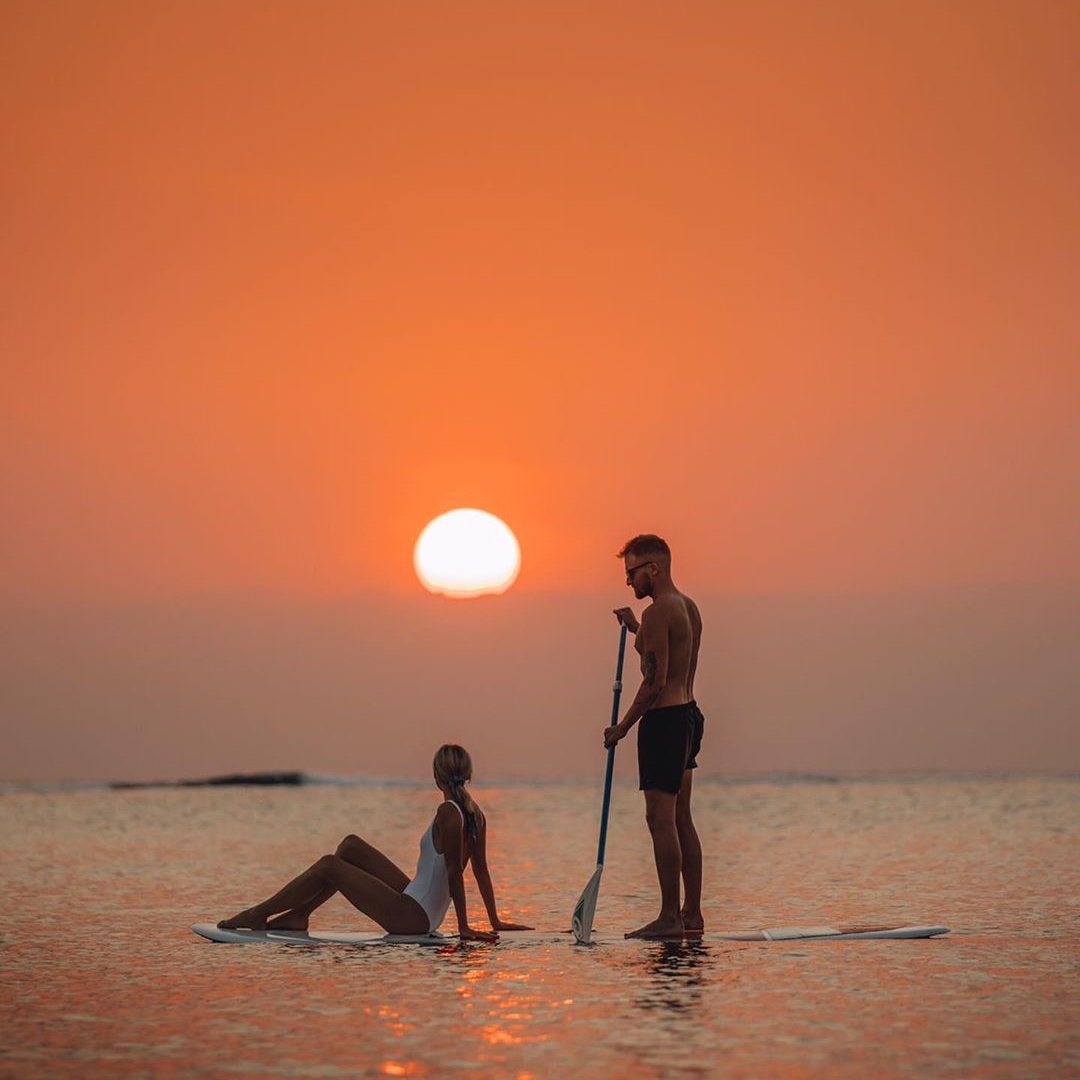 Some people are better than others at 'reading' signals but there are some classic signs that someone likes you romantically to look out for. Of course, they're not foolproof and some people can send out mixed signals, which is sometimes part of the "do they, don't they like me" fun. Whilst the early part of a relationship is great, the bit before the early part of the relationship is even better. That wondering whether they like you... catching their eye... the butterflies in the stomach... Sorry, I was lost for a moment! Reading subtle signals is key and sometimes the signals are not all that subtle at all! Here are some signs that someone likes you romantically.

Pay close attention to the conversation. Is this person showing a special interest in you and what you do? Do they ask keep asking questions in an attempt to keep the conversation going? Are they genuinely showing interest in things you like? This can be one of the classic signs that someone likes you romantically. Also, do they smile at you? A smile can say a lot and is a classic flirtation technique. If you're enjoying the conversation then keep it going, and if you're interested then ask questions to show you're equally interested in their life too.

Does this person keep 'bumping' into you? This could be a sign that they like you and that they may be engineering opportunities to 'accidentally on purpose' meet up with you. There is something sweet... and a little bit creepy about this though. It could also be that this person is following you, which is a completely different matter entirely and it may mean you need to inform someone if this is getting out of hand! I don't want to make light of a serious issue as stalking can have nasty consequences. Nor do I want to scare you unnecessarily, you understand. Suffice to say, if this person happens to keep running into you in places they know you'll be, chances are they like you!

Another give away sign that someone likes you romantically is planning for the future. I'm not talking making wedding plans while you introduce yourself at the bar but plans about events that might be coming up soon like concerts or parties. If you're interested then accept the invite but don't be caught out. It's easy to be caught off guard and say yes to something whilst secretly trying to think of a way to get out of it. Honesty is the best policy so if you're not interested then politely decline - they'll get the message soon enough.

4. Give Me Just a Little More Time

Does this person make excuses to talk with you for a little longer? Do they even cancel their plans so that they can spend a little more time with you? This could be a sign that they like you and want that extra time with you.

Are they making excuses to be with you? Perhaps they just 'happened' to be in the area and thought you fancied a bite to eat. Of course, they may just want to spend time with you because you're a great person and there may not be a romantic interest being expressed here, but it could also be a sign that they like you romantically.

Watch this person's body language. Do they mirror your movements? This can be a classic sign that they're attracted to you. How 'open' are they with their body language? Do they move closer to you and touch you subtly? Patting your hand, touching your cheek or moving closer can be classic flirtation signs. If you're uncomfortable with this then make it clear but if you're secretly enjoying it, well, enjoy it!

Does this person compliment you sincerely? It may be a sign that they're interested in you romantically. Perhaps they've said you have a nice smile or complimented your hair, clothes or jewellery. They may just be being friendly but equally could be showing an interest in you.

People tend to forget the little things that aren’t important to them. So if he remembers your favorite ice cream flavor or the name of your perfume, he’s a keeper. Remembering little things about you shows that he’s paying attention.

Some men are shy. However, it’s not fair for you to be the one initiating contact all of the time. It’s fine for you to start the conversations, as long as he does the same. You don’t have to alternate every single day, but it’s a good sign if he’s willingly contacting you first. It means that he wants to talk to you, not that he feels like he has to.

10. Others Are off Limits

Men love to talk about women. If you’re friendly with a guy that isn’t interested in you, he’ll probably comment on other girls, or even ask you to set him up with one of your friends. If a man hasn’t mentioned any other girl while he’s around you, there’s a reason. Of course, he could still like you, even if he has mentioned other girls. Some guys like to make you jealous.

No one is happy all of the time. If he’s all smiles around you, it might mean that he’s trying to act his best when around you. You could even be the reason for his smile. Seeing you might make his day!

In class, does he always sit right next to you? If you invite him over, does he sit on the opposite end of the couch or right beside you? How much distance he keeps (or doesn’t keep) can tell you a lot. If he aims to be as close as he can, then there’s a good chance he likes you.

If he blatantly comes out and says he’s single, he wants you to know he’s available. Of course, most guys won’t be that blunt. Keep your ears open, because he might slip his relationship status into the conversation. Men can be sly, you know.

Does he touch your arm while he speaks? Does he allow your legs to press against one another when you’re sitting close? If he’s comfortable touching you, he at least considers you a close friend. But if the touching is frequent, then chances are that he wants to be more.

Do you banter all day and night? If you constantly joke around with each other, there’s a friendship forming. Even if he doesn’t think of you as girlfriend material yet, all you have to do is wait. He’ll realize what he’s missing soon enough!

Above all trust your feelings and intuition. If you think they may be interested and you're interested too, ask them out on a date. And don't be disillusioned or disheartened if it doesn't quite go to plan. Just congratulate yourself for trying and move on. What other classic signs are there that someone likes you romantically?