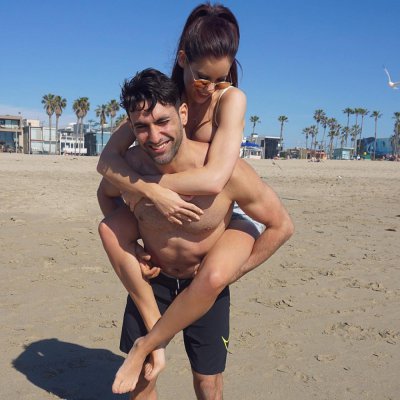 If you like a guy, you need to make a move. Don't worry, because you don't have to do anything big. You can start out small and then work your way up to the tough stuff. As long as you put in effort, you should be proud of yourself. So here are a few tips that'll help you land your crush:

Don't glance away when your eyes meet. Make eye contact and then smile, so he knows you're friendly and approachable.

Walk right up to him and say hello. After you introduce yourself, you'll feel a lot more comfortable talking to him.

3. Bring up an Event You Want to Attend

Mention that you've been dying to see a movie. Hopefully, he'll get the hint and ask you to see it with him.

4. Become Friends with His Friends

If you're nervous to talk to him, start by talking to his friends. Once you get in good with them, they'll put in a good word for you.

If you want to spend time with him outside of work or school, throw a party and invite him to it. Then he'll see you in a new environment.

If you're too nervous to speak to him, you'll never get to know each other. That's why you need to treat him like any other guy. He's only human, after all.

If you assume that he'd never like you, then you're going to psych yourself out. You have to think positively if you want to get anywhere with him.

9. Give Him Your Phone Number

You don't have to give him your number for him to set up a date. You can tell him you need it for emergencies, in case you miss a day of school or work and need updates from him.

10. Get Involved in Groups He’s in

If he's in a book club, you should join it. The more often you see him, the more chances you'll have to talk to him.

Men are visual creatures. They love seeing a sexy lady, so make sure you dress to impress.

If you pay attention to what his body language is telling you, you'll be able to tell if he's in a good mood or not. On his happy days, walk up to him and make his day even brighter.

Bat your eyes at him, lick your lips, and play with your hair. Do whatever you can to show him that you're interested, so he'll actually ask you out.

Tell him how much you love his new haircut or how sexy his muscles look in his new shirt. He'll be flattered by whatever you comment on.

Once you two get close, give him a little token of affection. Bake him some cookies or give him a gift from the dollar store that made you think of him.

Don't simply hint at the fact that you're single. Make sure he knows that you don't have a boyfriend, so he realizes he has a chance with you.

The quickest way to land a date with your crush is to ask him out yourself. Most men think it's sexy for a woman to take the initiative, so don't be embarrassed.

You'll never get a boyfriend unless you put yourself out there. Do you think you have a chance with the guy you're crushing on?