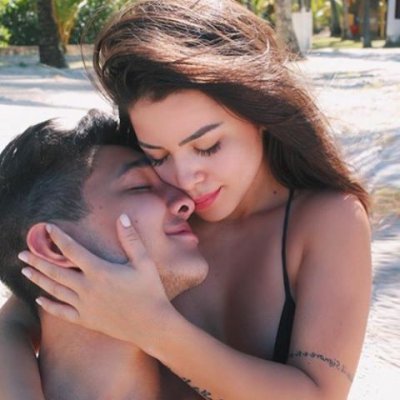 It's just as unhealthy to spend too much time with your partner as it is to spend no time with him. You don't want to smother each other. You don't want him to become your entire world either, because there's so much more you have to live for. So if the following things describe your relationship, you're probably a little too attached to your man:

1. You Freak out when It Takes Two Seconds for Him to Reply

He doesn't have to reply to your messages in under ten seconds. If it takes him ten minutes to write you back, don't freak out. He might be busy.

2. You Can’t Go a Day without Seeing Him

3. You Won’t See Your Friends Alone

It's nice to have friends that allow your boyfriend to tag along. However, sometimes you should go out without him. You can have a social life of your own, you know.

4. You Can’t Make a Decision without Him

You should consult your man before making big decisions. However, you shouldn't ask him what you should eat for lunch. You can make that choice on your own.

5. You Cry Whenever He’s Gone

You shouldn't freak out whenever you have to spend a weekend without him. Distance makes the heart grow fonder, after all.

6. He’s the Only Thing You Care about

There's more to life than your relationship. You can't quit your job for him. A career is important, too.

7. You Won't Watch Tv without Him

There are certain shows you should save for watching with your man. However, you're allowed to watch TV without him.

8. You Ditch Others for Him

You shouldn't ditch your friends, just because your man wants to come over to watch Game of Thrones with you. He shouldn't outrank your gal pals.

9. You Rely on Him for Everything

You shouldn't rely on him to clean your kitchen and pay your bills. Don't lose your independence.

10. You Turn down Fun Opportunities for Him

Do you turn down party invitations and overtime at work, because you know it'll take you away from your partner? That's unhealthy to do.

11. Your Parents Are Concerned

If your friends tell you that they're concerned about your unhealthy relationship, hear them out. They could have a point.

12. You Never Leave the House

You can't spend every single day cuddling with him. You need to go out and live your life eventually.

13. You're Neglecting Your Work

If you won't get your schoolwork or paperwork done, because you're neglecting it to focus on your relationship, there's a problem.

14. You Let Him Pull You Away from Family

If you blindly listen to your man when he tells you to stop talking to your bestie, then your relationship is unhealthy. You shouldn't do as he says without question.

15. You Invite Him out without Asking

If your friends invite you over, make sure you ask them if your boyfriend can come before inviting him yourself.

It's fun to shower together every once in a while, but it shouldn't be happening on a daily basis.

17. You Tell Each Other Everything

It's healthy to talk about your day, but you don't need to tell him how many calories you consumed and how many times you visited the bathroom.

You don't need to be with your man constantly in order to prove your love for him. Do you think you're too attached to your man?