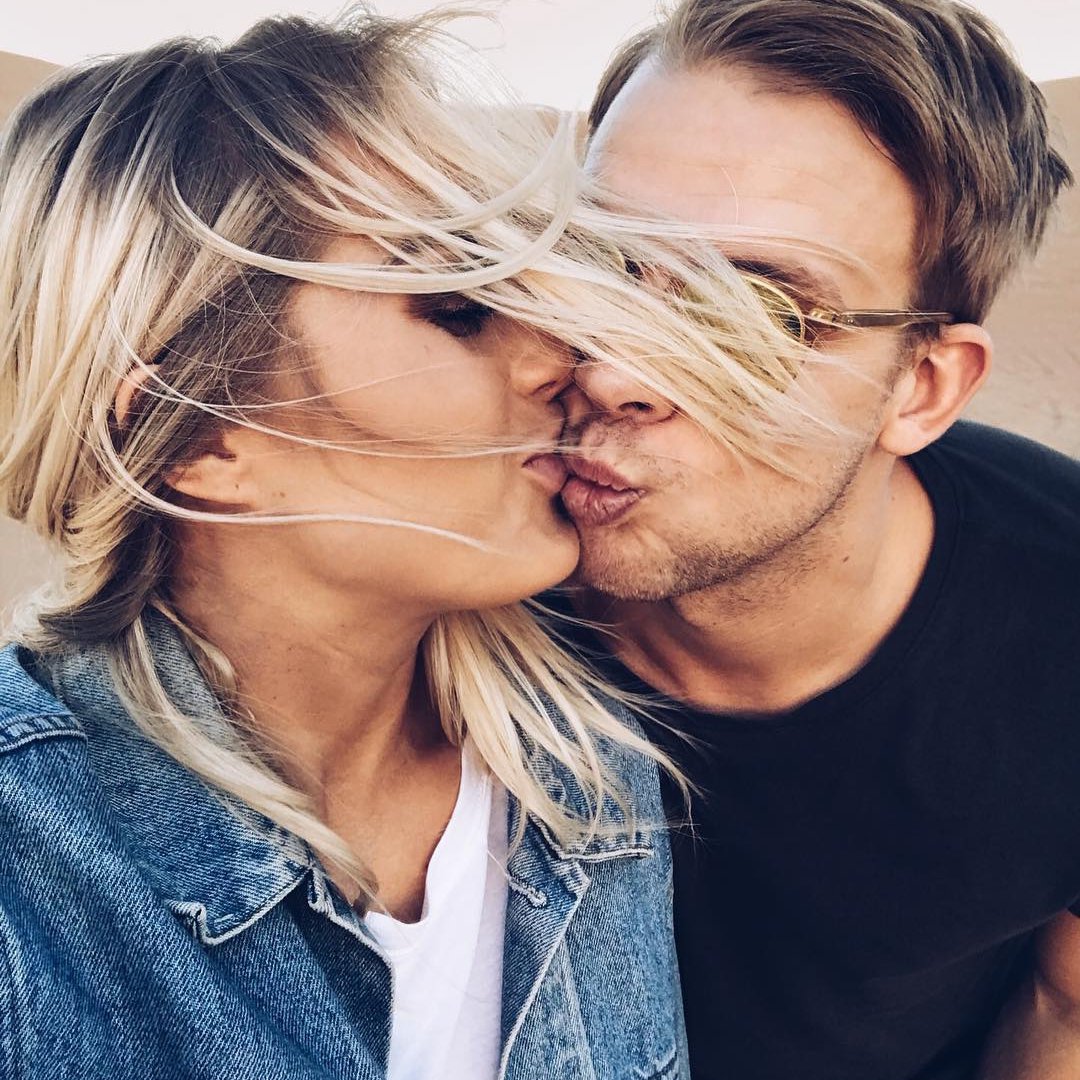 Too often, girls sit around and ponder (for hours) about what they're going to say and how they're going to say it to a guy. Texting is NOT supposed to be that complicated! These guidelines will help sort out that baffled and confused feeling you get when wanting to text a guy. Here are 23 things to say/not say when texting boys:

1. Forget about Your Menstrual Cycle

Ladies, let's get this straight: boys have absolutely no desire to know when your Aunt Flow is visiting. If anything, they want to imagine that you are the one female who doesn't have that family member. So if you are holding back from seeing a guy because of your period, take the opportunity to play hard to get. A thing to say when texting a boy is letting him know you already have plans or are busy during the week. He will be jealous wondering who you are with, when really you'll be curled up with two special men named Ben and Jerry.

We all want to constantly tell the guy we're drooling over that we miss him, and like him, and want to blow his phone up with emoticons, but the truth is it will just scare him away. Don't be that girl who texts her boyfriend "I miss you" when he leaves to go to the bathroom. Instead, take the opportunity to text him something sexy like, "I can't wait to take you home tonight," or "Wait till you see what's underneath this (clothing)." That way you'll turn the tables and have him drooling over you.

Men are extremely visual. They are constantly thinking about sex, food, and sports. If you put a picture in their mind, that is what they will focus on for quite some time. When a guy asks you what you're up to, always respond with something sexual. For example, if you're driving in traffic, lie and tell him you just got out of the shower. If you're home watching The Notebook with a bowl of popcorn, tell him you're out dancing with your friends. The best is to let a boy know you're just lying in bed. Remember to keep it simple and don't overdo it. It's all about letting him explore his own imagination.

Want to make men crazy? It's always good to throw them for a loop when figuring out things to say and not say when texting boys. When you first get a text from a guy, reply with, "Who is this?" He has this whole expectation of your response in his head, and just put himself in the hot seat for texting you first. After he tells you his name, just be casual and keep it simple. Humbling a male's ego is a great beginning to a conversation!

5. Leave out the Baby Talk

Anything you would say to a newborn baby stays far away from the conversation when it comes to things to say and not to say when texting boys. A guy does not want to be coddled, especially through a phone. Don't remind him of his mother. Keep out the "hey baby, hey sexy, hey cutie pie, hey sweetie." I know it sounds like a good idea, but if you're texting him, use your flirtation in a sly way instead. Even talking about the weather can be sexual. Just make sure to keep your greetings in the friend zone. Think of it as if you're texting your brother.

Girls, how many times do you respond to a guy, wait, and hear nothing back, then text him again? Your one and only solution is if a guy wants to talk to you, he will talk to you. It's plain and simple. If you want a response with a guy, the thing to say when texting a boy is a question. Don't push it by overwhelming him with stupid questions that make it obvious you just want to be texting. Give him a chance to text you. Play cat and mouse, give a little, and take a little. You'll never now how much a guy is into you if you don't give him the chance to pursue.

7. Keep the Ball in Your Court

When it comes to things to say and not to say when texting boys, you always want the ball in your court. If a guy asks you to hang out, keep it short. Go with a "sure" or "cool" and see if he responds with plans. If he doesn't, tell him you're pretty busy and need to check your schedule. Don't make him feel like a priority. A way to keep the ball in your court is by making sure he texts you last. That way if you ever feel like texting him first, which shouldn't be too often, you can because he was the last one. Make the last text you send him something he has to respond to, that way you're in the clear on leaving the conversation.

Have you ever taken your time to carefully compose a text and only get a one-word or even a one-letter answer? It can be totally infuriating. While men might be guilty of doing the same thing, they actually find it annoying to send you a long text and get a seemingly insincere short response. Take the time to form a longer response next time, he'll appreciate it.

It's one thing to ask where your guy is when he's running 15 minutes late, but it's quite another to constantly ask where he is, just because. Just because he doesn't answer your text right away, don't bombard him with "OMG, where are you?!" texts. Even if you're worried about him, these texts can appear overly attached or possessive.

If this is the first time either of you are saying the L-word, don't do it via text. It's a big deal and saying "I love you" over a text message makes it less special and it might appear like you easily utter these special words to anyone.

The next time you're going out with your girls, shoot him a text letting him know that although you'll be out having fun with the girls, you'll be thinking of him, too. Or why not just send him a photo of your hot outfit? That pretty much guarantees that you'll be on his mind!

Everyone loves a compliment, but there is such a thing as being too sweet. Anytime you compliment your guy, make sure it's not over-the-top or it can come off as fake or as if you pay a lot of people these compliments. Make it unique to your guy and avoid doing it too often.

No matter how giggly you are in real life, constantly adding "LOL" after all of your texts can get on any guy's nerves. Most of the time, the "LOL" has nothing to do with the conversation and it's just fluff. There's nothing wrong with letting your guy know you're laughing at his funny comment, but too many "LOLs" can be too much!

14. Go Easy with the Emojis

I get it... emojis are SO much fun to use. I mean, they express just about everything! However, you don't need to use them in every single text and you definitely don't need more than one in a single message. He wants to read your words not just a field of happy faces!

UGH - I hate "texting rules". There's no reason you have to wait three days after seeing someone before texting them. If you want to talk, go ahead and type up a message! It's alright to initiate conversation - just try using these guidelines to help you! Remember, don't bombard him with messages - keep it cool and casual.

16. Don't Pretend to Be Something You're Not

It's always important to stay true to who you are. If you're not a big sports fan, don't text him about how much you love football. If he finds out that you're faking the interest, he might just think that you'd say anything to have common ground with him. Lies don't stay lies for long - he'll see through it and will not be impressed!

Let's be real, we should ALL know the difference between they're, their, and there. Use them all correctly to help maintain an actual conversation; using poor grammar is just lazy! He probably wouldn't take too much notice to it but eventually, he's going to start to wonder if he should start correcting you!

We all have bad days from time to time but you don't want to be known as a negative Nancy who's always texting bad news or gossip. Keep things light-hearted and positive so he'll look forward to getting texts from you! Maybe he's having a bad day and you just might put a smile on his face!

19. Be Mindful of the Time of Day or Night

Any time you text someone, it's always good to be considerate of their schedule before you start shooting off texts. Your crush might be a super early riser who goes to bed early or maybe he's the opposite who likes to sleep in as late as possible. Either way, you don't want to be the reason he wakes up grouchy!

Another text etiquette tip you might want to practice is to take your time replying. This kind of goes along the same lines as not answering the phone on the first ring when he calls, you don't want to appear overly eager. Take your time replying so you not only keep him guessing but it also gives you time to craft the perfect flirty response.

I know the simple, "k" response can drive a guy nuts and it also drives me insane! If you want to let him know you agree or got his last text, put some effort into your reply and at least say, "got it" or "see you then." You don't want to appear lazy or that you don't really care what he has to say, right?

Texts and emails are so convenient and fun but, they can also be easily misconstrued. If you receive a text from him that seems a little off, try not to take it personally. He could be kidding around and it didn't translate well through text message or maybe it just came out wrong. Give him the benefit of the doubt and save the serious conversations for face-to-face interactions.

23. Give Yourself Time to Cool off

I hope you don't get into an argument over text but if you do, give yourself some time to think and cool off before you reply. Taking a minute can save you from firing off a series of angry texts or threats you don't really mean. If you feel yourself getting angry or bothered, take a few deep breaths and go get a drink of water before you reply.

So girls, next time you pick up your phone, remember these 23 things to say or not to say when texting boys. Keep up your flirt, don't be an easy catch, and make every word count. You'll have your phone lighting up all the time. Better yet, you'll be going out more with these guys all the time! Just be aware that he may not be able to wait till the end of dinner to put his hands on you. What are your rules for texting boys? Do you have any other ideas to share?