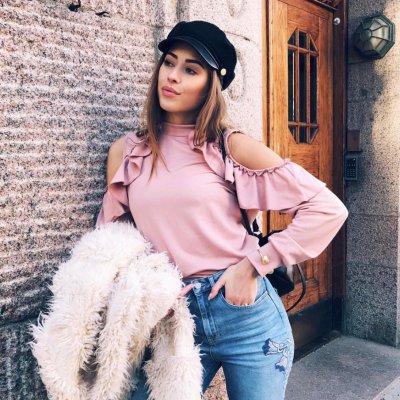 You don't need to be in a relationship in order to be happy. In fact, some of the happiest, most successful women in the world are single. Of course, that doesn't change the fact that it can suck to be the only girl around who's single. So here are a few things to remember if you've never had a boyfriend boyfriend before:

1. Plenty of Girls Are in the Same Boat

You might think you're a loser for being single for so many years, but you're not. I didn't have a boyfriend (or my first kiss) until I was nineteen. More girls than you think are in the same boat as you are.

2. There’s Nothing Wrong with You

If you're sick of being single, and want to find a boyfriend, you should start visiting new places. If you keep doing the same thing, you'll keep getting the same results, so switch things up.

4. Give New Guys a Chance

Even if a guy doesn't seem like your type, there's nothing wrong with going on one date with him. He might be totally different than you thought he was.

Don't fool yourself into believing that you're alone for life. One day, you're going to find someone who fits you perfectly.

6. You Need to Be Patient

7. There’s Someone out There for Everyone

It doesn't matter how strange you think you are. There's someone out their whose weirdness will fit yours perfectly.

Why do you hate being single? It's actually pretty nice. You're free to do what you want, when you want, and you don't have to answer to anyone.

A boyfriend isn't going to save you. He's not a hero. He's just another human, like you.

10. You Have Plenty of Time in the Future to Date

So what if you've been single for the first twenty years of your life? You have a lot more than twenty years ahead of you. What's the rush?

11. Focusing on Work is More Important

Don't stay inside. Unless you're on a dating app, it'll be impossible to meet people. You have to go out and have fun!

Going out isn't enough. You actually have to talk to people while you're out--or at least make eye contact with any cuties you see.

Some men won't ask you out, unless they know you're interested in them. That's why you should work on your flirting, so you can make it obvious how you feel.

You don't have to look like a goddess whenever you step out of the house. Of course, you should look pretty and presentable.

Never act the way you think men want you to act. Just act like yourself. You'll get further in life that way.

17. Move at a Pace You’re Comfortable with

Having sex with a guy isn't going to magically turn him into your boyfriend. That's why you need to move at a pace you're comfortable with whenever you meet a guy you're interested in.

Being single isn't all that bad, so don't stress! What other pieces of advice do you have for women who have never dated before?