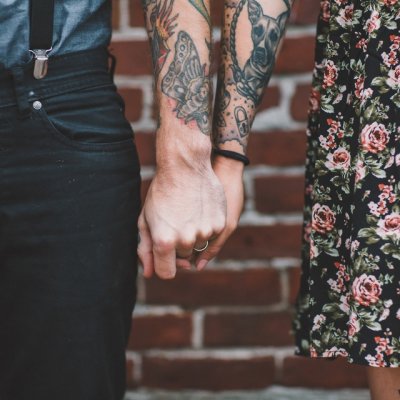 No matter your age, controlling yourself around your crush isn’t always an easy task. If you’re currently racking your brain trying to figure out how to talk to your crush, let alone keep your cool, this list will provide with all (okay, most) of the answers to help you avoid embarrassing yourself in front of your crush. (We’ve all been there, right ladies?)

One of the biggest mistakes you can make when you have a crush is to completely ignore them. When you’re trying to act calm, cool, and collected, you could easily be coming off as cold. Just because you’re trying not to act crazy around your crush doesn’t mean that you have to act like he doesn’t exist, or even worse, that you hate him.

I don’t usually give this advice to people with a crush, so let me explain just a little bit more. If you can’t figure out how to act around your crush without either completely shutting him out or acting like a crazy person, treat him like you would any of your friends. However, this can be a tricky balance. If you’re friends first, it might be even harder to lose them as a friend when you break up or lose feelings for each other.

The Internet is an easy place to get information. Don’t give into the temptation of cyber-stalking and learning too much about your crush. Not only is it just creepy, but it will also lead to issues in your possible relationship. Imagine how awkward it would be if he mentioned something about his cousin and you knew exactly who he was talking about? On top of all of that, it will also just build him up in your head as unapproachable as you learn more and more about via the Internet rather than from him.

4. Have a Reason to Talk to Him

Thanks to texting, one of the most common ways to start a conversation with someone is just by texting him, “Hey.” Maybe it’s just a pet peeve of mine, but I think that’s so boring. What’s going to happen when he text’s back? You’re going to exchange pleasantries and then the conversation is going to fall flat. It’s going to be a boring conversation. Don’t text him unless you see something that reminds you of him or have something you want to talk to him about. That way, the conversation will flow naturally.

The more you’re building things up in your mind, the more worried you’re going to be, and it’s going to show. Take a few deep breaths and relax. The more relaxed you are, the less pressure you’ll put on yourself.

At the end of it all, don’t worry about what other people expect from you. Be yourself, and yes, that’s such a cliché, but when you want to attract someone else, do you want him to like you for you or for who you think he wants you to be?

What are your top tips for keeping your cool around your crush? Let me know all of your tricks in the comments!