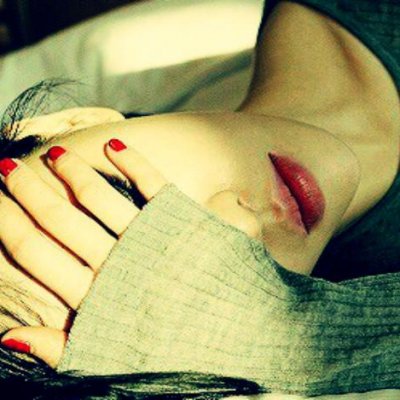 "Okay. What's up with the silent treatment, Maggie?" my boyfriend asked a little too loudly in the middle of our school's lunchroom.

Truth was, I'd been ignoring him ever since he chose to partner up with his bestie over me in Chem class earlier in the day. It wasn't that big of a deal. Something I'd get over easily--that was, if he'd actually apologize. Of course, he didn't seem to realize that he'd done anything wrong.

Since I wasn't one to play games, I answered as honestly and vaguely as I could by saying, "I'm upset."

His face dropped, more annoyed than concerned. Then he leaned forward and asked in a low voice, "Are you on your period or something?"

My eyes narrowed into slits. My front teeth dug deep into my lower lip. "You've got to be kidding me," I said, even though his guess was right on the money.

"Why do girls get so angry when they're asked that?" he wondered. "It's a reasonable question."

I folded my hands together and squeezed tight, prepared to argue for as long as he'd like. "It's not the question itself," I said. "It's the fact that, instead of assuming you did something wrong, you're assuming my hormones are out of control, because you aren't willing to take responsibility for your actions."

His eyes widened, like my tone alone was proving his point. "But I didn't do anything wrong," he said.

"You picked Brian as your lab partner instead of me."

His lips popped out, like he was making a duck face. "You wouldn't normally think that that was a problem. You have Katie in that class. I figured you'd rather work with her... Hold on." He counted on his fingers, ignoring the look of disgust on my face, and then nodded. "Yeah. It's that time. So it is your period's fault."

"Just because I'm on my period doesn't mean it controls every single emotion I have. I know that, when I'm on my period, I can be moody and I can be nasty, but I'm also more honest. During the rest of the month, I hold back when I'm pissed at you, but maybe it's good when I'm 'unreasonable' like this, because at least I can put you in your place."

"I didn't do anything wrong."

"I'll quote the great Louis CK: When a person tells you that you hurt them, you don't get to decide that you didn't."

He took a second, absorbing my words. Then he wrapped an arm around me and kissed the top of my head. "Okay. I'm sorry, babe."

He couldn't see me scrunch my mouth and nose, but he must've sensed the movement. That's why he continued, "I'm not just saying that so you stop being pissed at me. I'm actually sorry. I love you. I don't ever want to talk down to you or make you feel inferior."

"And I'm sure if I asked Brian, he wouldn't mind switching Chem partners."