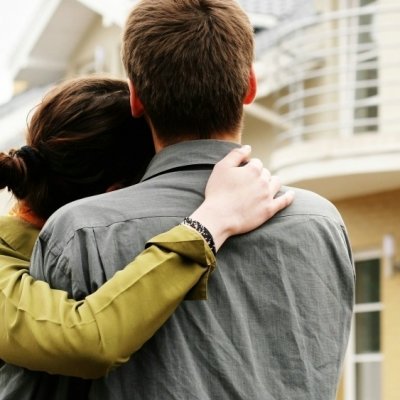 Chores are often one of the biggest arguments between you and your ex. Before the breakup, you were more likely to pick up each other's slack. Now, you don't want to do your partner's laundry or cook dinner for two. One of the best ways to learn how to handle living with your ex is to calmly discuss who will do which chores. An equal balance will prevent resentment and make living together easier.

You might have shared every space before, but now you both need some private space. Rearrange your home so that each of you has your own bedroom. If possible, have separate bathrooms too. Having separate beds in the same room isn't enough. It's vital to have your own room to escape to if your ex is being particularly annoying. Think of it as your own private sanctuary.

Bathroom time immediately becomes an issue when you breakup. It's just not that comfortable showering while your partner brushes their teeth anymore. Work out a schedule to have the bathroom to yourself to get ready for work or school. While you can't exactly schedule every bathroom break, you can schedule shower time. You'll both feel far more comfortable this way.

4. Buy Your Own Things

Before you broke up, you probably shared quite a few things, such as a TV. Sit down and talk to each other about what you can still share and what you're not comfortable sharing. You can then divide things between you and buy what you still need. For instance, if you don't feel like watching TV with your ex, buy your own TV for your bedroom. Try to share as much as possible to make the living situation easier.

The entire bill situation will likely change after breaking up. Before it becomes an issue, discuss who will be paying which bills. Most exes in this situation either split shared bills in half or each person becomes responsible for certain bills, such as you paying for cell phones and your ex paying for cable. Think of each other as just roommates and split your finances accordingly.

Neither one of you likely wants to see the other bring a date home. Talk about dating upfront. If it's not something you're comfortable with, ask your ex to give you a heads up. You can make plans to be elsewhere or your ex could take their date somewhere else. Make sure you set boundaries to prevent any jealousy or awkward situations. This is another reason why you both need a separate area of the house.

7. Avoid Each Other as Much as Possible

If it was an extremely painful breakup, try to avoid each other as much as possible during the first few months. When the two of you feel ready, you can start spending small amounts of time together. To avoid each other, have separate rooms and set schedules to use shared rooms such as the kitchen, bathroom and even living room. It'll take practice, but it can work as long as both parties respect each other.

It's never easy living with an ex, but sometimes you don't have a choice. Until you can get your own place, play nice with each other and make the best out of a bad situation. Have you ever had to live with your ex?